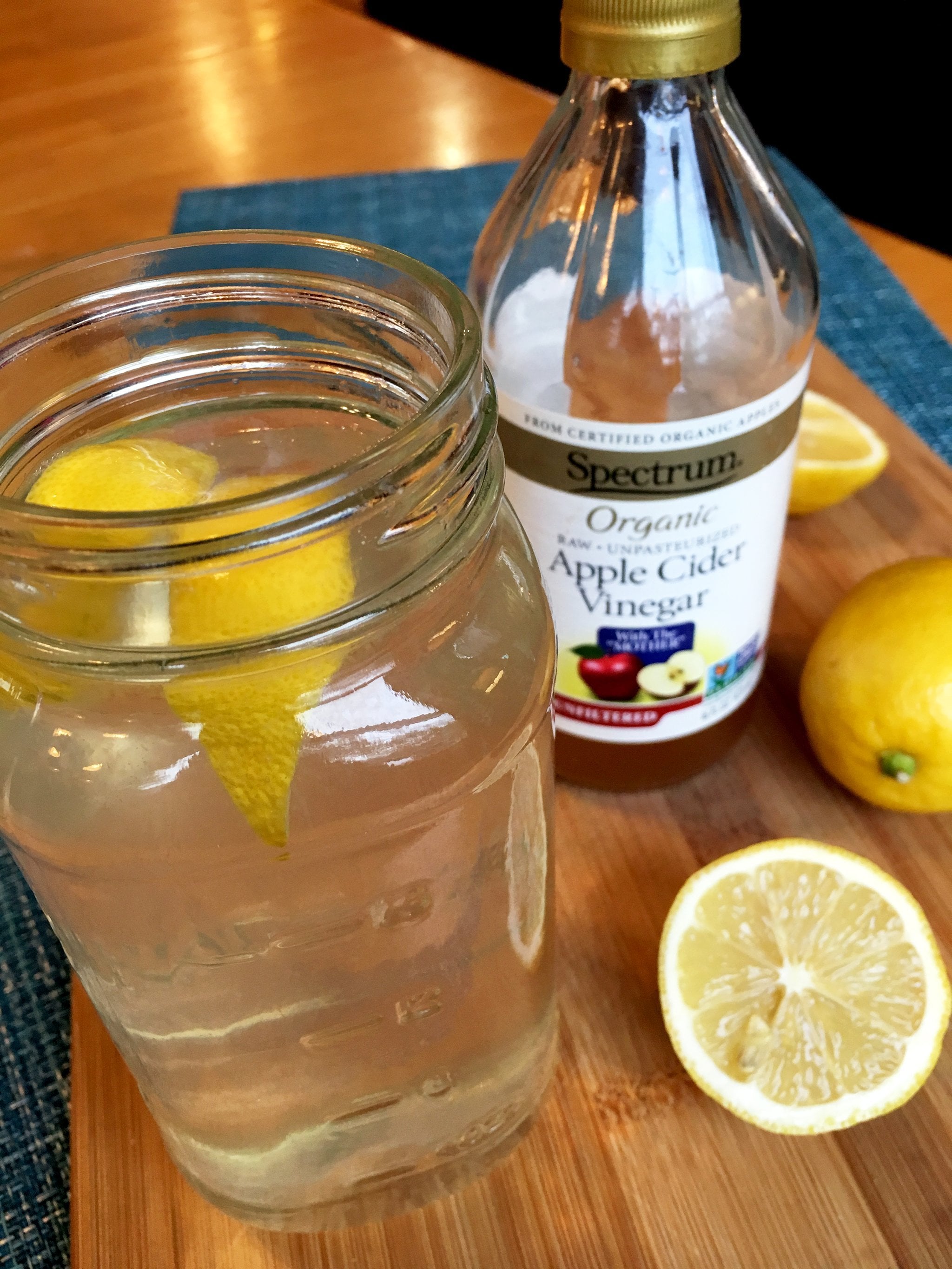 It may sit humbly in your cupboard alongside typical ingredients, but apple cider vinegar has much more to bring to the table than a way to spice up your salad dressing. Known to aid in indigestion, maintain healthy blood sugar levels, and lower cholesterol, ACV has certainly earned its spot on the superfoods shelf. As more research is done on this wonder liquid, additional benefits begin to surface. It's possible ACV may even be able to help at the toughest of times, such as when congestion sets in and it becomes clear you'll be clutching a box of tissues for the days to come.

Some say ACV could help prevent and treat sinus infections, while others believe there isn't solid evidence to back up the claim. We asked experts to weigh in on whether they think the elixir could alleviate the illness and if they've seen this remedy be successful in their own practice.

Related:
When the Flu Knocks You Down, This Is What You Should Eat to Nurse Yourself Back to Health

One of ACV's best qualities is its high vitamin and mineral count, said Constantine George, MD, Epitomedical chief medical officer and founder of the Vedius app, "specifically B vitamins, like vitamin B1, B2, vitamin A, vitamin E, . . . magnesium, potassium, calcium. From that perspective, these can help boost one's immune system, and that, therefore, can help fight off or prevent sinus infections."

ACV also has an alkalizing effect on the body, Dr. George told POPSUGAR, which means it functions similarly to common cold medications. "You've heard of Mucinex before. When you have congestion you take Mucinex, and it kind of breaks up the phlegm and makes it more watery so you can get rid of it easier," Dr. George said. "ACV kind of does the same thing."

Dr. George said ACV has properties that mirror allergy medications. "Imagine when you have an infection, allergies, runny nose, coughing, congestion, most of the time when you go to the doctor's office, they'll tell you to take antihistamines like Zyrtec, Allegra, and Claritin to kind of help decongest you." ACV has naturally occurring antihistamine components similar to these medications, he said.

Though he hasn't personally used ACV with many sinusitis patients, Dr. George says, "It's about 50/50 [effectiveness] with the limited number of patients we do have who have tried it. It's a newer thing that's out there, and you're going to hear more and more about it as the years go on."

Related:
This Nurse's Flu Video Explains Why Healthy People Should Avoid Hospitals Like the Plague

Why Are Some Skeptical?

John McGinn, MD, associate professor of otolaryngology at Penn State Hershey Medical Center, told POPSUGAR that while many effective treatments do come from homeopathic methods, "there needs to be some evidence or scientific basis to it, and right now for ACV, that just doesn't exist."

Though ACV does contain vitamins and minerals, Dr. McGinn said the majority of the American population isn't vitamin deficient. "Therefore, taking more of something isn't likely to yield a significant benefit." He said if someone is truly vitamin deficient, "you would be far better taking a multivitamin."

Dr. McGinn also said any alkaline effect wouldn't work similarly to common cold medications unless the vinegar was consumed in dangerously high amounts. "Unless you take an excessive amount of alkaline material, you're not going to change the pH or the alkalinity or acidity of your body to any large degree. When you ingest it and it's absorbed into your body, your body automatically neutralizes any pH that's different than what your blood wants it to be."

Related:
Taking Too Much Zinc Is a Bad Idea, According to These Experts

Never having seen any evidence confirming or negating whether ACV has antihistamine qualities, Dr. McGinn told POPSUGAR, "Antihistamine is good for allergies; it has nothing to do with sinus disease or nonallergic rhinitis."

For those who want to stick with natural methods, Dr. McGinn said, "Nasal irrigation or the neti pot has been shown to be very helpful for people with nasal conditions."

If You're Going to Try It, How Should You Take ACV?

First things first, never put apple cider vinegar directly in your nose, said Adrienne Youdim, MD, associate professor of medicine at University of California, Los Angeles. "The mucous membrane is a thin part of the skin; it's not like your hands where it's rougher," Dr. Youdim said. "People can develop burns inside the mucous membrane from using ACV or any kind of vinegar as a rinse."

The easiest way to use ACV is to drink it, but it's important to dilute it with water to avoid burns on the esophagus, Dr. George said. Though there's no established dosage for ACV, Dr. George recommended diluting an ounce (two tablespoons) to two ounces (four tablespoons) in an eight-ounce glass of water daily. Drinking more than that can lead to tooth decay, upset stomach, and other complications, he said.

Related:
Not Even the Gym Is Safe From Cold and Flu Germs — Here's How to Protect Yourself

Another option is steaming ACV. "Imagine putting some [ACV] in a pot, diluting it with water, steaming it up, and leaning your head over it to breathe in the fumes of the ACV bath," Dr. George said. If using a small pot, Dr. George recommends putting four to five ounces of ACV in the water. When breathing in the steam, make sure to keep your face far enough away from the hot water, he said.

There isn't much research on how ACV reacts with other medications, Dr. George said, making it important to consult your doctor before turning to this home remedy.