When going dairy-free, the number one food most people mourn over is their loss of cheese, but a close second is yogurt. Creamy, sweet, and easy to find, it's a great source of protein and probiotics, and your spoon can't help but feel sadness when it has no more yogurt to dip into. 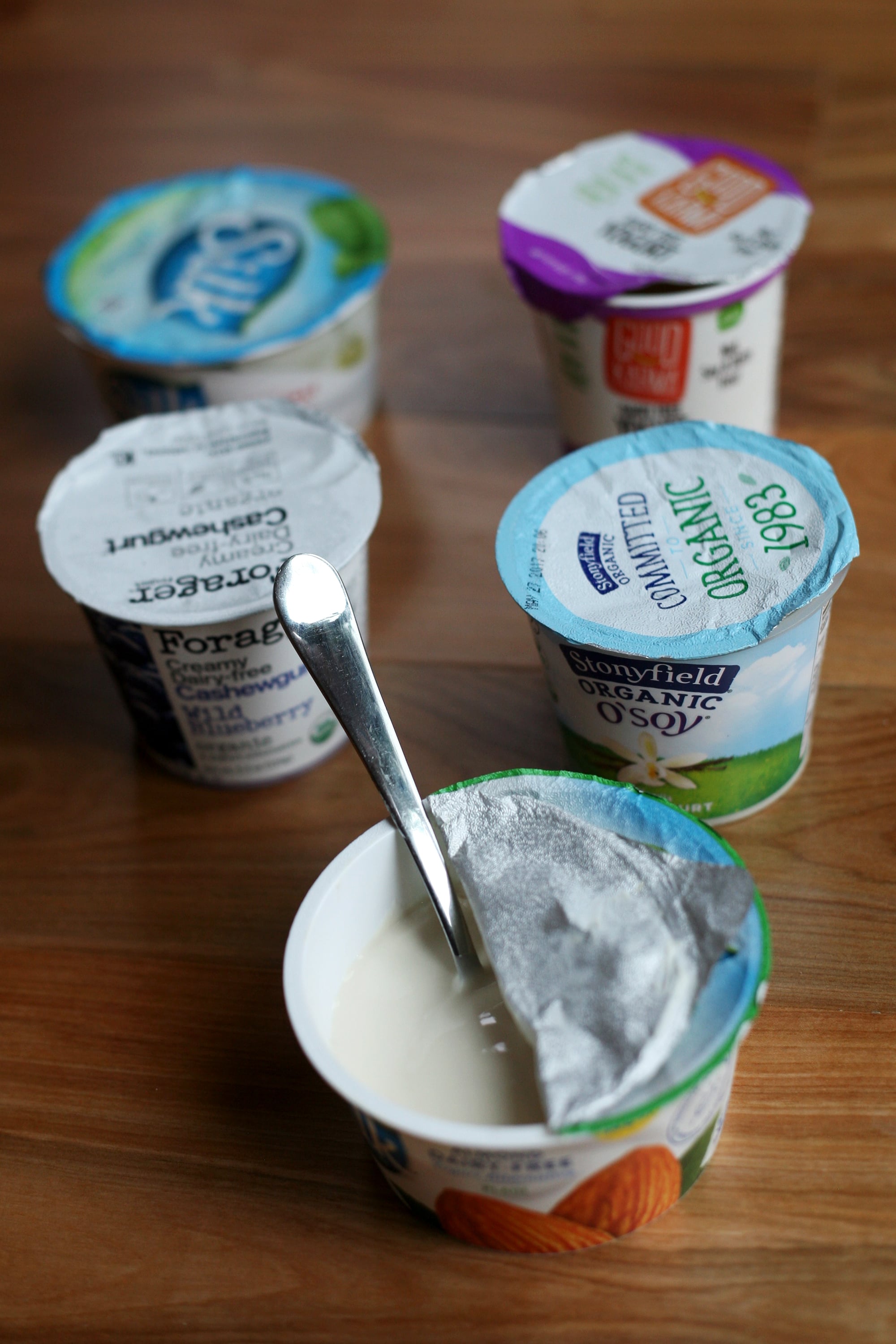 But there are dairy-free alternatives! As a vegan, I've searched and taste tested just about all of them. I spent a ton of money because these babies aren't cheap and these six dairy-free yogurts are my absolute faves. They taste delicious — like they-could-pass-for-real-yogurt-and-they-fooled-my-husband-and-kids kind of delicious!

Related:
Giving Up Dairy Changed My Body in So Many Surprising Ways

Honorable mention: So Delicious Coconutmilk: Creamy and sweet, this yogurt definitely has a strong coconut flavor and a somewhat waxy, oily texture, so it's not my favorite, but I know people who love it, especially since it's soy-, gluten-, and nut-free and offers 45 percent of your daily vitamin B12. With less than one gram of protein, the Vanilla is 110 calories, has 12 grams of carbs, and less than one gram of sugar.

I know what you're thinking. These yogurts don't contain as much protein as Greek yogurt. You can fix that! Just DIY your own dairy-free Greek yogurt by stirring in some plant-based protein powder.