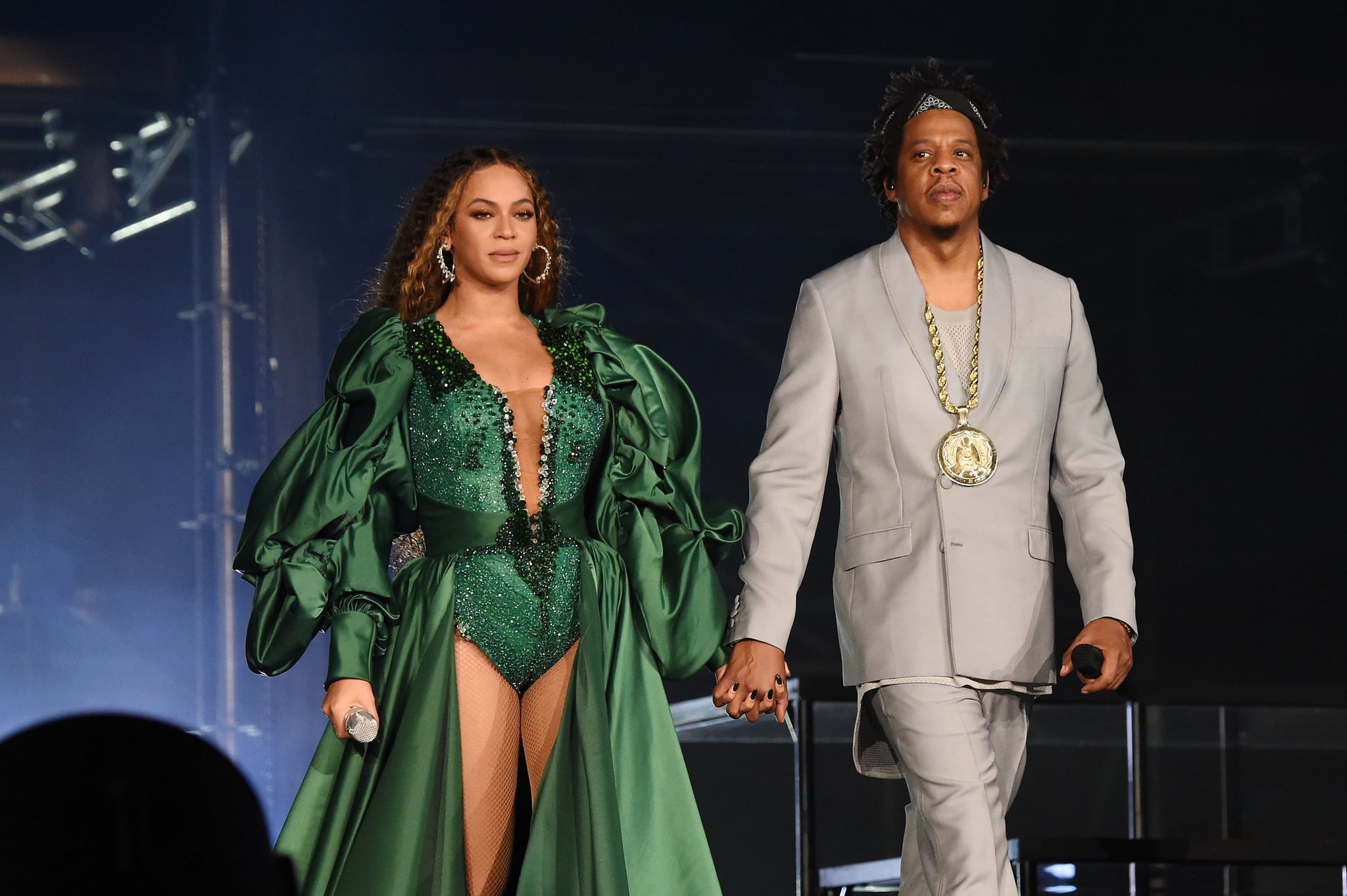 We can all keep hot sauce in our bag in 2019! In honor of new year's resolutions, Beyoncé and JAY-Z have a request of their fans: to eat more plant-based foods. Beyoncé has been open about her vegan diet in the past, but now the Carters are challenging fans to do the same for the sake of the environment. Beyoncé's trainer and longtime friend Marco Borges recently released a new book, The Greenprint, with an intro from JAY-Z and Beyoncé where they open up about the importance of going vegan.

"Having children changed our lives more than anything else," the couple wrote. "We used to think of health as a diet — some worked for us, some didn't. Once we looked at health as the truth, instead of a diet, it became a mission for us to share that truth and lifestyle with as many people as possible . . . The facts about plant-based eating are hard to ignore. The benefits of a single plant-based meal per day can have a profound impact on our health and the environment. Chronic diseases seem more prevalent than ever before — especially among those with lower income levels and less access to real food. It's not a poverty issue. It's not a minority issue. It's an all-of-us issue."

While many people adopt a vegan diet for the heart health benefits and better fitness performance, the Carters are thinking bigger picture: the future of the planet.

They continued, "We want to challenge you, as we challenge ourselves, to move toward plant-based foods. We all have a responsibility to stand up for our health and the health of the planet. Let's take this stand together. Let's spread the truth. Let's make this mission a movement. Let's become 'the Greenprint.'"