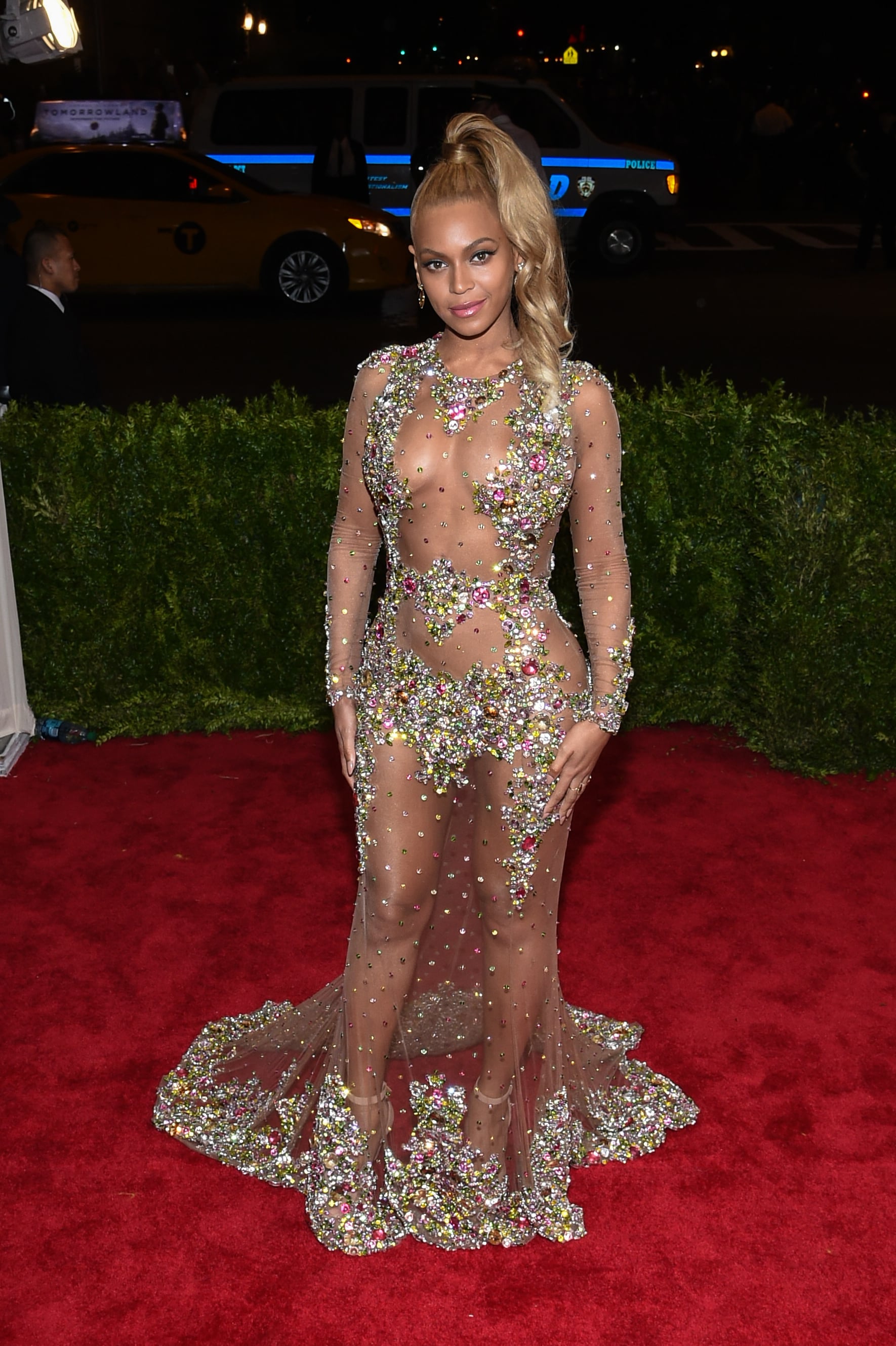 One look at Beyoncé's Met Gala appearance over the Summer and it's clear — the singer's diet is working. Beyoncé recently appeared on Good Morning America to discuss just how much she loves being a vegan (and to talk about her 22-day vegan meal delivery service as well). In a video on the morning show, Beyoncé admits that she "is not naturally the thinnest woman, and I have struggled since a young age with diets. And finding something that actually works for me and actually keeps the weight off has been difficult for me."

Beyoncé and husband Jay Z first tried a sustained vegan diet in December 2013, when they completed a 22-day vegan challenge. They've done the challenge since then, and today Beyoncé credited it as the only way she's been able to drop pounds in a sustainable way. "[I] got the weight off fast, and the weight stayed off," she told the morning show. Other benefits? "I felt like my skin was really firm, a lot tight[er] than when I deprived myself of food," she said.

Beyoncé's new business venture with longtime trainer Max Borges is a vegan meal delivery service, but you don't have to drop $9 to $15 per meal to reap the benefits of a vegan diet. Try one of our 22 vegan dinners to help you eat fresher, whole foods, one dinner at a time.