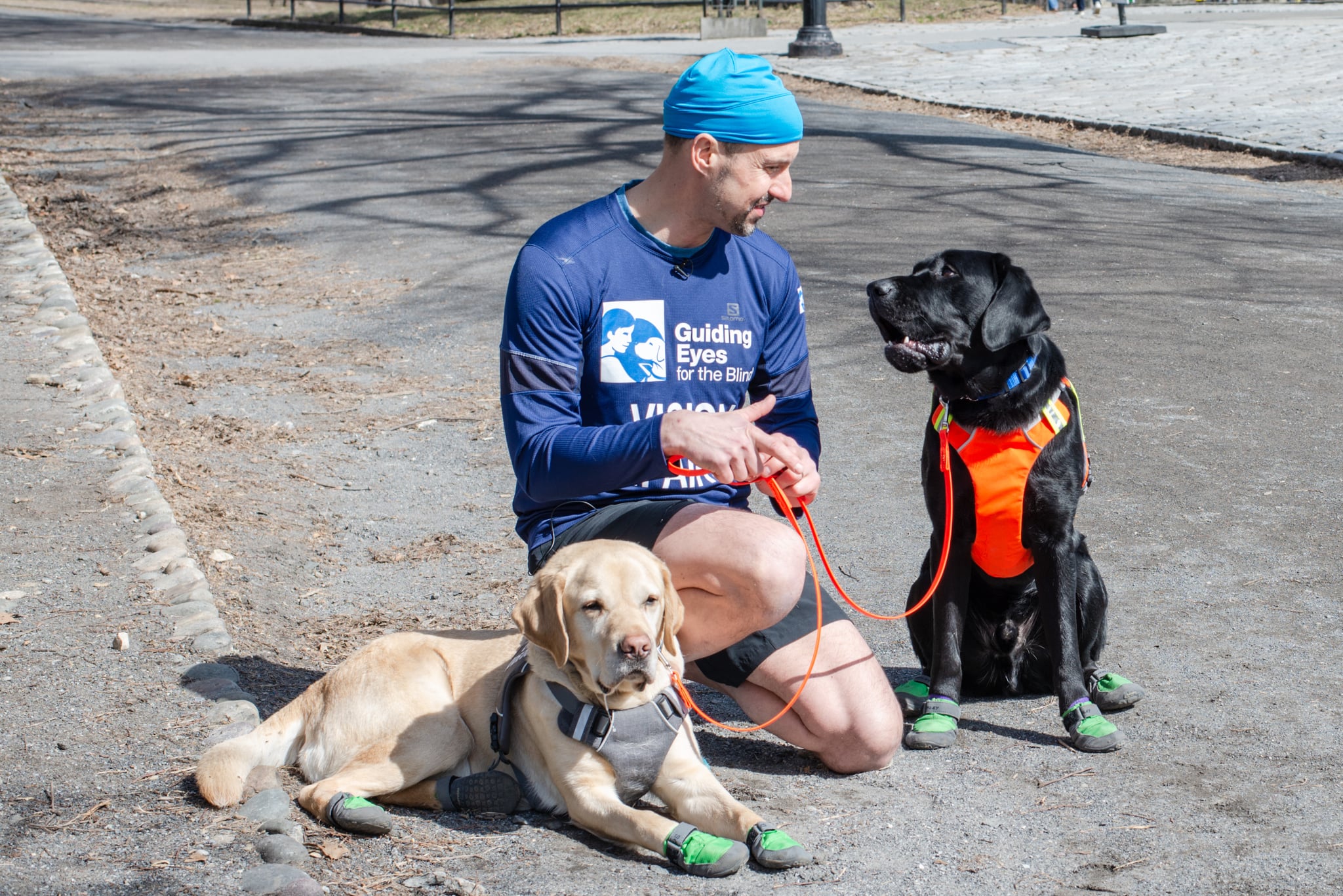 Thomas Panek places a lot of faith in his service animals — so much, in fact, that he'll be the first blind athlete to run the United Airlines NYC Half Marathon guided only by dogs. The 48-year-old resident of South Salem, NY, has run most of the major marathons — including Boston, New York City, and Chicago — with the help of human guides, but he feels ready to run this race solo.

"It got to the point where I was relying on human runners to come get me and guide me to run at their pace and on their schedule," Thomas told POPSUGAR. "I've had a guide dog for 20 years, and my dog is well-equipped to keep me safe on a daily basis, so it didn't make sense to me to have to find another runner when I could have [him instead]. Dogs are running creatures."

Thomas is the president and CEO of Guiding Eyes For the Blind — a nonprofit that has provided more than 1,000 guide dogs to people with vision loss — and while this race is a personal triumph, it could also pave the way for other athletes with disabilities. New York Road Runners partnered with Thomas and the organization to ensure that the course would be safe for the dogs. The dogs will have hydration and fuel stations along the way, just like the other runners, and veterinarians will also be present to provide check-ups — accommodations that other cities may not have allowed.

It's important to Thomas that we work to break down those barriers. "Many people think that all blind people are poking around with a cane, barely able to get around, but we can be athletes and Paralympians," he said. "We need to stop saying things like, 'You can't do something because XYZ.' The conversation needs to not be about who a person is, but rather what a person does." 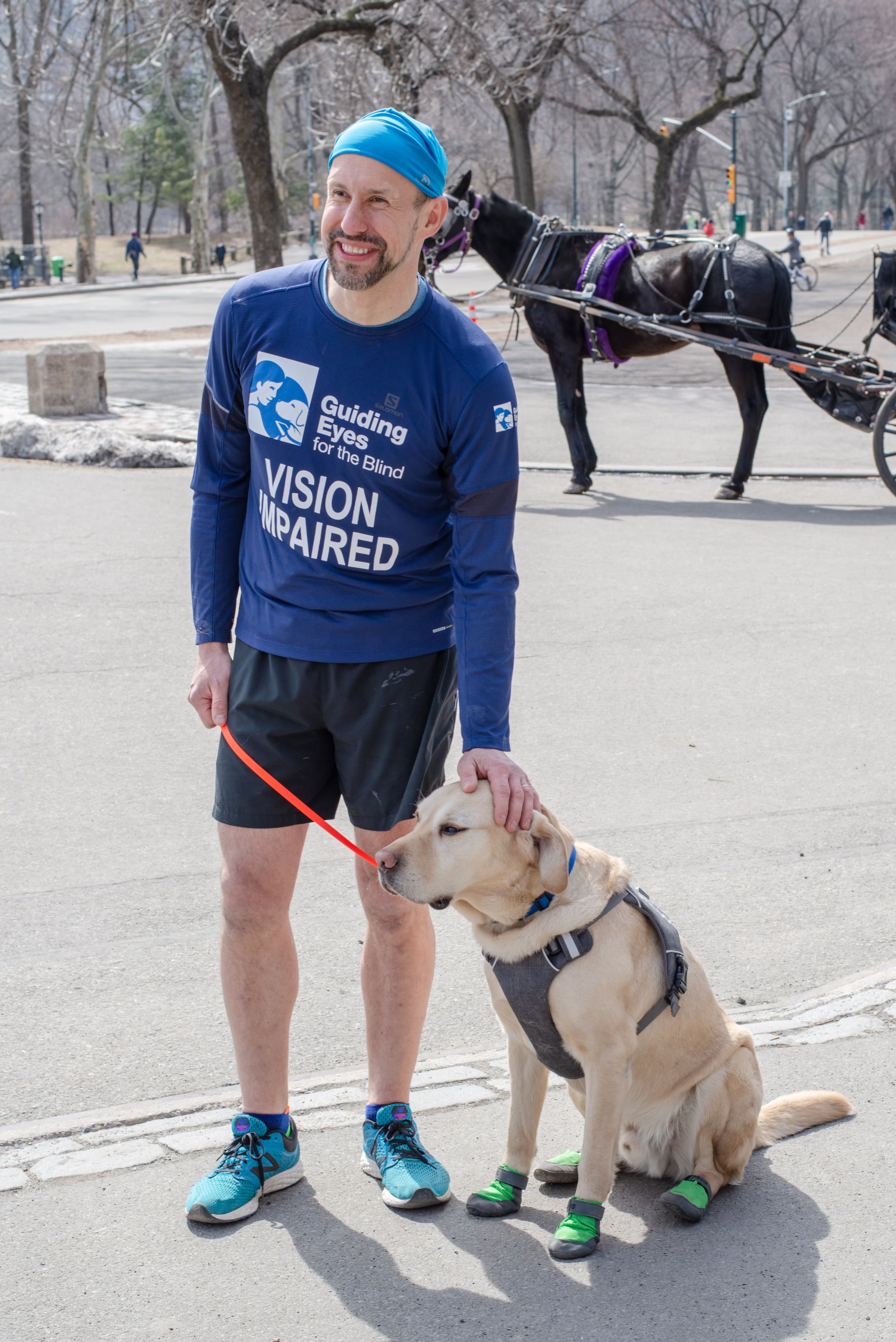 Thomas suffers from a rare genetic disorder called retinitis pigmentosa (RP), in which the cells in the retina break down and are lost over time, causing vision loss. While the disorder initially kept him from running, he eventually found his way back to the sport he loves. He and his guide dog Gus — the first dog formally trained by the nonprofit to perform his guiding duties while running — have been running together for five years now. They've completed a couple organized events, like a five-miler and the prerace kickoff in Boston, proving that Gus is capable of guiding Thomas around cones and on and off bridges — unique concerns for blind athletes. Thomas felt that it only made sense for Gus to be allowed to guide him on a bigger course.

He won't do it alone, however. The golden lab will race as part of a relay team, including a brother-sister lab duo named Waffle and Westley. Waffle — who Thomas said runs at a fast, six-minute mile pace — will lead out of the gate. She'll pass the baton to her black lab brother Westley. Finally, Gus will anchor the race and receive a medal when he crosses the finish line.

"It's up to the dogs to set the pace, so it will be up to Gus and how he's feeling that day, but it's very emotional for me," Thomas said. "He'll be the first dog to receive a race medal." It's certainly a bittersweet moment, as Gus is also set to retire after the race.

You can cheer Thomas and his team on during the half marathon on Sunday, March 17 — coverage starts as early as 6 a.m. ET.

Fitness Gear
The Best Trail-Running Shoes, According to the Experts Who Use Them
by Victoria Moorhouse 3 days ago 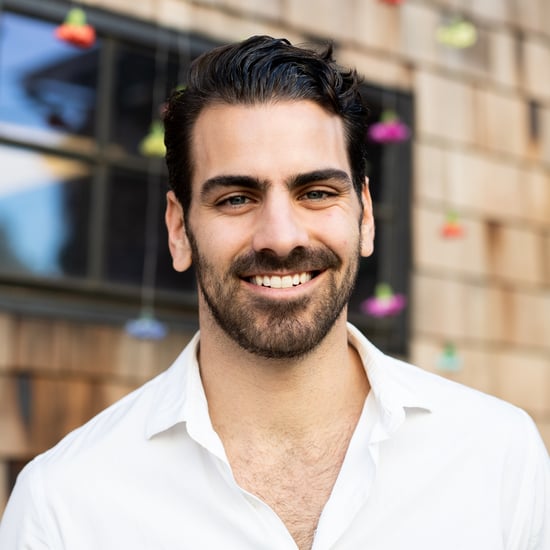 Celebrity Quotes
Nyle DiMarco Wants Hollywood to Do Better: "We Want to See Authenticity Happen"
by Grayson Gilcrease 1 week ago