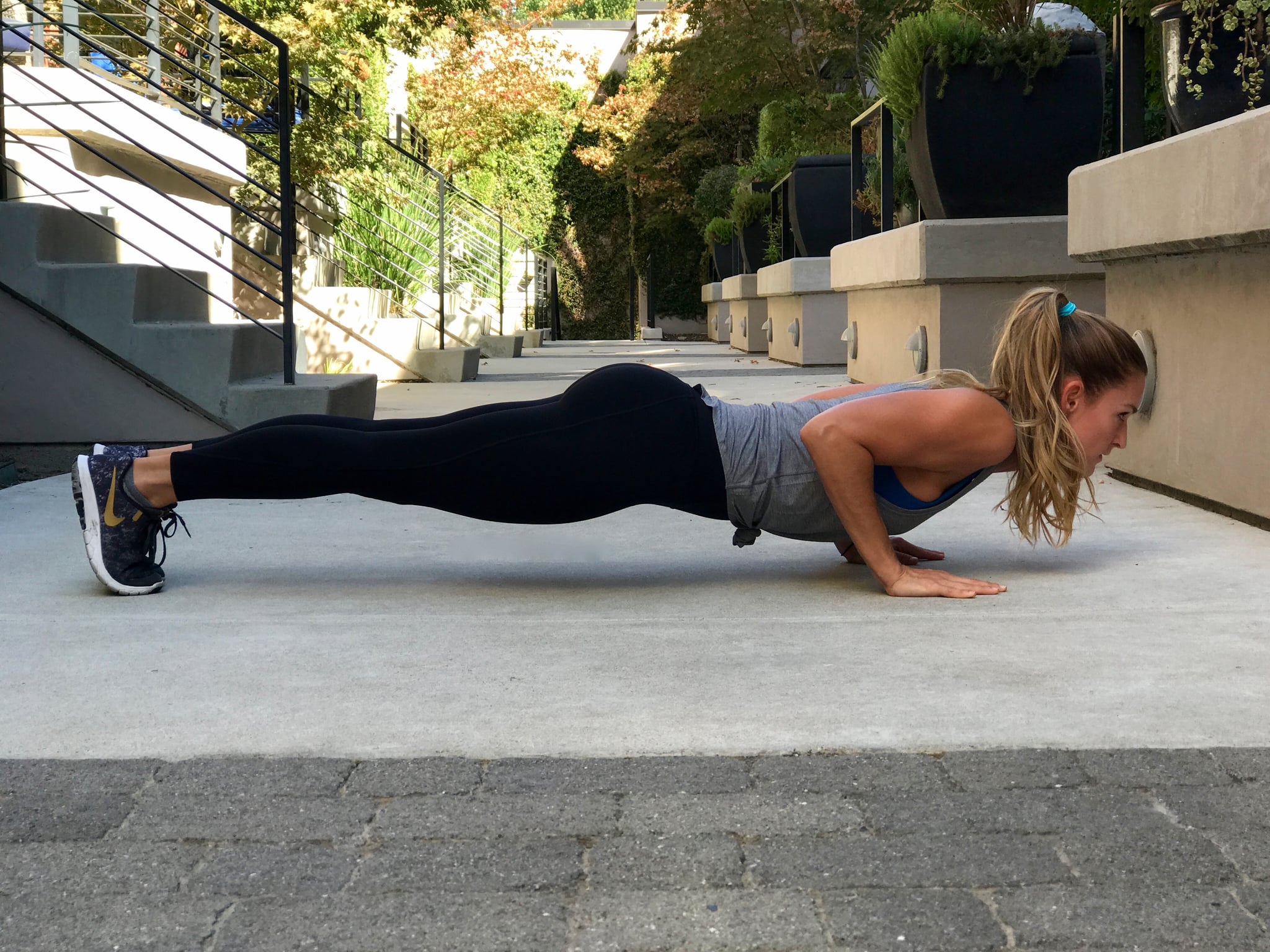 Like all good fitness challenges, it started with an Instagram post. My friend Julie, a bona fide badass and stand-up paddleboard champion, declared she was going to attempt 50 burpees every day for 30 days, inspired by a runner who noticed a huge improvement in her overall fitness after completing a similar challenge. "Who's in it with me?" Julie asked in her post, and I knew I was screwed. I tagged my running partner in the comments and volunteered her to join the challenge as well because that's the kind of friend I am. We'd start the next day (theoretically). At the risk of ruining the suspense, I'll give away the ending: we did it. We did 50 burpees a day for 30 days and even recruited some other suckers to join us as well. Here are the key takeaways:

Related:
Here's What Happened After I Ran a 5K Every Morning For a Week
Related:
Get Stronger Every Day With This 4-Week, 100-Burpee Challenge

Doing 50 burpees every day for 30 days was both harder and easier than I expected — I was truly surprised at how quickly I could get it done every day and what an efficient full-body workout it was. I was also surprised at how much the challenge got in my head — how much time I spent dreading it, how I beat myself up for falling behind, and how the mental workout of learning to just get it done was probably just as valuable as the physical workout of knocking out 1,500 burpees in a month. That's the thing I love about challenges like this: you never know what the takeaway will be. This time it was shredded arms and a renewed appreciation for the sacrament of starting. I'm not sure what the next challenge will be or what the takeaway will be that time, but I have a feeling there are more of these challenges in my future. Who's in?