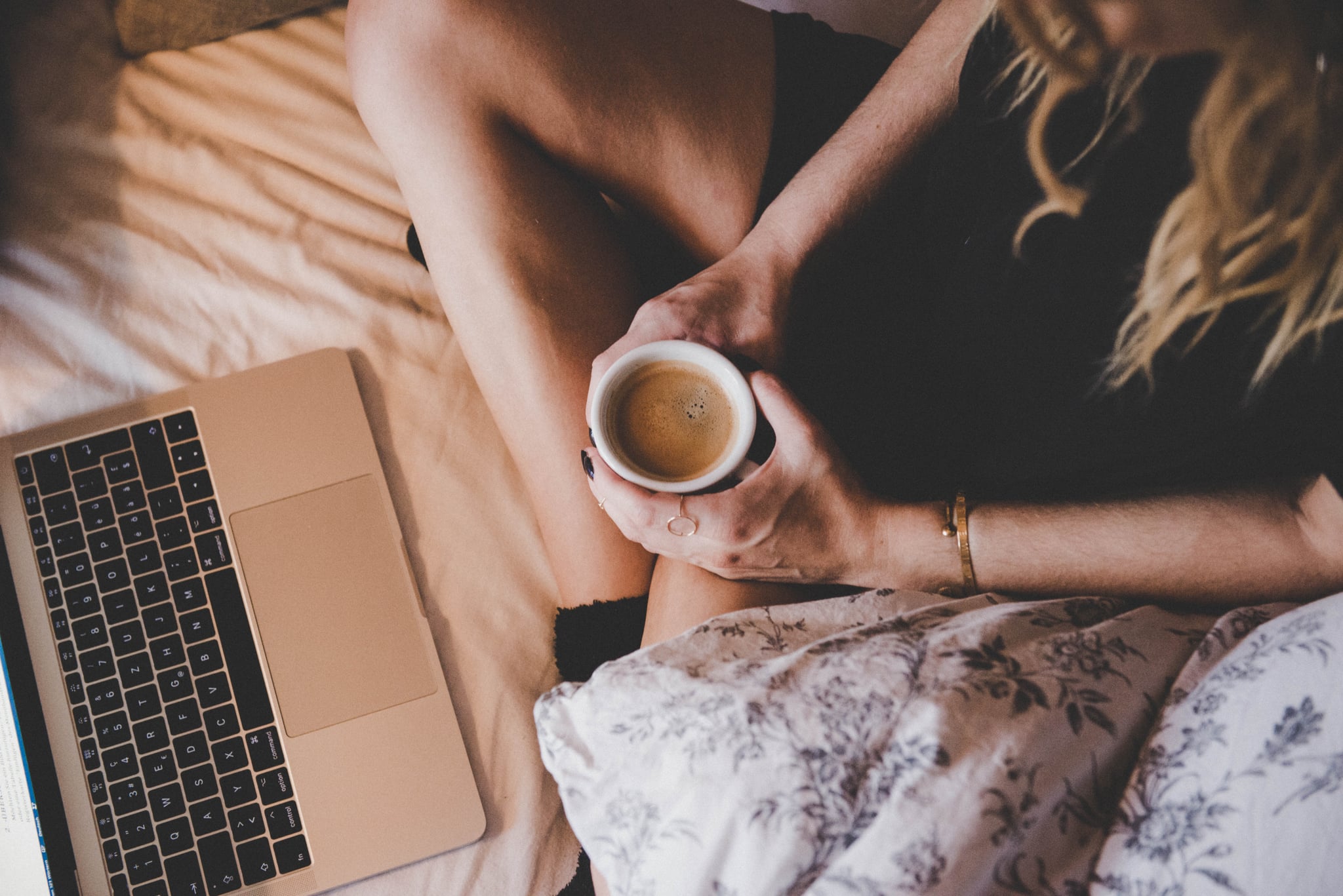 After my endometriosis diagnosis, I honestly didn't know where to start when it came to alternative treatment options. I'd already had surgery, which did help my symptoms, but I was by no means cured. I found myself needing more than what doctors were offering. There was very little information given to me, and after being told by a specialist to just return when my pain got "bad enough for another surgery," I realized I was going to have to do some research for myself and figure out how to minimize my symptoms in other ways.

If you're unfamiliar, endometriosis affects one in 10 women, but despite being a common condition, it's underresearched and very often misdiagnosed — so much so, the average diagnosis time is a staggering 7.5 years!

Related:
This Is What It's Really Like to Live With Endometriosis — and Exactly How I Deal With It

I've had multiple appointments with doctors about my endometriosis, and after asking my consultant what dietary changes I could make to ease inflammation, I was told "there is no scientific evidence to prove diet makes a difference, so that won't help." FYI, a specific endometriosis diet exists *eye roll*, and this book helped me. I knew I had to take matters into my own hands. But it wasn't private health care or specialists I turned to, it was strangers on the internet.

I found support groups, personal blogs, and Twitter accounts dedicated to supporting women with endometriosis and sharing experiences. I followed these accounts, read up on their stories, and realized that I wasn't alone in my unpredictable symptoms. I got in touch with women while researching ways to cope day-to-day with the condition and ended up communicating with many of them on a semiregular basis.

Their conditions vary; some also have adenomyosis, some are unable to continue working, and some are sadly sharing their experiences with infertility. These women share their struggles, their triumphs, and their experiences with different treatments. This offers support that you probably won't find in a doctor's office. Fortunately, I am still able to work and my endometriosis isn't as severe as a lot of these women, but they offer support in a way that others may not understand. I am still trying to figure out how to adapt my life to not "overdo it"; this means finding exercises that don't aggravate my pain but still allow me to be active. One of these ladies suggested yoga, and now it's an integral part of my routine to keep my pain minimal.

The online community is also a great way to communicate with other women about their experiences with treatments that aren't yet widely researched. I asked a few women what their experiences were with Zoladex infections, as this is a treatment I was offered. I came to the conclusion that, despite what doctors were suggesting, it wasn't a path I was ready to go down yet. Thanks to firsthand advice from women really going through it, I was able to make an informed decision.

So here's to all the women on the internet who literally help each other to get through a day at a time, despite the difficulties and pain that get in the way. The internet offers a support system that wasn't available to the generation before us, and I'm so grateful to have it. I've included some blogs below that may help you if you're looking for firsthand experiences or advice or you just want to read up on the condition.