Bob Harper's survival story is miraculous — and a matter of being in the right place at the right time. The 51-year-old trainer told the Today show he had "what they call a widowmaker" heart attack — there was "a six percent survival rate."

The reason he survived? Happenstance. There were doctors in the gym at the time of his heart attack. He had previously told NBC that a doctor performed CPR on him to save his life.

Related:
After Surviving a Massive Heart Attack at the Gym, Bob Harper Is Recovering at Home

Bob has no recollection of the day he suffered the massive heart attack — he only can recall what he was told. "I don't remember that at all," he said. "I was told I went to the gym like I always do . . . at the end of the workout, I went down to the ground." Apparently that's not an unusual incident for CrossFit — as a CrossFitter himself, he explained that "go[ing] down to the ground" is typical in this style of exercise. It wasn't until at least a minute later that anyone realized Bob was in trouble.


"The coach went into full damage control," he said. "He found two doctors that [sic] were there. I was so lucky. . . . Thank God they were there." He went on to describe the resuscitation, saying "They started performing CPR on me. They pulled out the AEDs and used that on me twice before the paramedics got there."

"I was dead. I was on that ground dead."

He also went into cardiac arrest. "My heart stopped. Not to be dramatic, but I was dead. I was on that ground dead." Bob proceeded to go into a coma — and he woke up in the hospital with no memory. "It was super scary for me," he said. "My friends and family were all there . . . I was like Dory from Finding Nemo." Bob got emotional as he described how he kept thinking, "Why am I here? What happened to me?" and said he kept reliving the incident over and over.

Bob told the Today show he's been doing cardiac rehab three times a week (he said it's "hugely beneficial") and is feeling good today. He's also been following doctors' orders closely and has changed his diet to be more Mediterranean.

This event was "hugely shocking" for Bob, given his dedication to health. "I'm a guy that lives a very healthy lifestyle, very regimented, I work out all the time . . . but there were things going on inside my of body that I needed to be more aware of," he said. "I strongly encourage anyone that's listening right now to go to the doctor, get your cholesterol checked, see what's going on on the inside."

Bob will be live on the Today show tomorrow April 5 with Dr. Oz, discussing tips to help save someone having a heart attack. 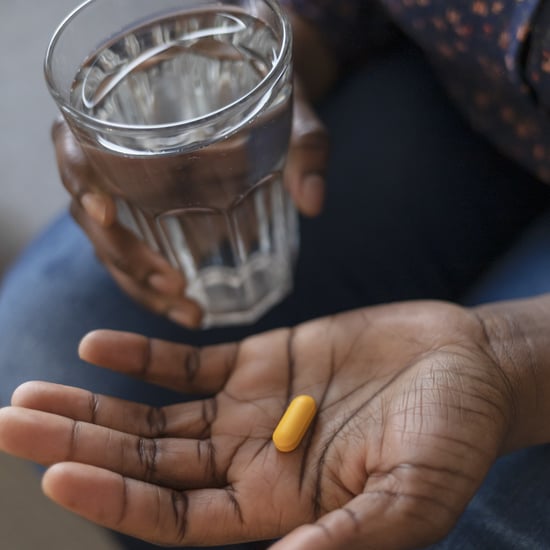