British singer Sam Smith hasn't always been known for his svelte body — but he is today.

The "Too Good at Goodbyes" singer is now earning a reputation as "the incredible shrinking Sam Smith," and while it may seem like an overnight transformation, it's been in the making for some time. After all, people who lose weight do so by committing to multiple healthy habits that help them lose pounds over time.

Smith's journey began two years ago when he opened up about his struggles with overcoming emotional eating. "From a young age, food has controlled me, basically," he told 60 Minutes Australia. "When I was at school and wasn't having a great time or when music wasn't going very well, I would eat. When I felt lonely, I would eat." He credited UK-based nutritional therapist Amelia Freer for his transformation and helping him lose nearly 50 pounds at the time.

"I met a woman who has completely changed my life," he wrote in a now-deleted Instagram caption. "Amelia Freer has helped me lose over a stone in two weeks and has completely transformed my relationship with food. Everyone go check out her incredible book, and start to live healthy. It's not even about weight loss it's about feeling happy in yourself. Love you Amelia & thank you for making me feel so happy inside and out @ameliafreer #eatnourishglow."

Smith was referring to her book Eat. Nourish. Glow. (Her most recent 2017 release is Nourish & Glow: The 10-Day Plan.) Reportedly, he has started making meals from scratch and cut gluten, dairy, and refined sugar.

Now, he can add gym-lover to his list of credits. Billboard reported in an October 2017 story that he works out three times a week with a personal trainer, focusing on cardio and "too many weights."

His newfound diet and exercise habits have helped him continue to slim down even more, though it's not quite clear how much. But people continue to buzz about how his before and after photos are so dramatic that he's unrecognizable. We applaud him for his commitment to feeling good and making his health a priority, but you know what? He looks great either way. 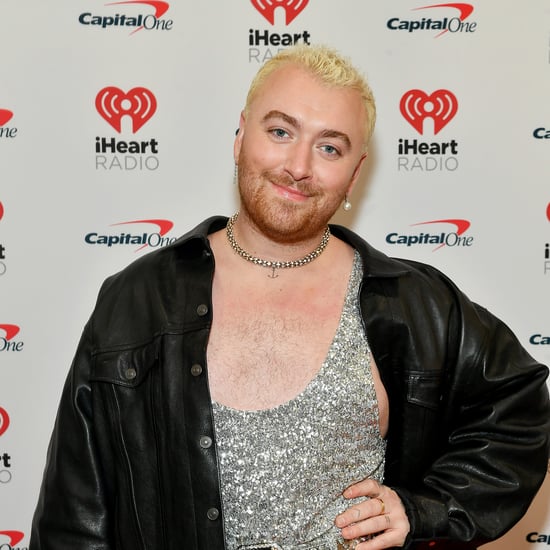