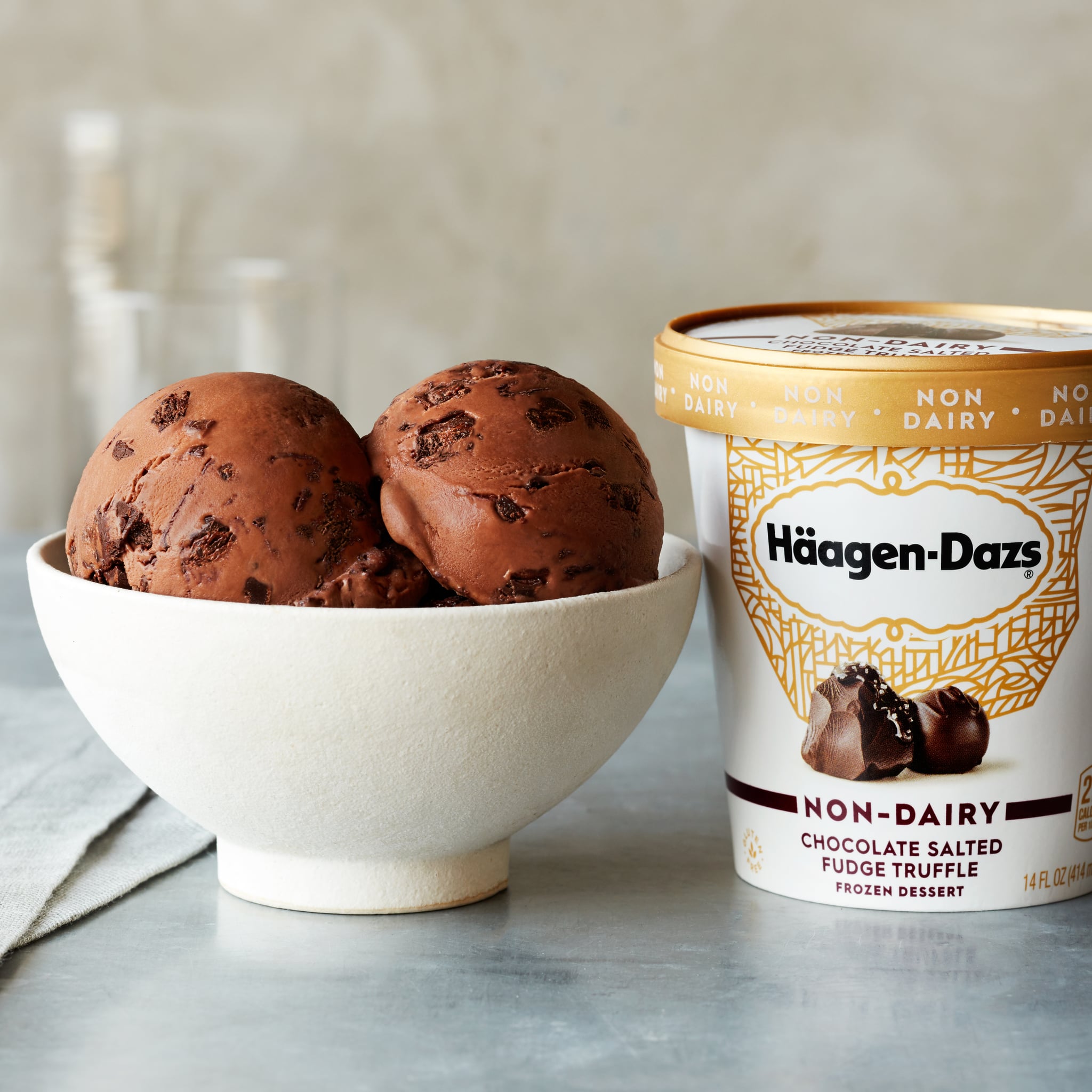 Just last year, Ben & Jerry's launched its first vegan line, which it has since added to with new dairy-free flavors. Unlike Ben & Jerry's, however, Häagen-Dazs will not be using almond, soy, or cashew milk as a substitute.

In a press statement, Häagen-Dazs said it will instead be using other core ingredients — like peanut butter, coconut cream, and rich chocolate — in addition to water and a whole lot of sugar. The company added, "The result? Indulgent non-dairy flavors with a creamier texture and an authentic taste that shines through."

What's more, the nondairy ice cream is already available! You can try the ice cream at Häagen-Dazs shops throughout the nation. For now, pints are being sold at Target.