Could the days where everyone believes that breakfast is the most important meal of the day be gone? While there are plenty of reasons not to skip breakfast, intermittent fasting (IF) presents the idea that skipping breakfast (or dinner!) might be the way to go, especially if you're trying to lose weight (or lower type 2 diabetes, reduce inflammation, improve blood sugar levels, and improve memory, to name a few). But there's more to intermittent fasting than that, and the question remains of whether or not it's safe. We have good news — our experts believe it is.

What Is Intermittent Fasting?

There are several different ways one can go about intermittent fasting, because it's not a one-size-fits-all type of diet pattern. It depends on your lifestyle, goals, body type, how often you work out, and more. Basically, those who practice IF will eat for a certain number of hours a day, and then not eat for a longer amount of time.

"Some early experiments suggest that intermittent fasting can help 'reset' the body's immune system and help maintain cellular health through a process of apoptosis, in which old cells have a planned death in order for new regeneration to occur," Rusha Modi, MD, MPH, told POPSUGAR.

There are different ways to follow intermittent fasting. For example, if you're fasting (not eating) for 16 hours a day, then you can only eat within an eight-hour window. There are also versions of only eating in a six- or four-hour time period. A stricter version is undergoing 36 hours of fasting and 12 hours of eating.

There aren't always many rules to follow in terms of what you can eat, because it's more of a schedule of when to eat. However, there are other versions of IF that include calorie restriction.

Author and doctor Barry Sears describes intermittent fasting as calorie restriction that alternates between starving yourself and then letting yourself eat. It's the "number of calories consumed that counts."

There's also the 5:2 pattern in which, for two days of the week, you consume 500 or less calories, and then slightly increase your calories for the other five days. The goal is to consume less calories than you're burning if you're trying IF for weight-loss purposes.

Are There Risks Associated With Intermittent Fasting?

Intermittent fasting is safe as long as you don't overconsume during the days and times of your meals, according to Dr. Sears. Because patients are often asked to fast for medical tests, "a 24-hour fast won't hurt them," Dr. James Fung, MD, stated, but "the longer a fast, the more risks a patient undertakes.

However, Dr. Modi emphasized that intermittent fasting isn't for everyone. "People who have diabetes or other endocrinological issues should generally avoid this protocol. Same with patients who have congestive heart failure or cardiac disease. Restricted eating at this time can cause drops in blood pressure that can be stressful and even, at times, dangerous for people," Dr. Modi said.

Additionally, pregnant or breastfeeding women, those who are underweight, and children under the age of 18 should refrain from stricter intermittent fasting.

For the average American who is otherwise healthy, Dr. Modi commented that "intermittent fasting is generally safe, and experimenting with it for a brief period of time may yield insights on how to distinguish between real hunger and simple cravings." 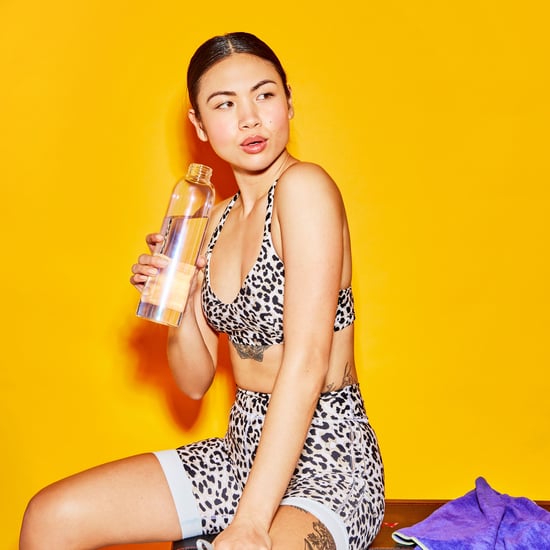 Weight Loss
I'm Feeling So Emotionally Drained and Physically Tired — Could It Be Pandemic-Related Stress?
by Jenny Sugar 1 week ago