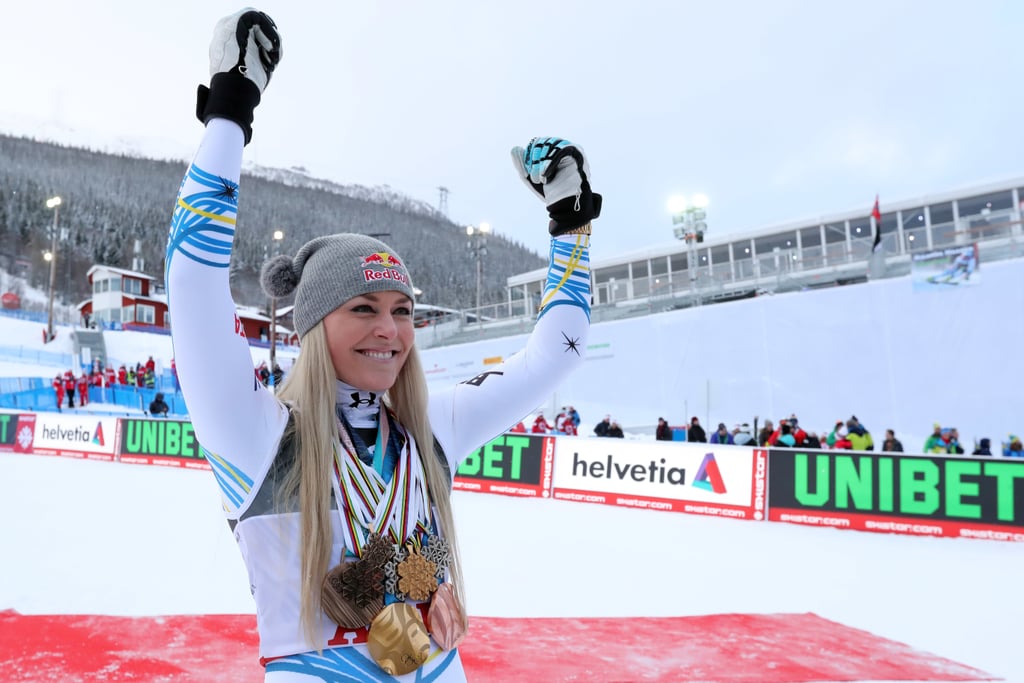 After a decorated career and a series of frustrating knee injuries, Lindsey Vonn announced her retirement in the beginning of February. "Despite extensive therapy, training, and a knee brace, I am not able make the turns necessary to compete the way I know I can," the four-time Olympian wrote on Instagram. Then, days later, on Feb. 5, she crashed during the super-G event at the FIS Alpine World Ski Championships in Are, Sweden. But Lindsey was determined to make it through to her final championship race on Sunday, Feb. 10: the downhill. And she bid the sport adieu with one last medal: a bronze.

"I laid it all on the line. That's all I wanted to do today," Lindsey said after her third-place win, according to NPR. "I have to admit I was a little bit nervous, probably the most nervous I've ever been in my life. I wanted to finish strong so badly." It was on these Swedish slopes that she won her first championship medals in 2007. Now, at 34, she's the oldest woman to receive a medal at worlds.

Lindsey did not beat the record of 86 World Cup wins held by Ingemar Stenmark, but she still has the most World Cup victories of any female skier, with a total of 82. At the 2010 Vancouver Games, she became the first American woman to win an Olympic gold in the downhill. To top it all off, Sunday's bronze makes Lindsey the first female skier to win medals at six different world championships. "I'll miss that wonderful sensation of speed that you can get only by racing down a hill on a pair of skis," Lindsey said at a press conference prior to her final event.

"I DID IT!!!!" she wrote on Instagram the morning of Feb. 11. "One last medal in my final race . . . I couldn't have asked for anything more! Thanks everyone for the years of support, it means the world to me! I'll post more soon but first it's time to go home!" Scroll through for some photos from the Feb. 10 downhill event. Plus, watch the incredible moment Lindsey, all smiles and full of speed, crosses the finish line for the last time. Congrats, Lindsey! 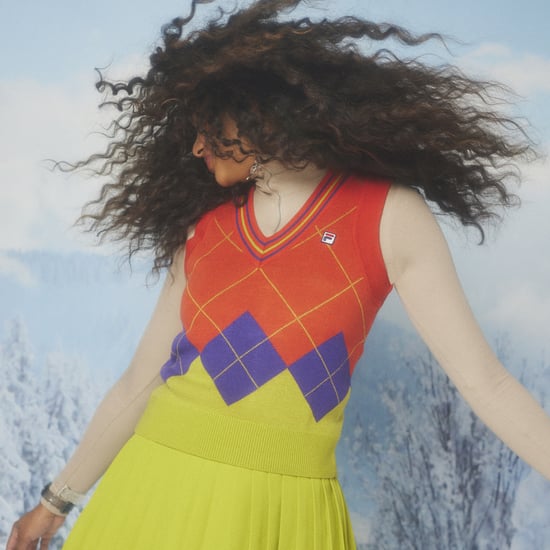