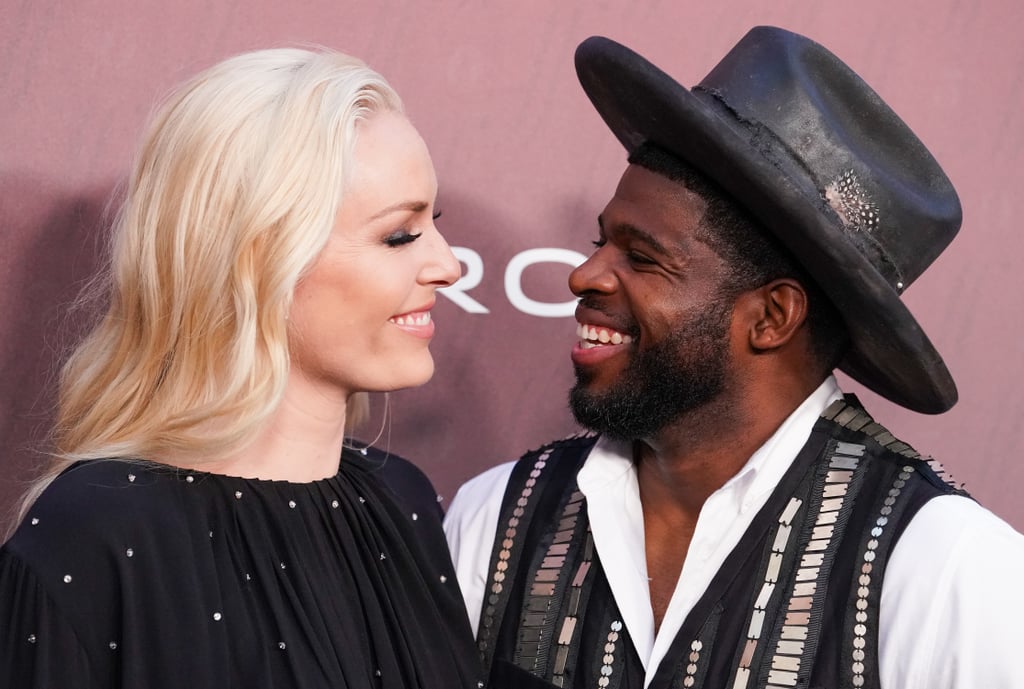 Lindsey Vonn and P.K. Subban Are Engaged, and It's a Match Made in Athlete Heaven!

Ski legend Lindsey Vonn and hockey player P.K. Subban are officially engaged! In an interview with Vogue, the couple revealed that the 30-year-old New Jersey Devils defenseman popped the question on Aug. 14 with an emerald, which is P.K.'s birthstone — green is also Lindsey's favorite color. They met two years ago but weren't romantically linked until 2018, when they made their relationship red carpet official at the CMT Music Awards that June.

Lindsey, 34, split from pro skier Thomas Vonn in 2011 after four years of marriage and previously dated Tiger Woods and former Los Angeles Rams assistant coach Kenan Smith. P.K., Lindsey told Vogue, was different: "After a few months of dating, I knew he was the one I wanted to be with . . . He makes me happy, and he's so positive and energetic." They don't have a set wedding date — Lindsey said she just wants to "enjoy the moment and the engagement" — but she revealed they're planning on moving to New Jersey.

"Lindsey's the best thing that's ever happened to me," P.K. said of the now-retired, record-setting skier. "There are people in life that deserve to be with good people. They have that person who takes care of them and makes them smile, and she deserves to be with someone who loves her more than anything else in the world, and I do."

Lindsey and P.K. posted about their engagement on Instagram with two separate videos that are both hilarious (P.K. is all about that Beyoncé "Single Ladies" reference) and sweet. They're up for cutest couple award in my book. Check out those videos ahead!