Chlorophyll water is a current trend in trendy juice bars and earth-loving yoga studios all over the country, but is there any truth behind the hydrating hype?

Everyone who passed fourth-grade science knows what chlorophyll is; it's the molecule in plants that gives them their green hue, absorbs light from the sun, and uses that energy to make their own food — photosynthesis ring a bell, anyone? Chlorophyll naturally occurs in the dark green veggies that boost your immunity and support your healthy life, but many people are starting to take things a step further by adding liquid chlorophyll drops (found in health-food stores) to their water.

Many alternative medicine circles swear by liquid chlorophyll's power to remove heavy metals from the body, neutralize the toxins and pollution our bodies absorb every day, and enhance energy levels. Some people believe that liquid chlorophyll has an alkalizing effect on water that may help the body absorb water better over time, including celebrity trainer Dalton Wong, who trains Jennifer Lawrence when she's in the UK. When they're prepping for the red carpet, he recommends that Jennifer sips on water pumped up with liquid chlorophyll to balance and detoxify her body.

As for the benefits backed by science, chlorophyllin (a water-soluble derivative of chlorophyll) has been used as an internal deodorant to eliminate bad body odor and heal wounds since the 1940s, but only some observational studies have shown a benefit. Some lab tests have suggested that chlorophyll could help block some cancer-causing chemicals, but there is no conclusive evidence that it would have any benefit against cancer in people.

Natural chlorophylls are nontoxic, and chlorophyllin has been used for 50 years with no reported risks or toxic effects. Liquid chlorophyll can make your urine or feces take a greenish hue — so don't be scared if this happens to you! Otherwise, you want want to limit your liquid chlorophyll intake if you're susceptible to sunburns, since it might make you more likely to get a rash from the sun.

Should You Go For it?

It might be psychosomatic or there might be real benefits to taking liquid chlorophyll, but the science simply doesn't exist yet. If you're curious in trying out chlorophyll for yourself, choose a quality juice source (I like Pressed Juicery's chlorophyll H2O) or start slow with droplets in your water, always following the recommended serving size.

Liquid chlorophyll does not taste as swampy as it looks, but if you want to reap chlorophyll's plant power, eating your fill of dark leafy greens is probably just as effective and more appetizing, if your taste buds are anything like mine. 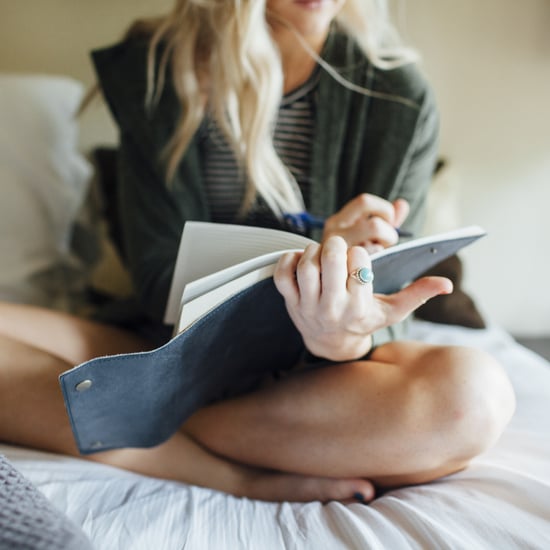 Healthy Living
Struggling to Let Go of the Past? Try These Strategies, Straight From Therapists
by Ashley Broadwater 2 days ago