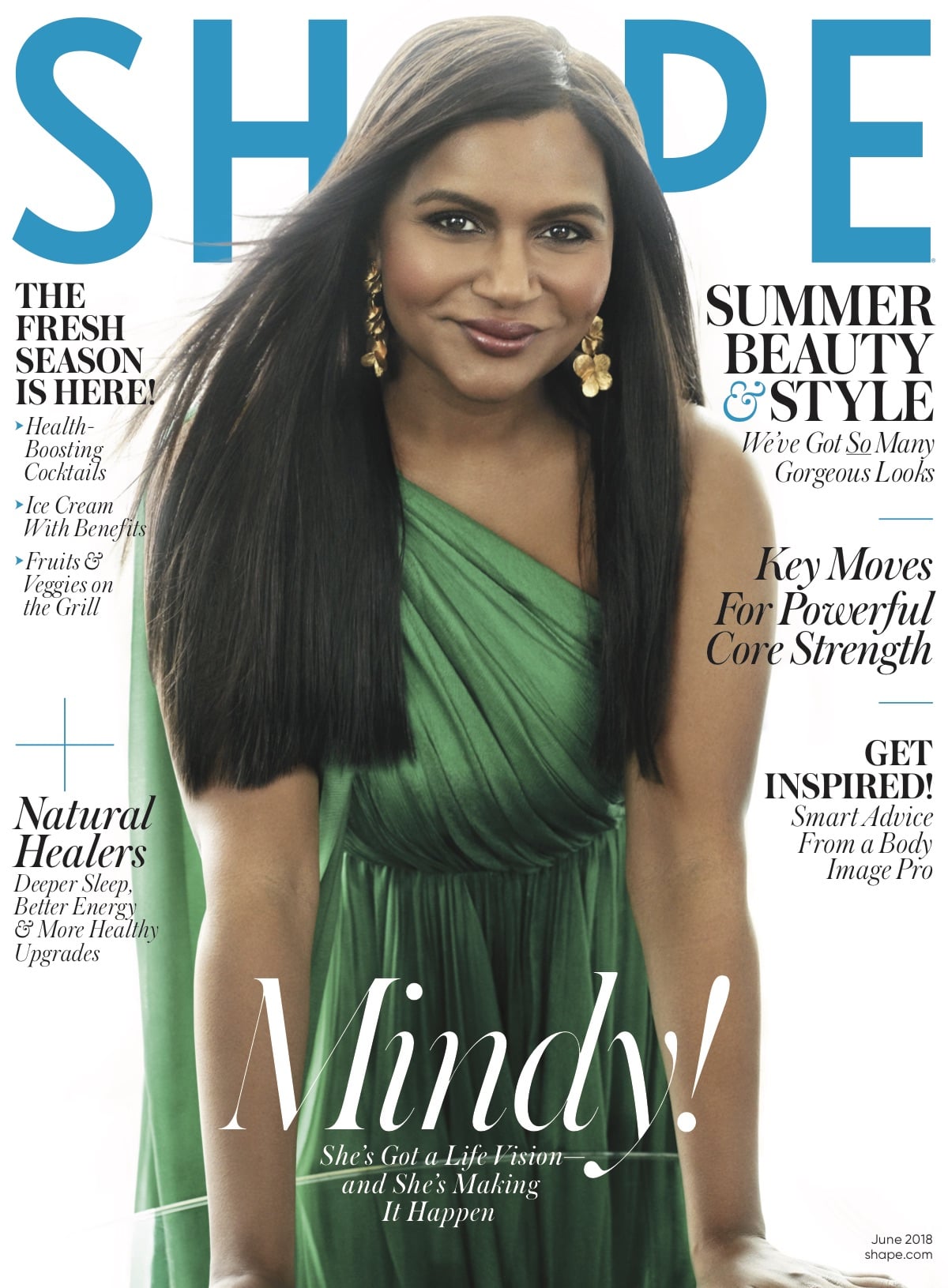 There are so many reasons to be excited whenever you hear Mindy Kaling's name. She's the June cover girl for Shape magazine, and in her interview she spoke about being a first-time mother, how she lost her baby weight, her favorite workouts, and why it's important for her daughter to see her being healthy.

These Are Her 3 Favorite Workouts

When she isn't busy shooting, Mindy can be found working out four to five times a week. "I like to mix up my workouts: I'll do a SoulCycle class, a strength-training class with my trainer, and yoga once a week." She even confessed that "because I'm Indian, I feel like I should be good at yoga, but I'm terrible at it. It's my way of trying to get back to my roots."

This Is What She Eats in a Day

Mindy loves food and proclaimed, "For me, food is life." Whether it's sushi or sweets, Mindy appreciates it all. In the morning she goes for eggs because "they're easy to cook even if you're as bad at cooking as I am." She'll have one to two poached eggs with a third of an avocado and a piece of Ezekiel bread with butter. For lunch, she'll have a large salad with either chicken or fish on top, and for dinner, she'll prepare "something healthy like a piece of salmon with some spinach." When she's going out, she revealed that "I'll order whatever I want and eat half of it. That way I get to taste everything." She's definitely onto something! 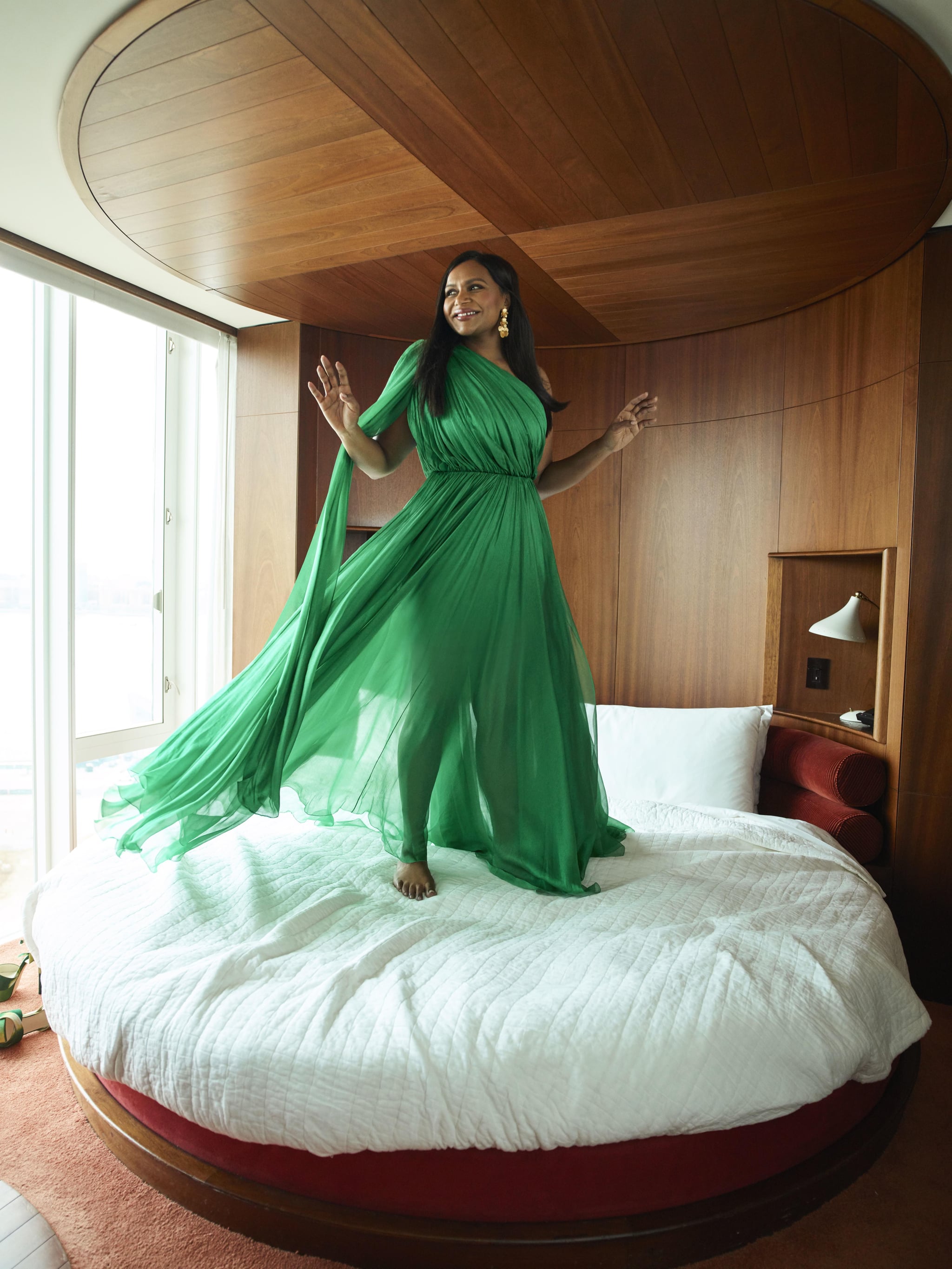 She Works Out For Her Mental Strength

"I love working out," Mindy said, adding that "I don't go to therapy, and I think that's because I get endorphins from exercise. It's such a powerful tool for me mentally." Mindy explained that she doesn't work out to get skinny, but instead she works out for her mental strength, and now that she has a baby, "it's also time that I have just for myself and to focus on my body."

Related:
Mindy Kaling's Take on Being "Tethered" to the House in Early Motherhood Is So Refreshing

She Wants Her Daughter to Enjoy Exercise

Mindy also shared that she's excited for her daughter to see her work out and know that it's a normal part of her life. "I would love for her to learn at a young age that exercise is a great habit to have." She explained that she wasn't raised like that and believes that when you don't see your parents exercising as a child, it can be hard to pick up later in life.

Want to hear more about Mindy's personal journey? Check out all of our coverage of Mindy's appearance at POPSUGAR Play/Ground!

Holiday Fitness
25 Days of Workouts: This Fitness Advent Calendar Keeps You Sweating All Season Long
by Maggie Ryan 20 hours ago