My weight-loss journey wasn't one of those amazing stories like you see on The Biggest Loser where the pounds just melted off. Oh no. I spent years making the same mistakes over and over, which meant not losing a single pound. If you're on the quest to lose weight, learn from my story on what not to do and how I finally made the shift to where I am today. 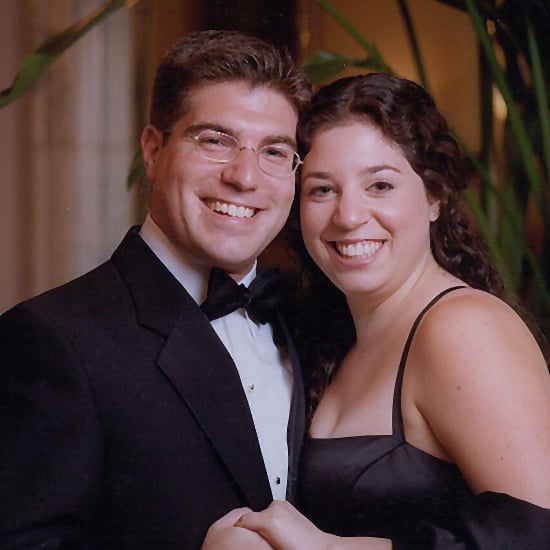 Related:
Stay Healthy, Eat Clean! 1 Month of 400-Calorie Lunches
Related:
How to Strengthen Your Abs and Tone Your Belly

I was never naturally thin or fit, so when I gained that 40 pounds, I was probably already 10 or more pounds overweight to begin with. My weight-loss journey lasted about five years, much longer than it should have due to the mistakes I kept making. Once I started keeping track of my calorie intake, focusing on fruits, veggies, lean proteins, and whole grains, and was running and doing yoga regularly five times a week, it took about a year, losing a pound a week, to get me to my goal weight.

Being on the healthy path was so fulfilling, not just because it made me feel comfortable in my skin, but I just felt so much more radiant, more energetic. I wanted to share that with others, to help them feel that joy, so I became a yoga instructor in 2000 and a health and fitness writer in 2007.

Even through two pregnancies, I was able to maintain a healthy weight and get back to my prebaby body; it just took time and determination. So don't give up. Stick with your healthy ways, and you'll soon have an "After" picture to show off too.

Personal Essay
Deep in My Own Grief, "Wakanda Forever" Created Space to Process Loss
by Nia Shumake 4 days ago