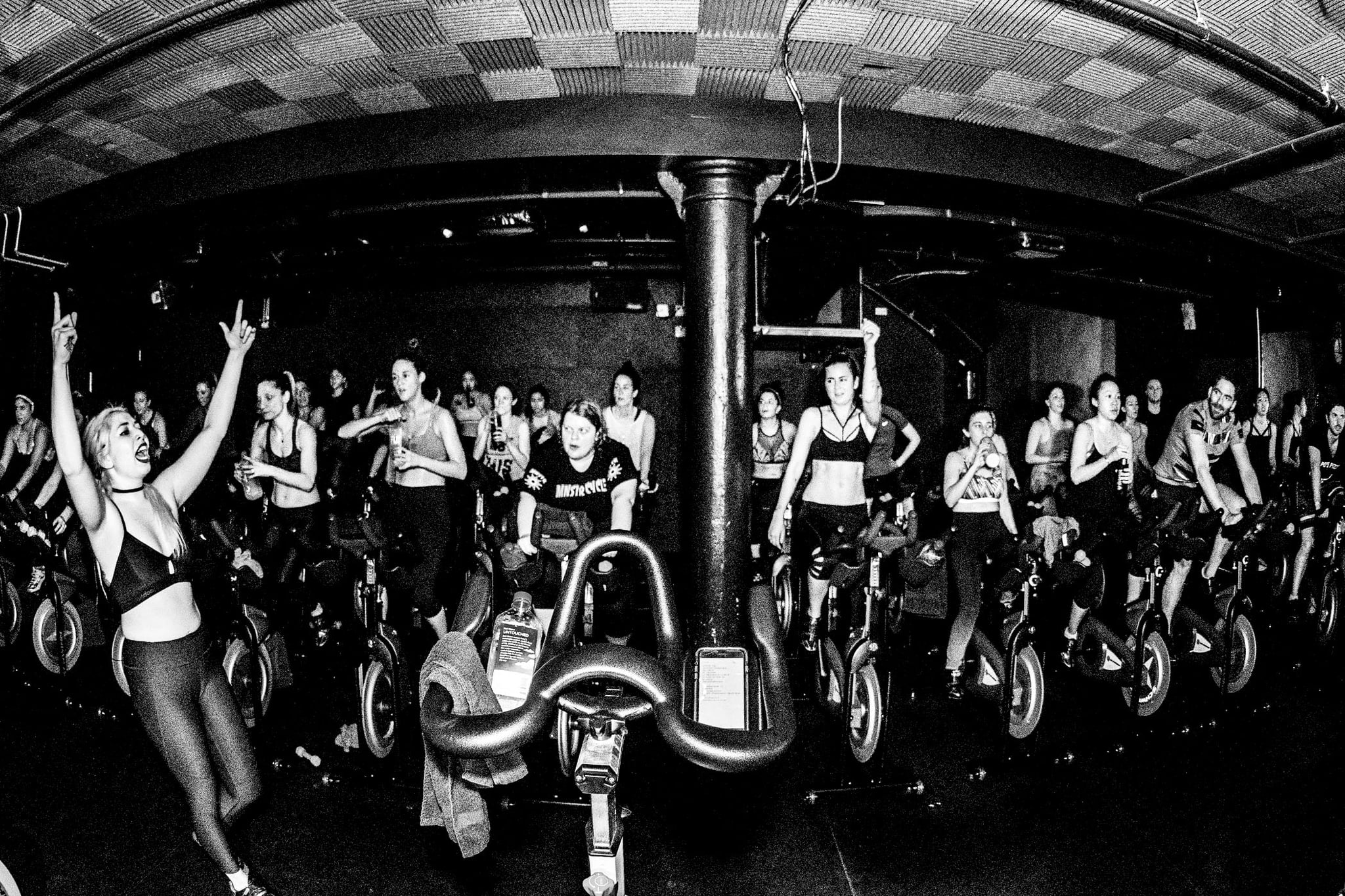 I wasn't your typical emo kid in high school — I drove an orange Volkswagen Beetle and shopped more at Nordstrom than Hot Topic — but emo and pop/punk music was the soundtrack to my adolescence. I drove around the back country roads blaring Taking Back Sunday and Something Corporate, plastered signed band posters all over my walls, and ventured into the city to stand in sweaty, crowded music venues and bop along to my favorite jams.

And while my teen angst was partially due to the clinical depression I was diagnosed with freshman year, I finally felt like a genre of music understood me. I could cry along to "Screaming Infidelities" when my boyfriend dumped me for one of my close friends, or pine along to "The Taste of Ink" when the cute senior I was crushing on had no idea I existed. Music lyrics punctuated my LiveJournal entries and covered the margins of my notebooks.

Related:
I Tried the New SoulCycle Class and Almost Puked All Over My Bike — but I Loved It

So when I saw the cycling studio The Monster Cycle was hosting an emo-themed ride in February 2017, I couldn't sign up fast enough. I was already a fan of The Monster Cycle (think: SoulCycle's gothic cousin, but with better music and video screens), having been to a few of its classes, so I was stoked at what emo night would entail.

As soon as class started, I felt like I was transported back to 2004. The instructor, Leigh Barton, who founded emo night and is also a professional DJ, started class by encouraging us to sing along as loud as we wanted. The playlist was ripped straight from my high school CD collection and the grainy music videos, reminiscent of a time before YouTube, were projected on the giant screens. I sprinted through "Sweetness" from Jimmy Eat World, turned up the resistance during Hawthorne Heights's "Ohio Is For Lovers," and lost my breath belting out "You're So Last Summer" from Taking Back Sunday.

Sweating through each song and climbing each hill brought back all the heartbreak and hardships from my teenage years; pushing myself harder reminded me of a time when I was angsty and bored and dreamed of a future where I could move to New York and make it as a writer. But at almost 30, I could also reflect on how those experiences helped me grow and mature. Some songs even reminded me of the happier times: bonfires and pool parties, crowdsurfing and meeting my favorite bands at Warped Tour.

Related:
Becoming a Spin Instructor Taught Me to Love Myself

As an adult, I'm living in the city I always dreamed I would, writing about fitness for a living, and married to someone who won't cheat on me with one of my best friends and write passive-aggressive song lyrics about it on his AIM away message (*knock on wood*). But I always love listening to the music from my youth and taking a trip down memory lane, even if not every memory is pleasant.

Emo night at The Monster Cycle is the second Friday of every month, and I try to make it to each one, always claiming a front-row bike. In the more than a year since I've been going, I've ridden to different themed rides: Warped Tour '04 — it's almost as good as the actual Warped Tour '04 was! — Taking Back Sunday vs. Brand New, and Mall Goth. I always leave with an empty energy tank and a full heart; I may not be 16 anymore, but for 45 minutes in a cycling studio in SoHo, I can pretend like I am.