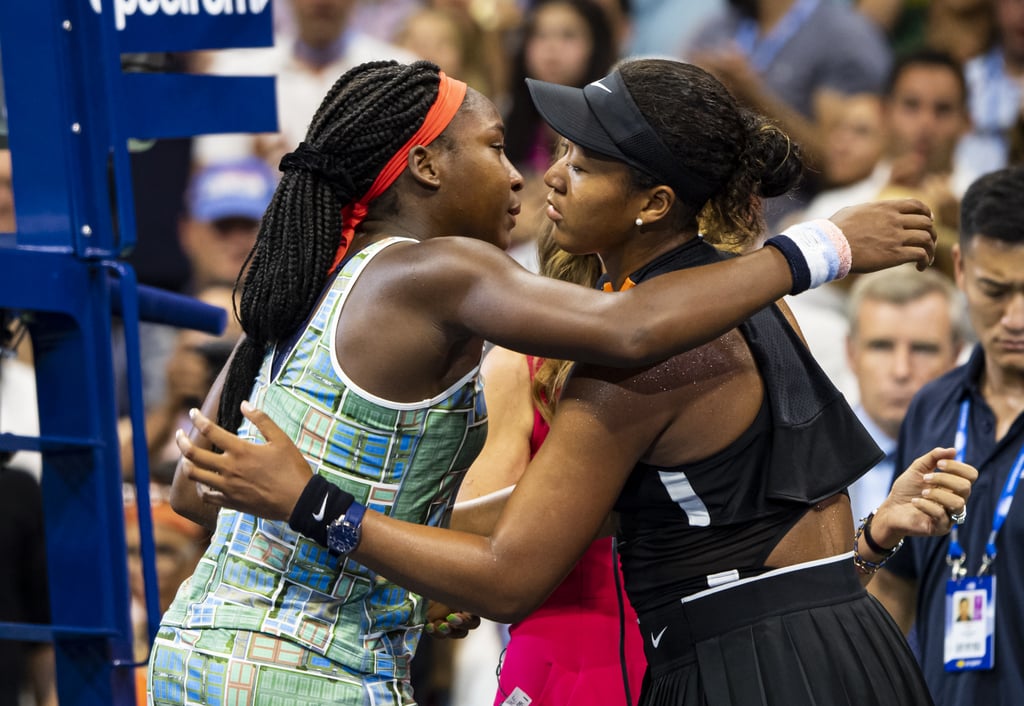 Naomi Osaka and Coco Gauff exemplified sportsmanship after their incredible US Open match on Aug. 31. After Japan's Naomi won 6-3, 6-0, she hugged Coco across the net and invited the 15-year-old athlete to join her for an encore interview. Coco became emotional and expressed hesitation but Osaka encouraged her to seize the moment and address the crowd who came to see her.

"I'm going to learn a lot from this match. She's been so sweet to me, so thank you for this. Thank you," Coco said in the interview. "Thank you, Naomi. I don't want people to think that I'm trying to take this moment away from her, because she really deserves it."

After Coco spoke, Naomi directed her attention to Coco's parents in the stands. Naomi and Coco both live in Florida and grew up training in the same place. Through her own tears, she applauded Coco's parents for raising an "amazing player." Naomi later opened up about the match further in a press conference.

"When I shook her hand, I saw that she was kind of tearing up a little. Then it reminded me how young she was," Naomi said. "I was just thinking, like, it would be nice for her to address the people that came and watched her play. They were cheering for her."

This sense of sisterhood echoes back to Naomi's match against Serena Williams at the US Open last year. After Naomi defeated the veteran tennis player, Serena defended her opponent against an upset crowd. It appears Naomi is paying this kindness forward — an act we look forward to seeing from more and more athletes.

Naomi Osaka
Does It Get Any Cooler Than Naomi Osaka and Cordae at the Met Gala?
by Perri Konecky 9/14 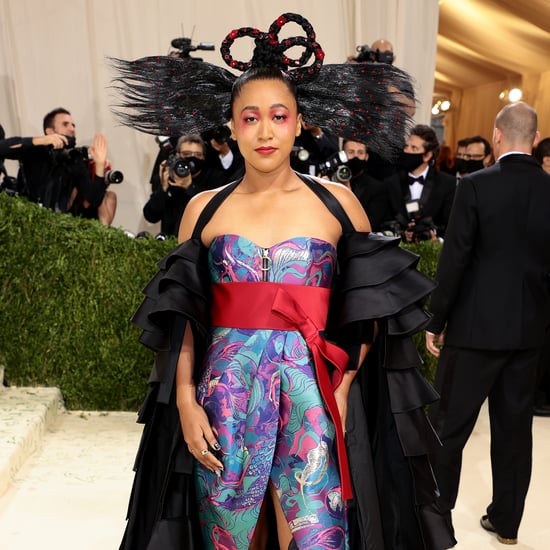