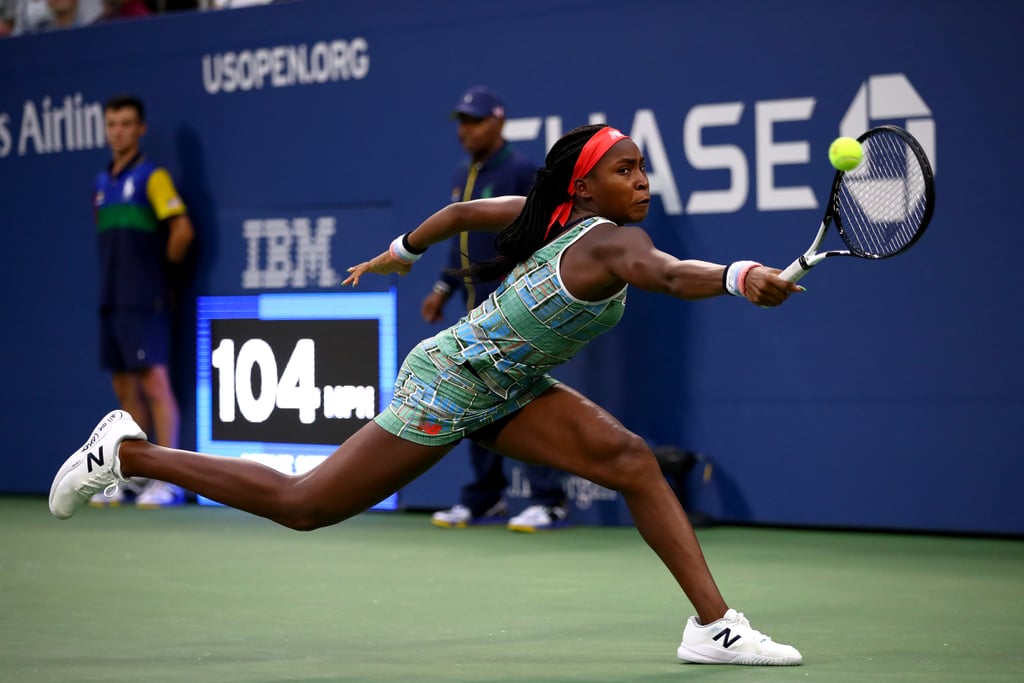 Cori "Coco" Gauff wowed the world at Wimbledon when, as the youngest athlete to qualify for that Grand Slam, she beat one of her biggest inspirations, Venus Williams. She's only 15. In her US Open debut on August 27, Coco, ranked 140th, came out on top against Russia's 72nd-ranked Anastasia Potapova 3-6, 6-2, 6-4. According to CNN, Coco's the youngest player in the draw and was a wild card pick.

Though she was eliminated after the fourth round at Wimbledon, Coco's match against Venus catapulted her name across the internet and social media because — hello! — she's got skill. Who was this superstar who'd just out-played one of the Williams sisters? The 2019 US Open is only her second Grand Slam, but already people are filling seats to see her compete and chanting for the teen in support. She even wore her name on her sneakers to remind us that she's here to stay. At that first US Open match, on the outside of each shoe, Coco had written "Call Me Coco" in black Sharpie (which we should all do to our sneakers so people know we mean business).

The sneakers appear to be a nod to New Balance's new "Call Me Coco" campaign, which is all about the 15-year-old defying the odds and proving her place among the greatest on the world stage. What made me the most nostalgic about these sneakers was the fact that you can buy them on the New Balance website, but Coco made a point to pen her name in permanent marker. As kids, I saw a lot of my friends color or doodle on their Converse — and I did it too (sorry, Mom). Coco's embracing her youth but noting she's not going anywhere. It's her intent to keep challenging athletes of all ages and to make herself known in the sport.

During a press conference after her US Open match, Coco told reporters that the platform she's been given means a lot to her. "The amount of people and kids especially that come up to me saying that it inspires them is honestly better than any match I could win, just to know that I inspire another kid maybe to pick up a racket or go through something that they're facing at school . . . I just hope I can continue this and continue to inspire," she said. "Because what I do on court is great, but really what matters is what happens off court and the people you affect."

Next, Coco will play in the second round of the 2019 US Open against Timea Babos from Hungary, but before she gets to that, take a closer look at those sneakers — and remember her name.

Related:
From the WNBA to Track and Field — Here Are 36 Black Female Athletes You Need to Know
Previous Next Start Slideshow
Workout ClothesSneakersTennisUS OpenAthletes 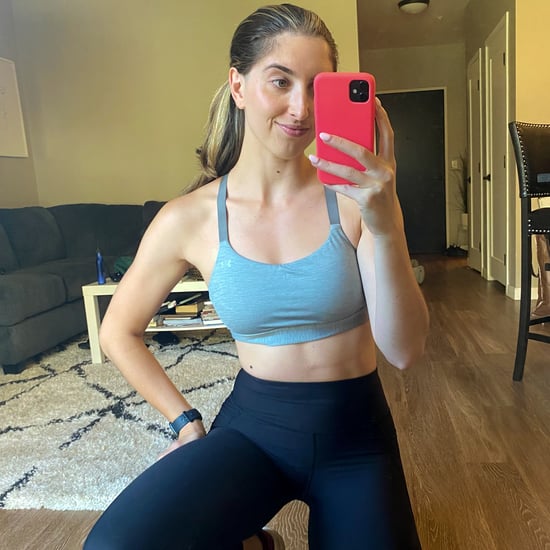 Workout Clothes
If I Had to Choose 1 Pair of Leggings For Life, It Would Be This $40 Old Navy Pair
by Marisa Petrarca 6 days ago