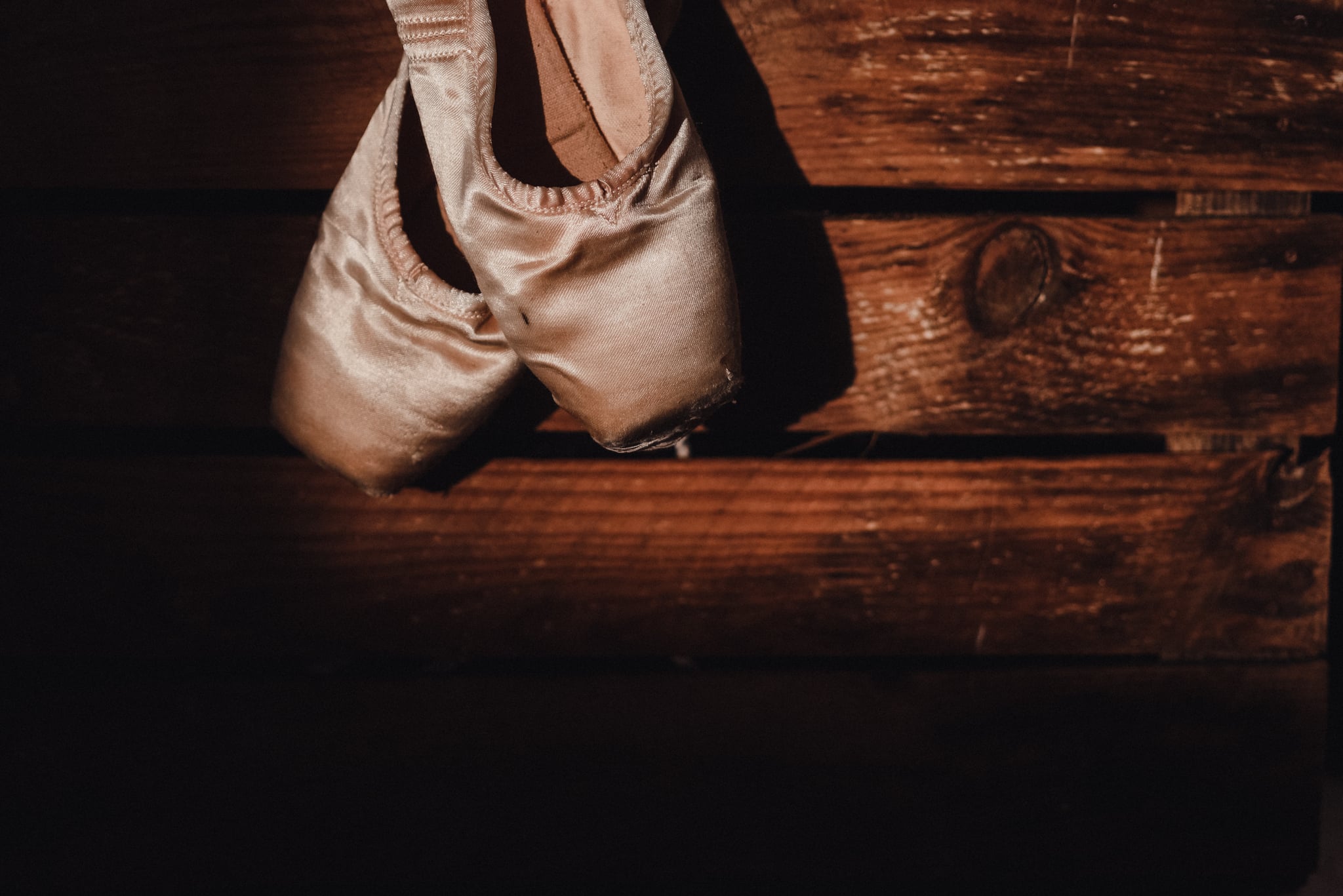 I was 3 years old when I took my first ballet class, and from that day forward, it felt like dance had become part of my DNA. I couldn't imagine a life without ballet, so I took all the necessary steps to ensure a successful career trajectory. Thanks to a supportive family, I was able to enroll in the best ballet program in the state and homeschool so I could maximize my hours of training.

At first, I was spared from the body shaming that so frequently goes hand in hand with ballet. Teachers told me and my parents that I had the "ideal" ballerina body and even commented that my mother's naturally thin frame boded well for my future. Then puberty arrived, suddenly and unexpectedly. It was an unwelcome guest, and my body rapidly changed overnight. I gained weight and, much to my horror, began to develop breasts. Teenage ballet dancers aren't meant to hit puberty, but my body didn't get the memo.

Related:
Nicole Lost 200 Pounds and People Still Fat Shamed Her — This Is Her Response

I body shamed myself on a daily basis, but nothing compared to the sting and humiliation of being called "fat" by both a teacher and our school's costume designer in front of approximately 10 of my classmates. In front of everyone, the costume designer described in detail exactly how many inches she would have to adjust my Nutcracker costume. For good measure, she added that if I hadn't "gotten so fat," it would have spared her a lot of work. Several of my classmates giggled, eager to watch the imminent downfall of a competitor. I refused to let them see me cry, but the tears came fast and furious the moment I took off my pointe shoes and headed home.

And, just like that, I rapidly descended into anorexia. When I got home that evening, I collected myself and formed a plan to cut my caloric intake in half. It worked, and the pounds began to slip away. But why stop there? Two weeks later, I slashed my caloric intake in half again and gleefully watched the number on the scale drop. I felt weak, dizzy, foggy, and exhausted — but, at the time, it seemed like a small price to pay. As we approached opening night of The Nutcracker, the costume designer who had body shamed me was forced to adjust the costumes again — this time because they slid off my now-underweight body.

My latest passions are rock-climbing and skiing. As it turns out, ballet isn't the only thing in the world that makes me feel joyful and free.

After being body shamed at my ballet school, a flip switched. Before the humiliating experience, dancing was the one thing in my life that made me feel free. Regardless of what was going on in my life, everything melted away the moment I stepped onto the dance floor. The public body shaming stopped when I developed anorexia, but I struggled to regain my confidence or passion for ballet. For the first time in my life, I began to dread entering the studio.

Furthermore, I continued to body shame myself. Despite my weight loss, I still saw a fat monster in the mirror. At classes and rehearsals, I wore my warm-up attire for as long as possible in order to conceal as much of my body as I could. As I battled anorexia, I replayed the body shaming comments in my head on a loop every single day. I used my teacher and costume designer's words as a sick way to motivate myself when I was tempted to nourish my body with a real meal.

Deeply concerned by my weight loss, my parents took me to a therapist, and I was hospitalized for anorexia shortly thereafter. When I was deemed healthy enough, I attempted to return to ballet. I desperately wanted to feel the same passion and freedom, but it didn't come. I relapsed and returned to the exact same hospital. Upon my release, my treatment team and family agreed that it was time to walk away from ballet. I felt immense relief, but I was also furious that body shaming had taken away such an important, cherished aspect of my life.

With ballet out of the picture, I felt confident that my battle with anorexia was over. If only it was that simple. I relapsed during my freshman year of college and again during my first year as a young professional in New York City. Although there wasn't one sole cause for my eating disorder, the body shaming words were never far from my thoughts. When I was 22 and recently released from my latest hospitalization, my mom came to visit me in New York for the weekend. As we walked back to my apartment after seeing a movie, my legs suddenly gave out and I collapsed on the sidewalk. It was hardly the first time I'd fainted or collapsed, but my mom had never witnessed it. I'll never forget the look of fear and anguish on her face.

When my mom headed home to Connecticut, I spent the next few days reflecting on my body and eating disorder. I'd always viewed the hospitalizations as "a drag," but abusing my body was impacting my life on a daily basis. I frequently canceled plans with friends because they involved food, and I struggled to walk up the subway steps because I had no strength. At long last, I decided to actually commit to recovery and be 100 percent honest with my amazing therapist, who happened to specialize in treating dancers and athletes with eating disorders.

Related:
Ashley Graham on the Moment She Realized "I Can Do Whatever I Want"

The recovery process was slow, painful, and often frustrating. And it was anything but linear — although I was never hospitalized again, there were times my commitment wavered and my weight dropped once again. Today, I'm proud and incredibly grateful to say that I am recovered. Like everyone else, I have days when I fixate a little too much on my weight. On those days, I remind myself that my amazing life wouldn't be possible if I'd remained below my healthy weight. A few years ago, I would collapse in exhaustion after carrying my groceries up the stairs. I would go on family vacations only to sleep through them.

I may not love my body every single day (that's still a work in progress), but I do appreciate it each and every day. I appreciate that when I moved across the country two years ago, I was able to spend hours exploring my new city on foot. I frequently travel for work and enjoy jam-packed schedules of physical activities, sight-seeing, and tasting new cuisines. And I'm grateful that I'm strong enough to try out new athletic pursuits — my latest passions are rock-climbing and skiing. As it turns out, ballet isn't the only thing in the world that makes me feel joyful and free.

Health
I'm a Latina With Endometriosis, and Here's Why My Story Matters
by Johanna Ferreira 16 hours ago