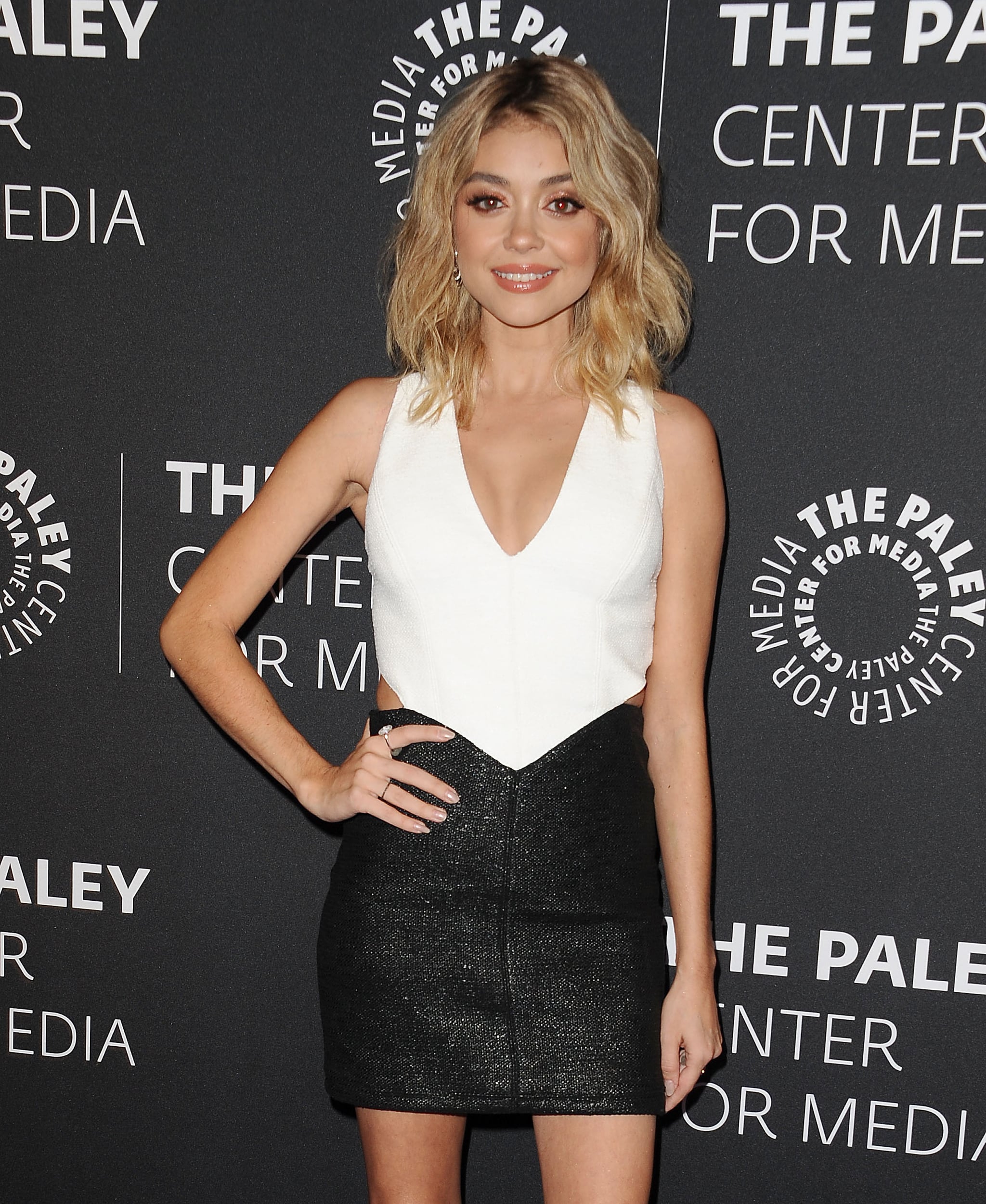 Being a celebrity in the spotlight is not easy, especially when people are constantly commenting on your appearance, but Sarah Hyland is addressing this criticism head on. The Modern Family actress has recently been the victim of body-shaming with some people horrifically claiming she's "promoting anorexia," but that's not the case at all — she's been dealing with many health issues in the last 12 months.

"I haven't had the greatest year. Maybe one day I'll talk about it but for now, I'd like my privacy. I will say that this year has brought a lot of changes and with that, physical changes," Sarah wrote on Twitter. "I have been told that I can't work out. Which, for me, is very upsetting."

Sarah had a kidney transplant in 2012, and has been struggling with her health this last year.

"I love to be STRONG," she continued. "(I'll be using that word a lot) Strength is everything. Being strong has gotten me where I am. Both mentally and physically. I am not a fan of 'being skinny.' Which many of you have told me that I am too much of. 'Eat a burger,' 'your head is bigger than your body and that's disgusting.'"

My story as of now. Part 1. pic.twitter.com/6kWlnxgjIb

Sarah went on to explain that she's "basically been on bed rest" for the last few months, which has caused her to lose a ton of muscle mass. "My circumstances have put me in a place where I'm not in control of what my body looks like. So I strive to be as healthy as possible, as everyone should," she wrote.

Sarah mentioned the Instagram photo below, where she posed in a shirt from her boyfriend's anti-bullying clothing line and in turn, was bullied for her appearance and was "accused of promoting anorexia."

"Sherwood (and nothing else) looks good on me" @domsherwood ❤️ Buy a shirt and a portion of the proceeds go to the Anti-Bullying Alliance! https://represent.com/sherwood/official-dominic-sherwood-tee-sherwood-looks-good-on-me-blue-eyes

"While these comments don't affect me, they may affect others," she wrote. "So I'm here to say that no one should aim to be the weight that I am at right now. I am working hard to maintain my weight by eating as much protein as possible and continue to be STRONG and healthy."

She tells her fans not to worry about her, and Sarah reminds them that her weight is nothing she's proud of by any means.

"It's never fun to look in the mirror and see your hard work at the gym fade away or have your legs be the size of one's arms," Sarah shared. "But I know that when I get clearance I will be able to get back to the STRONG, lean, and fabulous self I know I can be."

Sarah is not letting the hate hurt her; she's not letting it take away from the pain she's dealing with and what her body is going through.

"My self confidence is not rendered from your comments," she wrote. "Because I will always be too fat. I will always be too skinny. I will never have enough curves to be called a woman. And I will always be a slut for wearing a push-up bra. Love the you you set out to be. Be the best version of yourself. Be healthy. I'm a 26-year-old woman who goes through more than you could even imagine on a daily basis. But I work hard. I love hard. And I got to where I am because I am STRONG and didn't give up."

Healthy Living
This TikToker Compares How We Talk About Mental Illness to a Broken Leg, and It's Too Real
by Christina Stiehl 1 day ago

Healthy Living
Fact: You Can Have an Ovarian Cyst Without Even Knowing It — Here's How They Form
by Victoria Moorhouse 1 day ago

Healthy Living
If You Have Endometriosis, Consider These 3 Types of Birth Control to Help Alleviate Pain
by Maggie Ryan 1 day ago

Healthy Living
5 Chocolate Protein Bars That Are So Tasty, They Can Double as Dessert
by Emilee Janitz 2 days ago

Product Reviews
Hear Me Out, Migraine Sufferers: This Cooling "Headache Hat" Has Changed My Life
by Karen Snyder Duke 2 days ago