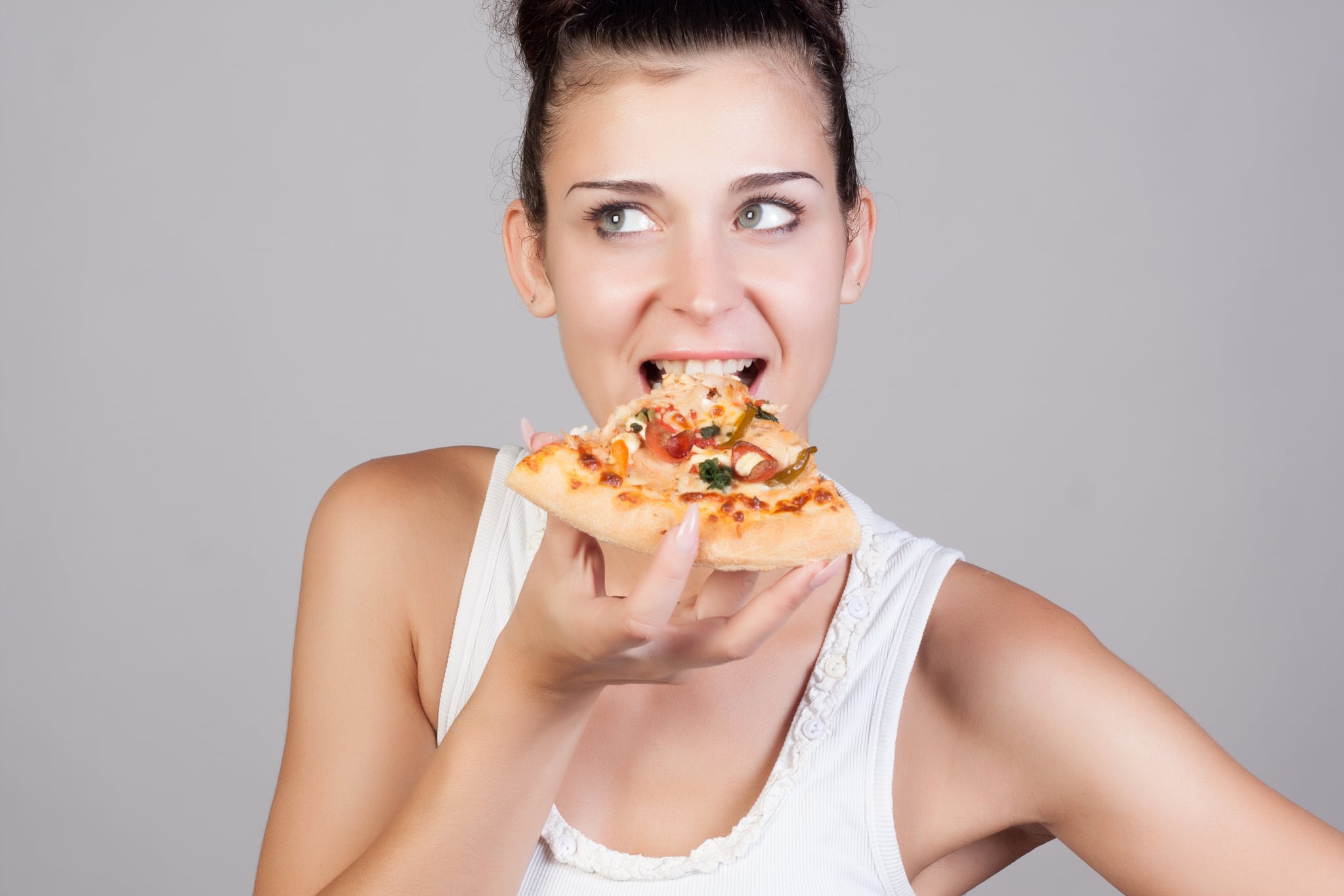 A new study on gorging and fasting just may convince you that losing weight is about more than calories in and calories out — in fact, skipping meals may just be why you can't shake that layer of belly fat.

The lab study, published in the Journal of Nutritional Biochemistry, looked at different groups of mice: a control group that was allowed to eat food as they pleased and another set of mice who ate all of their food in one session and fasted the rest of the time. After the study, the researchers found that while both groups weighed about the same, the mice on the restricted diet had more belly fat than the control group and also developed insulin resistance as well (a classic sign of prediabetes). When evaluated, the authors found that the restricted-diet mice had elevation in inflammation levels and gene changes that promoted storage of fat cells — as well as bigger fat cells — especially in the abdominal area.

The researchers say that the findings can correspond to humans, especially since they tried to mimic our own busy-life behavior in the study. Even when the restricted-diet mice were put back on a normal diet (where they could eat as they pleased), they still ended up eating a day's worth of calories in just four hours then fasted for the next 20. Turns out, gorging habits are hard to shake. "People don't necessarily [binge and fast] over a 24-hour period, but some people do eat just one large meal a day," said Martha Belury, the senior author of the study. This small study offers further proof that going big, even if you eat the same calories in the long run, may not work for your weight-loss goals. Instead of sitting down to one big meal and starving for the rest of the day, eat smaller meals throughout the day and follow these rules on when to eat to lose weight.