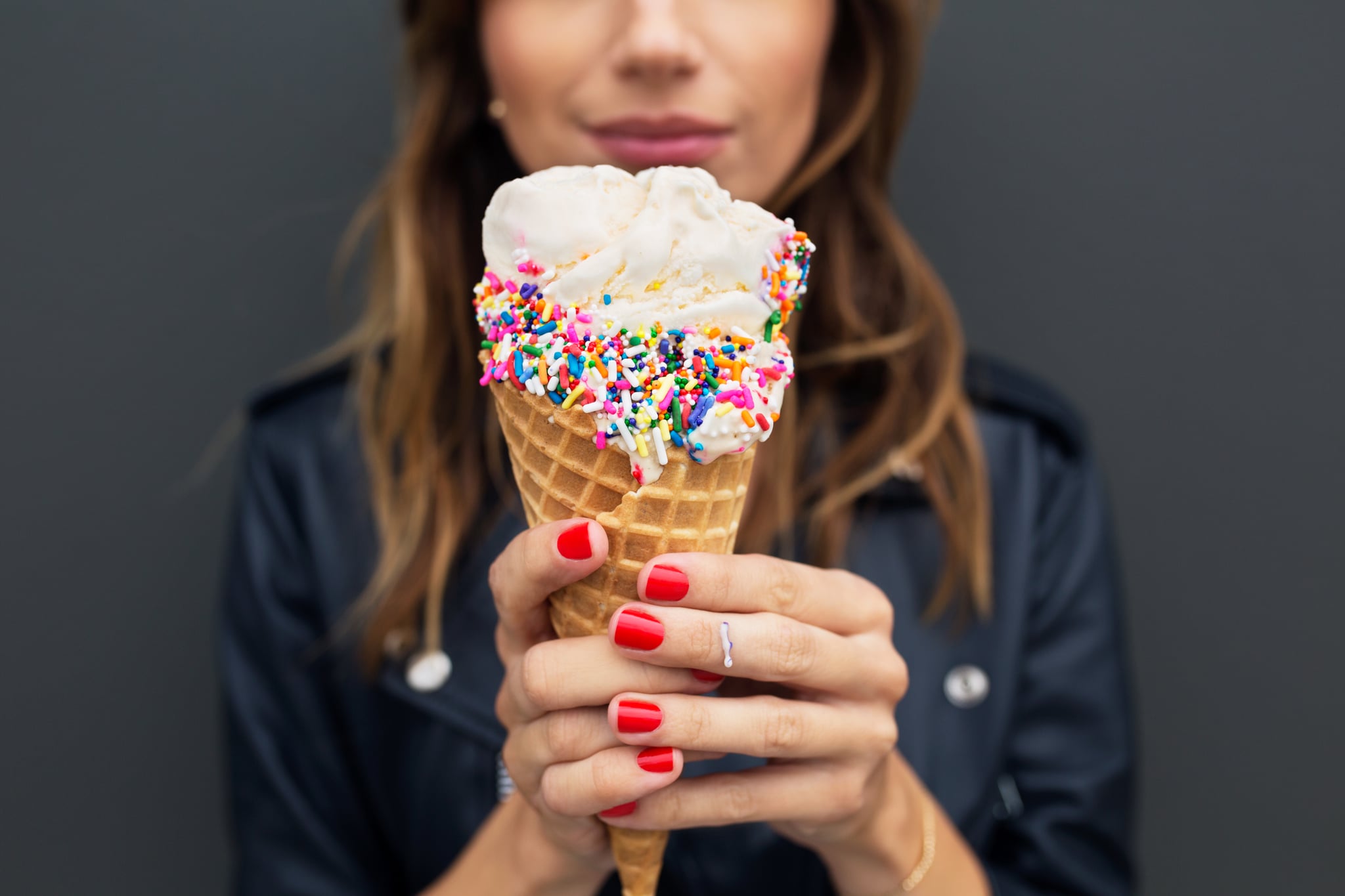 Would you rather have a chocolate truffle or glass of wine? How about a warm cookie out of the oven, or a zesty margarita?

Let's talk about sugar and alcohol: two things that have been somewhat demonized in the wellness world yet are still big parts of many of our favorite indulgences. A good glass of wine or a delicious piece of cake is a part of a balanced, well-rounded diet; they can contribute to your overall sanity when you're eating clean! But sugar and alcohol themselves — generally speaking — are not really healthy substances you want in your diet. So is there a lesser of two evils?

We noticed that there's a bit of controversy over which is worse. Sugar can be like a drug and create an addiction that can lead to major health problems. The same can be said for alcohol — it's a toxin and is difficult for the liver to metabolize. Both can significantly contribute to weight gain.

Related:
Beat Your Food Cravings With These Tips

While some trainers suggest eradicating alcohol from the diet entirely, we've also noticed many diet plans allow an occasional glass of wine during the week while forbidding dessert. Is one worse than the other?

Among many reasons, sweets can be more addictive than alcohol. RD and MPH Lisa Eberly explained it to us.

How Does Your Body Process Alcohol and Sugar?

Lisa noted that there are entire textbooks devoted to this topic, but gave us a somewhat brief rundown.

"The liver has a strict 'to-do list' — first, process out any chemicals or toxins in the body (everything from hard drugs to Splenda and artificial ingredients), then, process alcohol, and last, fat. So, if you have toxins or alcohol in your system, your liver will take care of those before getting to fat." This is a key reason why alcohol can contribute to weight gain, especially if it's not moderated.

Related:
This Is How You're Undoing All Your Weight-Loss Progress

But as noted, artificial ingredients have that same effect — they're a toxin! "A highly processed and refined dessert, with a long list of ingredients you don't understand, would have a similar effect on the liver's ability to process fat than a single glass of wine." What kind of dessert are you opting for? As Lisa explained, not all desserts are created equal.

"A more natural or homemade [dessert] option with whole ingredients would not have that effect," she said. That kind of dessert "is a much healthier option" than both alcohol and a processed dessert.

There's not a definitive answer. "It really depends," she said. "Is the dessert a homemade, natural one? Does the alcohol have a high-sugar mixer? There are so many variables."

"A natural, homemade dessert in a reasonable portion size is better than alcohol. A simple glass of wine is better than a highly processed or large portion of dessert. It is all about making the most whole, real food and drink choices," she said.

Some guidelines she suggests all come down to more conscious choices. "Think to yourself: does this have ingredients that I can't read? is this going to make my body feel good afterward? Is this a good portion?"

She said to remember the golden rule: everything in moderation. "For those who drink alcohol, recommending a glass of wine every few days isn't the same as drinking three whiskey gingers every day. If you're having a reasonable portion of a natural-ingredient dessert, that's great in moderation. If you're having a Sno Ball at a gas station, it isn't as great. Just because you're not drinking at a New Year's party doesn't mean you can then have six chocolate-covered Oreos with no effects."

Related:
Go Ahead, Drink Up: 9 Summer Cocktails Under 200 Calories

Feel free to modify whatever plan you're following. If you don't drink, and you're on a nutrition plan that allows alcohol but not sweets, consider what you can swap. The registered dietitian behind the Tone It Up plan, Lori Zanini, encourages clients to not have desserts too often, but says a "healthy indulgence" like "an ounce of dark chocolate (that is more than 70 percent cocoa) or half a cup of chia pudding" is totally suitable.

Do you prefer wine to sweets? Are you on a program that forbids booze? Talk with your trainer, nutritionist, or coach about what you can add into your diet and exercise plan to stay in line with your healthy goals yet still stay sane.

Food Reviews
Banza Now Has 2 New Plant-Based Frozen Pizzas, and We're Floored by the Flavor and Protein!
by Jenny Sugar 2 days ago

Healthy Living
If You Have Diarrhea, Abdominal Cramps, and a Fever, It Could Be a Salmonella Infection
by Christina Stiehl 3 days ago