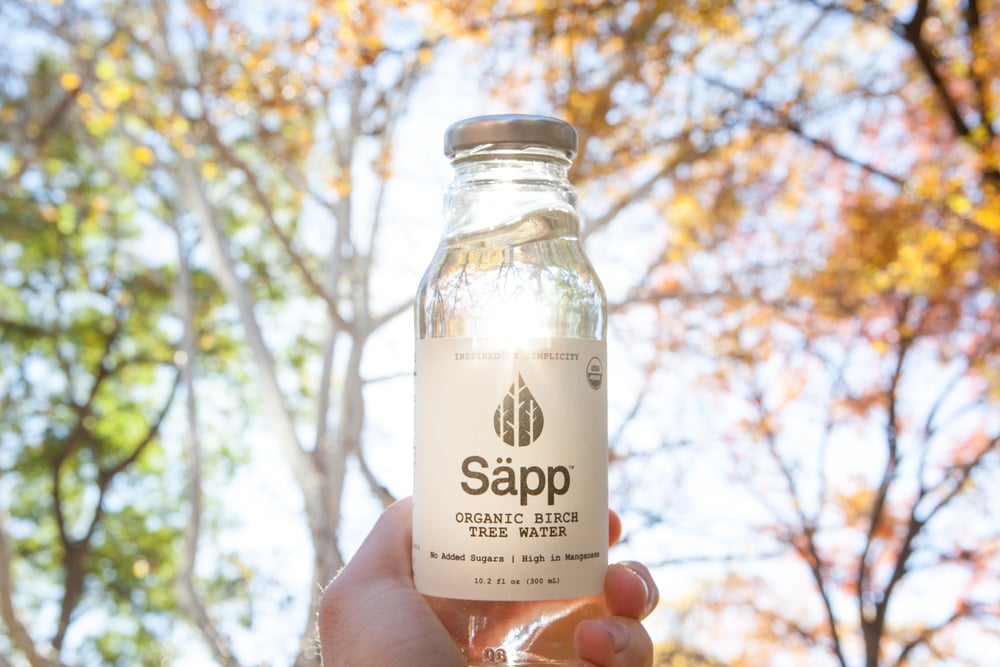 Claimed by some as the new coconut water, birch water is the latest trend in plant waters. A low-sugar, antioxidant-rich, electrolyte-loaded alternative to the tropical varieties, birch water comes is derived from sap of trees that grow in much colder climates.

We got to try Säpp Birch Water, which claims to be detoxifying and organic — harvested directly from birch trees and never diluted with water. Säpp has no added sugars and only contains 10 calories per bottle.

The unflavored variety garnered a mixed review, some finding it "super refreshing" and others finding it to taste "like watered down leftover kombucha foam" (oddly specific). Most noted a tart or sour taste, despite it being very mild.

Also particularly tart was the nettle flavor, which was very well received. Most who tested it said it "tastes like lemon iced tea" and said it was quite refreshing. Another kombucha reference came up (must be the sour flavor): "tastes like kombucha, but not fizzy." One confused commenter said "Good. Tastes like old stale wine." We have no idea what that means.

With a distinct molasses smell, the rosehip flavor was the sweetest of all the flavors, with a bit of tartness true to all three birch waters. One taste tester described "floral notes; tart but elegant," while another said "tastes like sour plum juice (good thing)." Another reference to tea was made, but it was described as watered down: "like tea I let my ice melt in. Not bad."

Healthy Living
There's a Deliciously Creamy New Plant Milk on the Block From Silk — With 20 Grams of Protein!
by Jenny Sugar 10 hours ago

Healthy Living
I Fixed My Sleep Schedule During COVID-19, and I'm Much More Energetic and Productive
by Hayden Ginder 13 hours ago

Healthy Living
FYI, This Air Purifier Says It Can Remove 99% of Airborne COVID-19 Particles
by Maggie Ryan 4 days ago