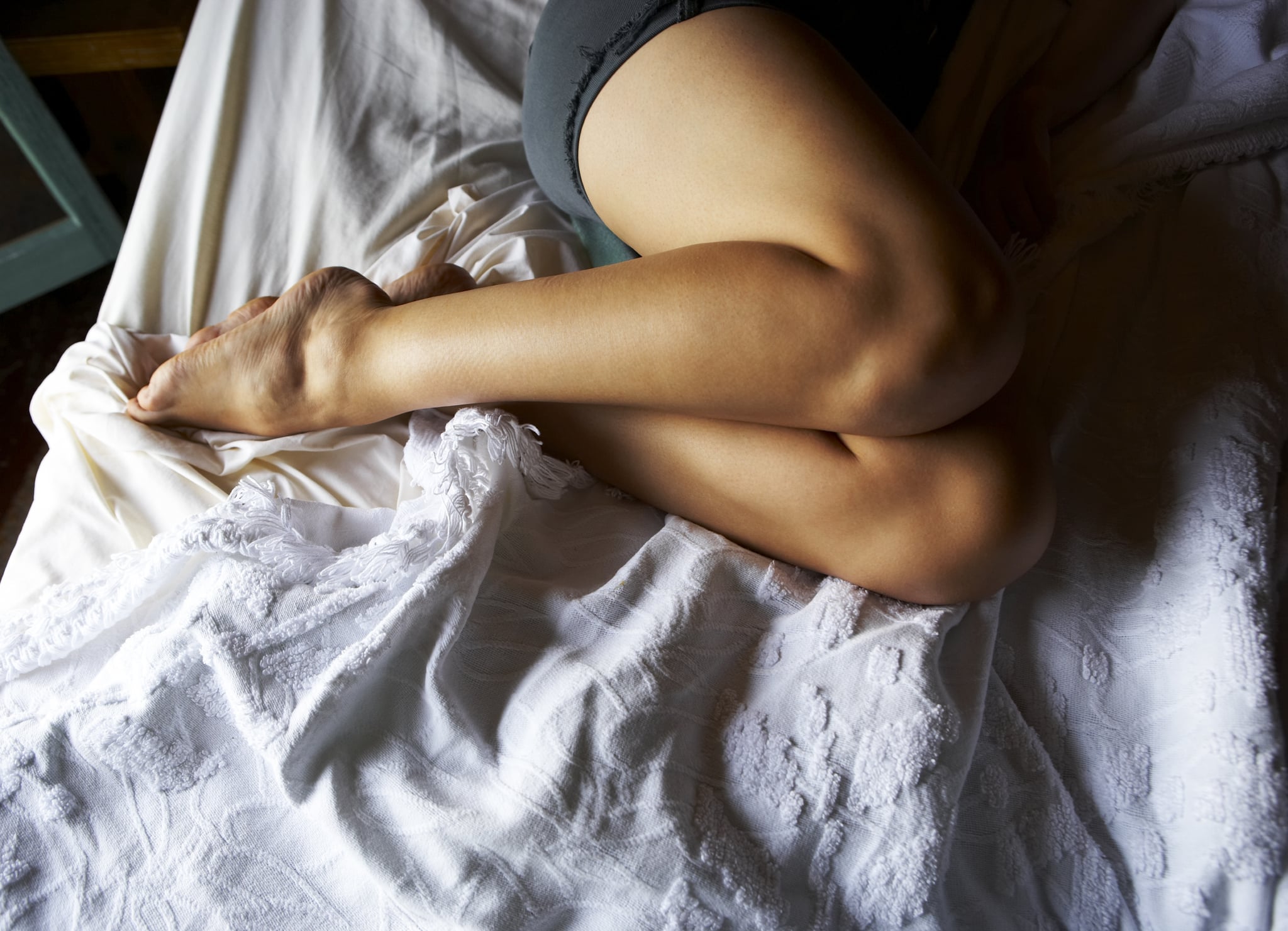 Periods are known for throwing some curveballs. You might find that you have to use the bathroom more frequently on your period or that your period blood has a peculiar smell — but there may be nothing less predictable than the color of your flow from one day to the next. Period blood ranges from pink to dark red to black, and if you don't understand what causes these changes, they can be unsettling. Fortunately, a range of period colors is not only normal, but expected.

For the most part, "the color of period blood is really determined by how long the blood has remained in your uterus and vagina," Janelle Mary Jackman, MD, FACOG, a board-certified ob-gyn and minimally invasive reproductive surgeon, tells POPSUGAR. "It gets darker due to the oxidization of blood — the longer it stays around before it is discharged." In some cases, the color of period blood can be indicative of other things going on in your body, such as an infection, low estrogen, or ovulation.

The duration, flow, and even the color of your period is extremely individual, but California-based ob-gyn Kendra Segura, MD, MPH, FACOG, explains that periods will often start out pink on the first day, then turn bright red for a few days, followed by dark red on the heaviest day, and finally, brown or black for the remaining day or two. POPSUGAR asked the experts what each of these different period colors mean, so you know exactly what to expect.

One note before we get into it: while it's normal to experience some changes in the color of your period blood throughout your life (or even over the course of a single cycle), pay attention to any unfamiliar colors, especially if they come with other unusual symptoms. Gray and off-white colors especially are a sign to speak to a healthcare provider, but you can ask your doctor about any changes in the color or flow of your period blood if you're concerned.

"Pink blood is usually present at the onset of menses as fresh blood mixes with vaginal mucus and discharge, making it a lighter hue," Dr. Jackman says. Additionally, if you have a lighter flow, you may see pink blood throughout your period simply because the blood isn't shedding as quickly or as steadily.

Pink blood may also be a sign of low estrogen (especially if you're bleeding between periods, aka spotting) or ovulation. Postpartum bleeding, or lochia, may become a pinkish about a week after giving birth. If you're pregnant, pink blood may also be a sign of miscarriage. Look out for other symptoms of miscarriage as well, such as cramping, passing tissue, abdominal pain, dizziness, or losing your typical pregnancy symptoms. If you think you may be having a miscarriage, reach out to your doctor right away.

Like that pink hue, bright red blood is typically seen toward the beginning of your period, when the blood is freshest. "As one's uterus contracts and the flow gets steadier, the blood sheds quicker as the cycle continues," Dr. Jackman explains. "This makes the blood a more crimson red as it does not oxidize due to quick explosion." In this case, "explosion" refers to the faster rate at which the blood leaves the uterus and vagina.

Bright red blood may also be caused by miscarriage (see other signs of miscarriage above) as well as uterine polyps or fibroids, which are noncancerous growths in the uterus that can cause the kind of heavy flow that leads to bright red period blood. Adenomyosis, which is when the tissue that lines your uterus grows into and thickens your muscle tissue, may also cause heavy, painful periods with bright red blood, along with pelvic pain and pain during sex.

As you may have guessed, blood that's a darker shade of red is older than the bright red blood seen toward the beginning of your period. While blood will typically grow darker as your cycle progresses, it can also appear darker if it's been "sitting in your uterus" for some time, according to Dr. Segura. Dark red blood is most often seen in the morning or after you've been laying down for a while — because the longer it takes for the blood to pass through the uterus, the more time it has to oxidize.

Dr. Segura notes that dark red blood could also be an indication of a passing blood clot, which is similar in color. If you have a heavier flow, you may also see more dark red blood compared to those with lighter periods.

Brown period blood is usually seen at the very end of your period, just before before the bleeding stops completely. "The blood can look extremely dark — brown or even black — if it has taken longer to exit the vagina," Dr. Jackman says. "This is blood that has had a lot of time to oxidize; thus, its dark appearance." Dr. Segura adds that, if you notice brown discharge at the beginning of your period, it's likely just blood that was left over from the previous cycle. No need to be concerned.

Think of black discharge as your period's finish line. "Although this may look alarming, it isn't a reason to panic," Dr. Segura explains. "Red blood that turns black means that the blood has been oxidized. Hence, it's been in your uterus for awhile and we call it 'old blood.'" Again, this will usually occur at the end of your period, when your flow has slowed down significantly.

Black blood can also occur when you have an object stuck in your vagina (think: a tampon, sex toy, menstrual cup, condom, etc.), which can irritate the lining and cause an infection. Symptoms of the infection could include black discharge, fever, a bad smell, or itching or a rash in your vagina and on your vulva. Pelvic inflammatory disease and sexually transmitted infections (STIs), particularly gonorrhea and chlamydia, can also lead to black discharge as well as pain, itching or burning while urinating. You may also experience black bleeding as a sign of a missed miscarriage (when the fetus stops developing but doesn't pass out of your body for four weeks or longer) or lochia.

If your period discharge shows up gray or off-white, see a doctor right away. It may be a symptom of infection, such as

bacterial vaginosis, so keep an eye out for other symptoms, such as itching, a bad smell, fever, or pain. Gray discharge can also be a sign of miscarriage.