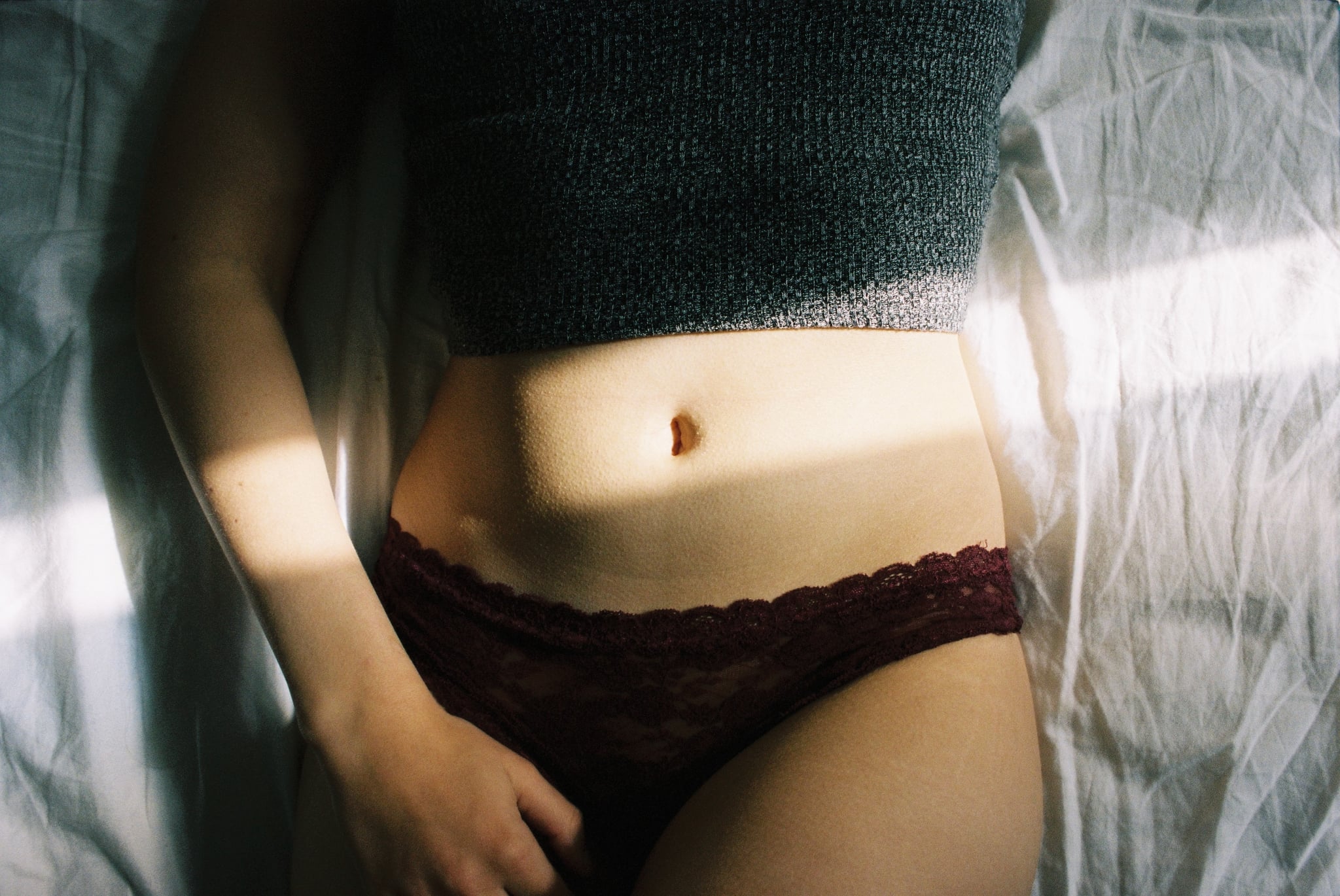 Vaginal discharge plays an important role in keeping you healthy. The vagina is a bit like a self-cleaning oven, explains Vandna Jerath, MD, FACOG, medical director at Optima Women's Healthcare in Colorado. Glands inside the vagina and cervix produce fluid, which is then discharged from the body, helping to carry away dead cells and maintain a healthy vaginal pH level. "This acidic environment protects against the growth of pathogenic organisms, also known as 'bad bacteria,' and is essential in maintaining a balanced vaginal ecosystem," Dr. Jerath says.

This means that vaginal discharge is typically normal, though it can change color or consistency from one day to the next. "Vaginal discharge changes throughout the menstrual cycle as it responds to varying hormonal levels," Tamika K. Cross, MD, FACOG, co-owner of Serenity Women's Health and MedSpa in Texas, tells POPSUGAR. When your period first starts, you may see pink or brown discharge, and it continues to evolve from there. "During ovulation, the vaginal discharge may be clear, watery, and sticky. Then it turns into an egg-white appearance," Dr. Cross says. "Prior to menstruation, the amount will decrease, and it will become clearer in nature and thicker."

But while discharge helps keep the vagina clean and prevent infection, it can also signal that something is wrong. "If the pH shifts to higher than 4.5, it can lead to the overgrowth of bacteria and fungi, which can inflame the lining of the vagina and lead to vaginitis or a vaginal infection," Dr. Jerath says. This is when yellow or green discharge may appear, or if you have a yeast infection, your vaginal discharge may look white and lumpy, like cottage cheese.

The truth is that there is no one-size-fits-all description for "normal" vaginal discharge — but factors like color, consistency, and odor, as well as any accompanying symptoms, can help determine if your discharge is pointing to something more serious, explains Megan Pallister, MD, FACOG, an ob-gyn in Houston. Keep reading to learn more about the most common types of vaginal discharge and when experts recommend speaking with your doctor.

Dr. Jerath explains that clear watery discharge is physiologic — meaning it's perfectly normal and not a sign of underlying illness or infection. You may notice this type of discharge throughout your menstrual cycle, and while it typically doesn't have a smell, Dr. Jerath assures us that even a mild odor usually isn't cause for concern. As always, reach out to your doctor if you have questions, though.

Clear jelly-like discharge is a sign that you're ovulating or are about to ovulate. According to Dr. Jerath, this discharge is odorless and slimy, and it has the consistency of egg whites. Dr. Pallister adds that it might also be described as "sticky" or as even having a slightly white appearance. Regardless of the words you use to describe it, this jelly-like discharge has a purpose, and that's to help sperm more easily travel from the vagina to the uterus, where it can fertilize an egg.

Dr. Jerath notes that if you're on birth control that works by preventing ovulation (including some pills, the patch, and the ring), your body may not produce clear jelly-like discharge around the time you would typically be ovulating. This is also normal.

Discharge that has a lumpy, cottage-cheese-like appearance is most commonly seen with yeast infections, where inflammation, irritated vaginal tissue, itchiness, dryness, and sometimes odor may also be present, Dr. Cross explains. An over-the-counter antifungal cream can be used to treat yeast infections, but speak with your doctor if your symptoms persist or worsen.

Dr. Jerath notes that yellow discharge can also be a sign of vaginal inflammation, which may resolve on its own with some TLC. She recommends cleaning the external vulva and labia with mild unscented soap and water, thoroughly cleaning sex toys with gentle soap, wearing cotton underwear, avoiding thongs, and immediately showering after a workout or having sex. If you're taking these steps and the discharge is persistent or worsening — and not consistent with what you typically experience — it's time to consult your doctor. In fact, when in doubt, a discussion is always merited.

Green discharge is your body's way of saying that there's an infection brewing. It can have a thin consistency and a fishy odor, which Dr. Jerath says may be strongest before or during your period, as well as after sex. Bacterial vaginosis or sexually transmitted infections are common culprits.

"Bacterial vaginosis [BV] is due to an overgrowth of anaerobic bacteria, and since the vagina is self-cleaning, the discharge may resolve on its own," Dr. Jerath tells POPSUGAR. "However, if it is chronic, recurrent, or worsening, you should see your doctor for evaluation and treatment, as BV may make you more susceptible to other reproductive infections or sexually transmitted infections." When it comes to green discharge, it's best to seek care sooner rather than later.

"If milky-white discharge is intermittent, clears on its own, and isn't associated with other symptoms, it's likely normal," Dr. Jerath says. However, if it's accompanied by a fishy odor or irritation, then it could be a sign of BV, in which case you should make an appointment with your doctor.

Pink discharge is commonly seen at the beginning or end of your period. "It can also be associated with small amounts of vaginal or cervical spotting," Dr. Cross says. "There's usually no odor unless it is associated with an infection." If you do notice a distinct smell or see pink discharge outside of your usual period, be sure to reach out to your doctor.

Like pink discharge, brown discharge is frequently seen at the beginning or end of your period — and while the color may catch you off guard, Dr. Cross explains that brown discharge is perfectly normal and simply the result of old blood mixing into vaginal discharge.

However, if you're experiencing brown discharge outside of your period or if there's a foul odor present, it could indicate an infection. Take note of the discharge's odor (is it fishy?), if it's consistent or fluctuating (are you noticing more discharge today than you were yesterday?), and where you're at in your cycle, especially if you think you may be pregnant. Relay this information to your doctor, who can determine next steps. 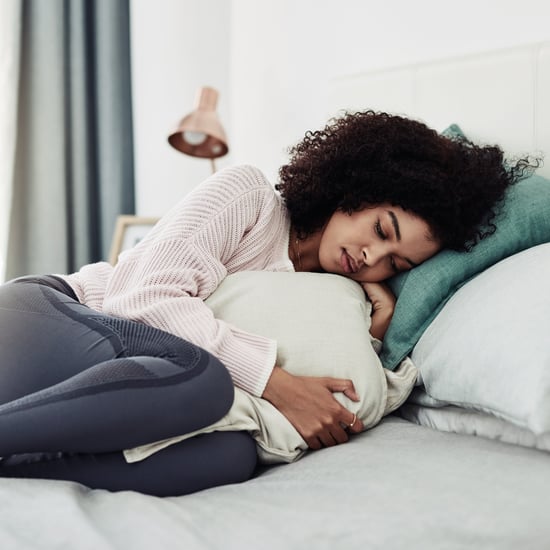 Pregnancy
What Is Progestin-Only Birth Control, and Which Is Right For You?
by Korin Miller 11/24/22

Keke Palmer
Keke Palmer Reveals the Best Sex Advice She Ever Received: "Start With Pleasing Yourself"
by Chanel Vargas 11/23/22