Our friends at Shape explored the physical and mental benefits of yoga in the nude. 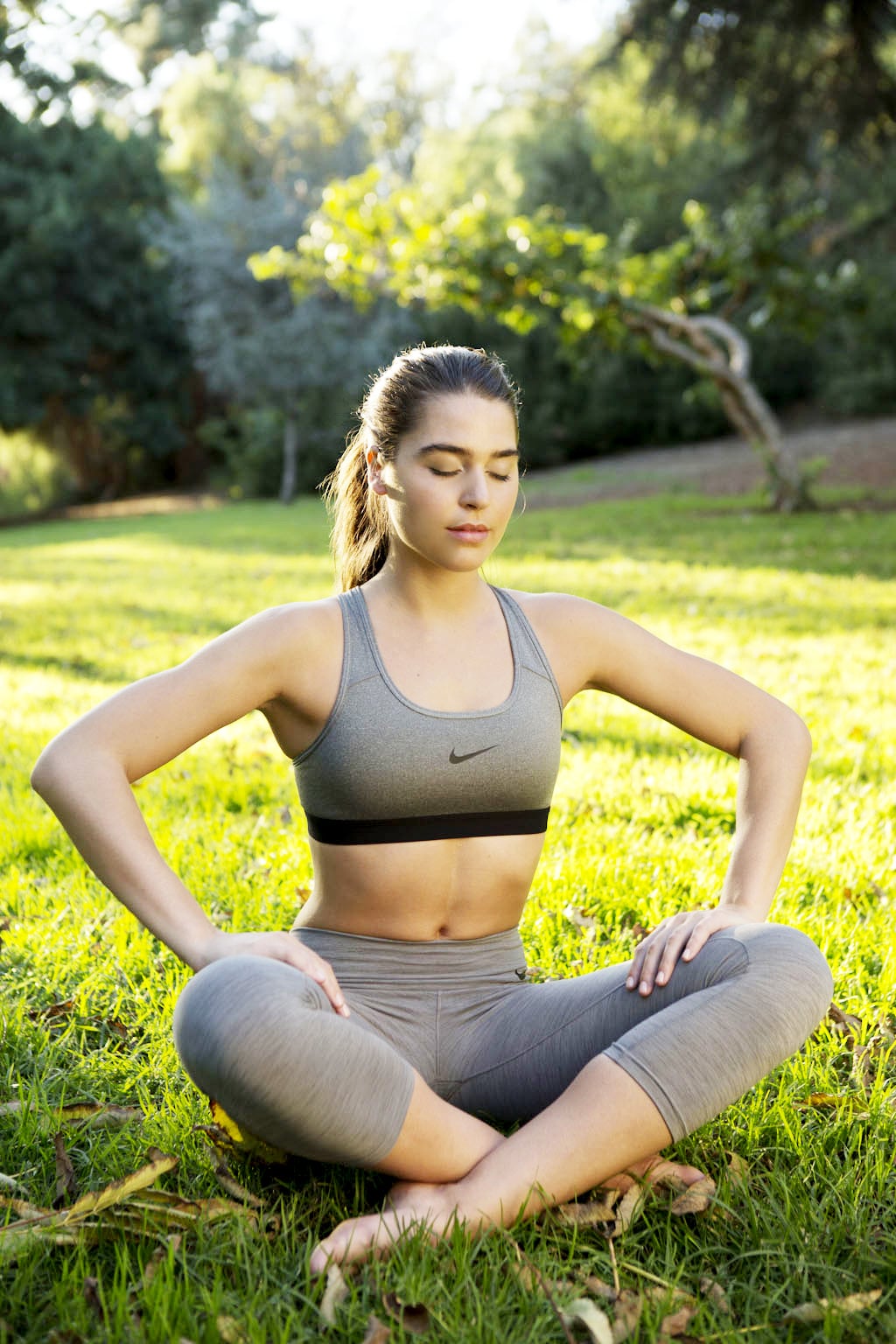 I like to make decisions based on what my 80-year-old self would want me to do. Stay out dancing in Florence until the sun comes up? Absolutely! Volunteer to model white jeans on the Today show? Of course! But recently I forced myself to see just how deep that conviction went.

It all started with an assignment from my editor at FITNESS: Get out and try the naked yoga trend, in which regular people strip down to nothing and do yoga as a way of becoming more accepting of their bodies. Or . . . something like that.

"Because you're the last person who would normally do it," my editor replied. (She's right. I don't even like to change in front of other women in the gym locker room.) Surprisingly, I didn't instantly shoot down the idea, and that had nothing to do with the possible paycheck. At 32, getting naked in a room full of strangers wasn't high on my bucket list, but this was a chance to see how far I would go to put my belief to the test. I ran the idea by a few friends and concluded that 90 minutes of red-faced stretching was worth a lifetime of bragging rights. I said yes, found a class, and signed up.

I'm no adrenaline junkie (my idea of living large is a vacation with a fancy hotel room and a beach chair to lounge in), but I think it's good to do things every so often that push your limits and scare you.

So in the same way someone who is afraid of flying manages to get herself on an airplane, I was going to spend some time with other average Joes and Janes who would see my every jiggly bit. If I lived to tell about it, I hoped the experience might also give me some bare-is-beautiful self-assurance that I had never really felt.

Being Bold in the Buff

The day of the class, I began to get serious jitters. Would there be bright lights or dim candles? Would everyone else have annoyingly perfect yoga bodies? Will the men in the coed class stare at me? I pushed those fears out of my head (I was, after all, freshly groomed and exfoliated), put on yoga clothes (not that they would be on for very long) and applied a few swipes of mascara (hey, anything to feel my prettiest).

On my way to the studio, located on the top floor of a posh Manhattan apartment building, I received a few "You're going to be amazing" texts from friends who knew what I was about to do. I took a deep breath and headed inside. I quickly introduced myself to our instructor, a beautiful petite blonde named Cindee, and the two women and five men with whom I was about to share the most embarrassing hour and a half of my life. Turns out, I was the only newbie; a few people had even been coming for years. I was relieved that at least the class had a mix of body types, from string beany to curvy.

My plan was to take cover in the back corner of the room — until I learned that everyone would form a circle and face each other. Now there was nowhere to hide! I put my mat down between a cute young guy, who was there with his girlfriend, and an Australian man in his forties and started stretching. And then things got real.

"Take off your clothes in whatever way feels most comfortable," Cindee announced, as she proceeded to lose her Lycra. Unable to think of a single way to undress that felt "comfortable," I stripped as fast as possible. The most nerve-wracking part: removing my underwear. Until then I could pretend I was in a bikini. I saw boxers and briefs hit the guys' mats beside me as I dropped my panties. And just like that, I was standing in a class with a bunch of naked strangers. I could feel my future 80-year-old self turning bright red. I was waiting for the ogling to begin, but the conversations around me turned to . . . the weather. Yes, as in, "Boy, feels like it's 100 degrees out there."

I was already counting the minutes until this would be over when Cindee started us off with a seated position. A cross-legged seated position! She asked us to go around the room introducing ourselves and say why we had come here. I think I said something about wanting to embrace my flaws, but the whole time I was praying I would sink through my yoga mat and disappear.

Thank goodness Cindee took over from there. She was so professional that it eased a lot of my embarrassment, the way a good doctor does in an exam room. Meanwhile I tried not to look below anybody's neck, which helped keep their bodies out of focus. And when I happened to glance somewhere rated NC-17, I'd just remind myself, "This is going to make a great story!"

But within minutes, things went from weird to . . . not. As we moved through the typical yoga poses — Warrior II, Downward Dog, Spinal Twists — the initial shock of all that nudity faded. In fact, being naked was a great equalizer. I could see how everyone there had belly rolls when they bent forward, even the skinny guys. I had spent so many yoga classes thinking I was the only one concealing mine.

By the time the class wound down, I no longer flinched during seated twists, even though I knew that the guy on my left was getting a not-so-flattering view of my backside, and that the one on the right, a straight shot of my boobs. After we said Namaste, I didn't rush to put my clothes back on but made small talk with my classmates before slowly getting dressed.

As I walked out onto the street, I noticed how I was standing tall in a way that seemed different from the good posture you get post-yoga. Those body flaws I had always fixated on? At the start of class, I had been paying lip service to overcoming them, and yet I had actually shrugged them off. And I had a feeling that the next time I was in my birthday suit, they would bother me a lot less than usual. I felt beautiful and brave, and that confidence has stuck with me since. Now when a situation intimidates me, I think, "You survived naked yoga; this is no big deal."

More From Our Friends at Shape: