I'm 31 years old, recently married, and on the fence about ever having children. I've never been completely against it, but I've also never felt as though I'm "running out of time" or that my life is or would somehow be unfulfilled if I ended up never having kids. For some reason, a woman saying that out loud seems to offend more than when someone straight-up asks her, "When are you going to have kids already?" But I digress.

I recently expressed my thoughts on having kids to a friend, and her response was, "You'll probably want to go off and freeze some eggs then, just in case." I was surprised by her nonchalance in saying that, as though freezing your eggs is as easy-breezy as stopping into the nail salon for a manicure, only instead you're popping into the doctor's office to quickly pluck some eggs out.

Related:
These Experts Explain Why Stress Can Wreak Havoc on Your Menstrual Cycle

Spoiler alert: it's not that easy. Freezing your eggs is actually more invasive than most people think, it's time-consuming, and it is most definitely not cheap. But these are all things I think I might have also been misinformed about if I didn't have friends who have actually gone through the egg-freezing process and shared their experiences with me. In addition to the physical aspects of the process, there are ultimately various emotional and situational factors to consider before making the decision to freeze your eggs.

It's Better to Do It Sooner Rather Than Later

If you are in your early 20s and already considering freezing your eggs, the chance that you will find somebody, get married, and are able to get pregnant naturally is a lot higher than someone who doesn't get married until their later 30s and has children even later than that.

Meggie Smith, MD, a fellow in reproductive endocrinology and infertility at the University of Southern California Keck School of Medicine and a 32-year-old single woman, completed her first egg-freezing cycle in December 2017.

"Being in health care and especially in my field, I'm very cognizant of the fact that your egg quality and quantity just gets worse over time, and that your eggs are never better than they are today," Smith said. "This is why I felt that my early 30s was a good time to do it. I felt like I was still preserving my fertility while my egg quality was good to maximize the chance that I could use the eggs if I needed to."

Related:
What Causes PCOS? Scientists May Have Discovered the Answer

"My work as an REI fellow 100 percent influenced my decision to do this," she said. "I see a lot of patients who can't get pregnant in their late 30s and early 40s, but also many in their early 30s. When you see someone who is the same age as you coming to a fertility clinic because they are unable to get pregnant, it totally freaks you out."

It Can Be a Financial Burden

Because egg freezing is an elective procedure, it is usually not covered by insurance. Although costs vary from clinic to clinic, most women can expect to spend about $10,000-$15,000 for all procedures and medications through the egg retrieval and freeze and then about $500-$800 per year in storage fees.

While Smith had some funds set aside for the procedure and medications, she was able to get some of the cost discounted since she did it through her workplace. "If I hadn't had that advantage, I probably would have asked my parents for a loan, which I think is something a lot of women end up doing if they haven't saved up for it," she said.

Related:
I'm in Love With My IUD For This Simple Reason, and I Don't Care Who Knows It

It's Not a Guarantee

One of the biggest misconceptions about egg freezing is that it's definitely going to work, Smith said. When a woman is ready to use her stored eggs, a frozen egg has to survive the thaw, and then it has to be fertilized with sperm to create an embryo, which then has to implant in the uterine lining and survive a full-term pregnancy. According to the Center For Genetics and Society, only two to 12 percent of eggs are viable after being frozen.

"There are so many things that can unfortunately go wrong, not by anyone's fault, but just by nature," Smith said. "It's important to understand that having your own biologically related child still may not be a given when all is said and done."

Related:
Ladies, Listen Up — Here's When You Need to Start Getting Mammograms

According to Smith, there is also a big misconception about fertility and age, thanks to the media and celebrity culture. "While it's true that many celebrities are having kids in their 40s, a lot of them are most likely using donor eggs and not disclosing that for personal reasons," Smith said. "Another big misconception is that you can just wait until you're 40 to freeze your eggs. At that point, you will likely end up with fewer eggs to freeze. So, sure, you can try it, but it may be too late and your fertility may already be declining. But for someone who's not infertile, it all depends on where you start out, your age, and what your ovarian reserve, or healthy egg supply, is."

Smith ended up with 20 retrieved eggs and was able to freeze the 13 that were mature eggs. This is an average number for a woman in her early 30s with healthy hormone levels. Smith plans to complete a second egg-freezing cycle, as she would like to have 20-30 eggs frozen and stored, as she currently believes she would like to have up to three children, depending on where she is in life when she is ready to do so and whether she has found a partner or not.

Related:
You Probably Hate Getting Pap Smears, but Here's Why You Shouldn't Miss Them

Smith first talked to her doctor about freezing her eggs in August 2017. Since she was on birth control pills at the time, her doctor wanted her to go off of them for three months, since they are known to suppress the body's hormonal system.

On the second day of her period in late November, Smith started a week of birth control pills to suppress her ovaries from making any hormones to prepare the body for the stimulation process. After that, she took four days off of taking any pills and then began 10 days of giving herself hormonal self-injections in her stomach from Dec. 1-10 before going for her egg retrieval and freeze on Dec. 12.

The injections you give yourself are to stimulate your ovaries to produce multiple eggs in one menstrual cycle, instead of one single egg, as they would normally produce. The injected hormones include FSH, or follicle-stimulating hormone to release your eggs; LH, or a luteinizing hormone that normally triggers ovulation; a gonadotropin-releasing hormone antagonist (GnRH), or a medicine to prevent ovulation; and a trigger shot injection of human chorionic gonadotropin (hCG), a pregnancy hormone that triggers that final maturation process of the egg, a process that wouldn't naturally happen before you ovulate.

Related:
Irritability, Brain Fog, and Cramping After Your Period? It May Be Postmenstrual Syndrome

While you would normally perform the injections at home, the 12-day period before the egg retrieval includes doctor visits for an ultrasound and blood work about every two days. If you work a standard full-time job, this is an important factor to keep in mind if the fact that you're freezing your eggs is something you want to remain discreet about.

The egg retrieval itself, meanwhile, is a small surgical procedure that takes about 30 minutes. The procedure involves a transvaginal ultrasound probe with a needle attached that goes through the vaginal walls and into the ovaries to extract the fluid in the follicles, along with the eggs, using suction. This fluid goes into a test tube, which is then viewed under a laboratory microscope to look for the egg, which is then frozen and stored in liquid nitrogen. 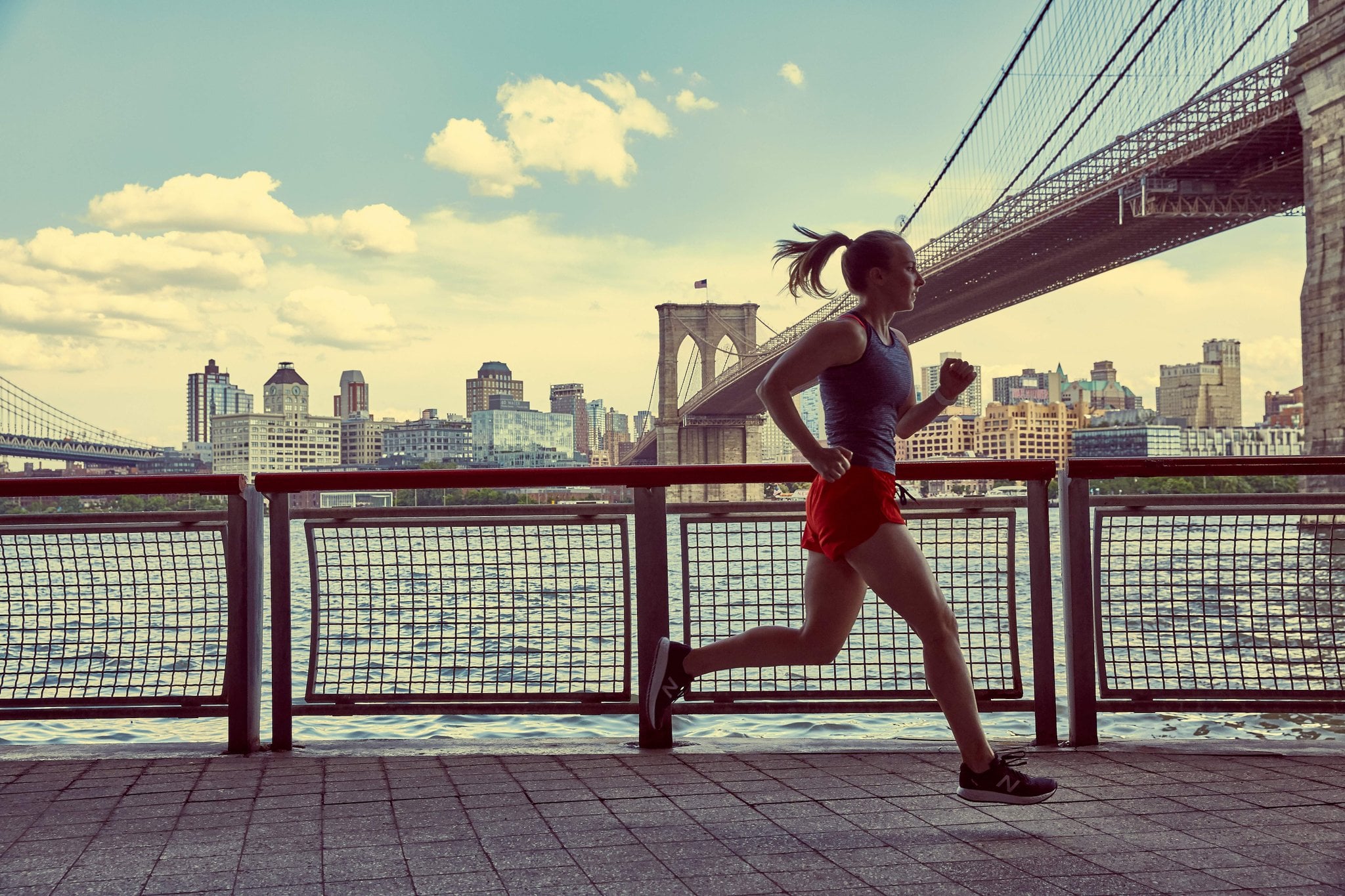 You May Experience Various Side Effects

Because you will go under anesthesia during the retrieval, you likely will not be able to work that day. Smith returned to work the day after her egg retrieval but experienced ovarian hyperstimulation syndrome, which is a rare side effect that causes increased bloating due to swelling of the ovaries, as well as dehydration.

"Because I wasn't doing anything too physically demanding at work at the time, I was able to tolerate this discomfort, but I think I otherwise would have been pretty miserable and would have wanted to take another day or two off," she said.

Smith found the bloating and discomfort that came with the injections and retrieval to be one of the most surprising parts of the egg-freezing process. Smith noted that she didn't feel any changes or discomfort in the first five days of injections, but by day seven, she started to feel very uncomfortable and full, almost as though she was pregnant, as her ovaries continued to enlarge and swell. Her stomach also began to get sore after she started running out of places to inject herself, and she ultimately gained about 10 pounds of water weight. Smith, an avid runner, was also unable to exercise for three weeks after the egg retrieval.

Related:
Things I Cried About During My Period: A Review of Irrational Moments

Other possible side effects, while rare, include blood clots that can travel to the lungs, as well as depression and anxiety. Smith experienced severe anxiety and depression in the postprocedure period, which she did not know to expect at all. Although there isn't sufficient scientific research that looks at anxiety and depression symptoms in the egg-freezing population, Smith believes she experienced them due to the significant increase and subsequent decrease of estrogen throughout the process.

There Are Important Questions to Ask Yourself Beforehand

If Smith finds herself married and unable to get pregnant naturally, or still single and ready to have a child, she is positive she will use her stored eggs, after trying in-vitro fertilization with her current eggs at whatever age she is. She tells her patients that egg freezing may be for them if they know their lives would not be complete without biologically related children and if they have considered whether they are only wanting to have children with a partner or if they are willing to be single mothers by choice.

"I'm a person who has always wanted biologically related children, and since that's something that I feel my life wouldn't be totally complete without, freezing my eggs was worth it to me," she said. "If you're not sure or you are OK with the possibility of not having biologically related children, then it's probably not for you. It's ultimately a lot to ask of your body as a woman, and it's disruptive to your normal life."

"Overall, it was very empowering to know that I was doing something for myself and reaffirming my desire to be a mother," she said. "I would say if you're seriously considering freezing your eggs, the least you owe yourself is to go in for the consultation to at least hear from that doctor what it entails and what his or her clinic's success rates are." 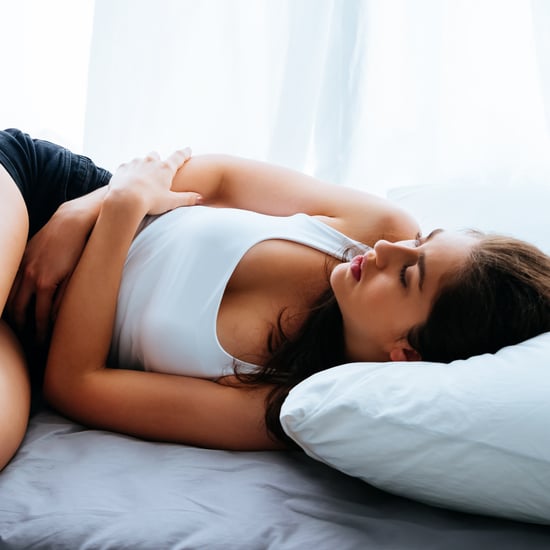