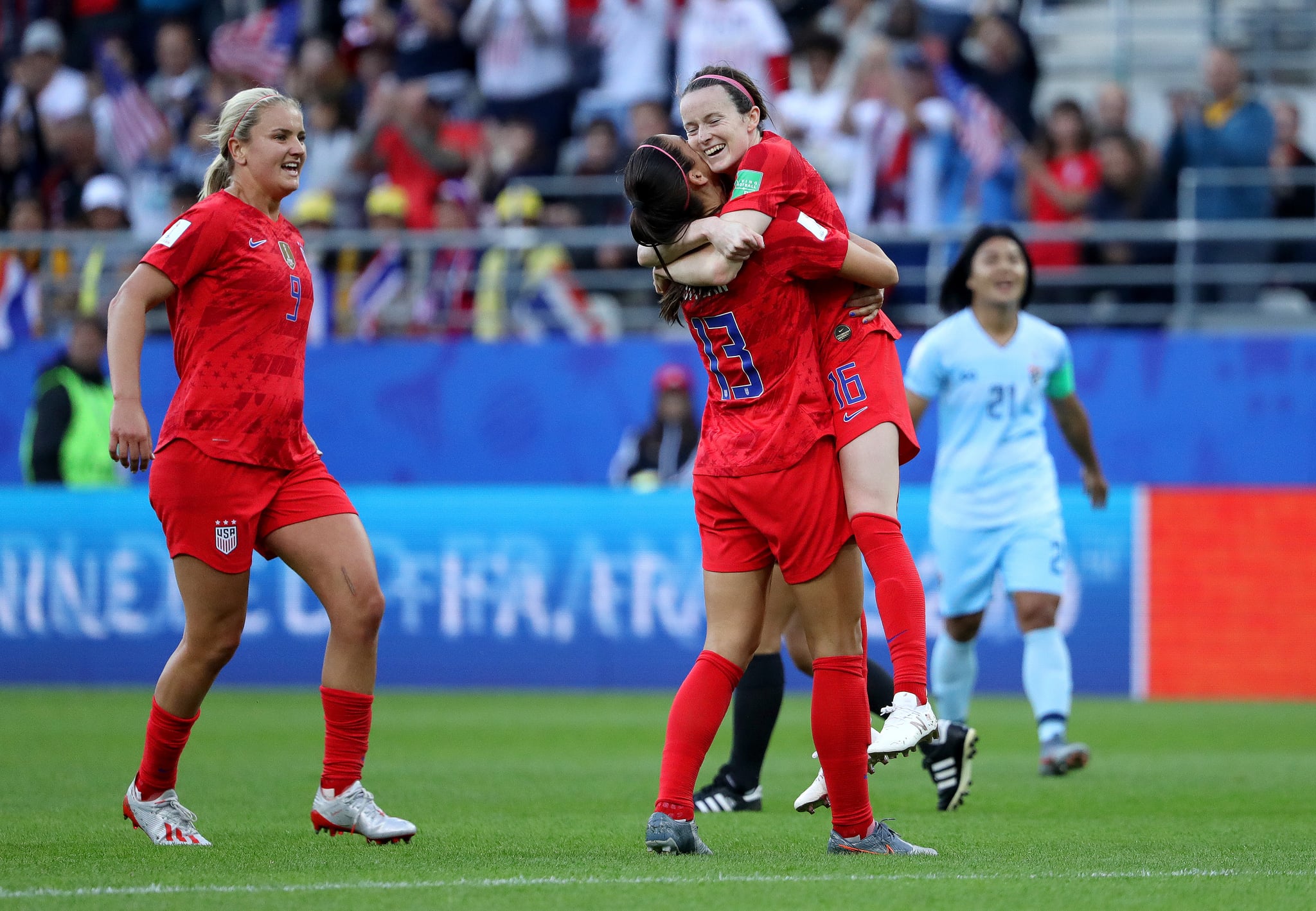 Like most humans, Rose Lavelle loves Chipotle. She's also a fan of country music. But her soccer skills set her apart from us all. Rose is one of the youngest players on the US national team at the 2019 FIFA Women's World Cup — and, on Tuesday, she made an incredible debut with two goals in USA's first game against Thailand. The women — who headed to France as defending champs — came out on top 13-0, a score that not only marked the highest out of any USWNT match but was also the highest in Women's World Cup history.

"We're not looking behind us, I feel like we're just looking forward," Rose told POPSUGAR leading up to her departure to France. "This is a new team and a new journey." She also said that her one goal for this World Cup is to be the best player and teammate she can be — and it looks like she's off to a phenomenal start achieving that. Here are some basic facts to know about her:

Since POPSUGAR had a chance to sit down with Rose before she headed to the World Cup, we got to know a little bit more about the 24-year-old. Yes, she listens to country music while stretching prior to hitting the field. A pregame meal won't look like a Chipotle order, despite her self-proclaimed love for it; it might look more like eggs or chicken for protein and pasta or a bagel for carbs. She enjoys sitting on the couch with a cup of coffee for self-care, has an adorable English bulldog named Wilma back home (turning seven this year), and does a specific breathing technique where she counts her breaths to calm her nerves midgame.

When Rose isn't working out, she'll do cryotherapy, go on a light jog for active rest, or "just chill." Her favorite app for meditation is Headspace. She regularly sees a sports psychologist who has helped her overcome the burden of past injuries and the stress that an international stage can put on your body and mind. Sports psychologists are there to listen to your insecurities, Rose explained, and she values having that outlet.

Rose started off her first World Cup with quite the performance; one more goal and she would have made a hat trick. If you missed her goals, you can watch them here and here. She looked right at home on that field, and it makes sense. When we asked if, growing up, Rose ever contemplated picking a different sport, she immediately said no: "Nothing compares to soccer."