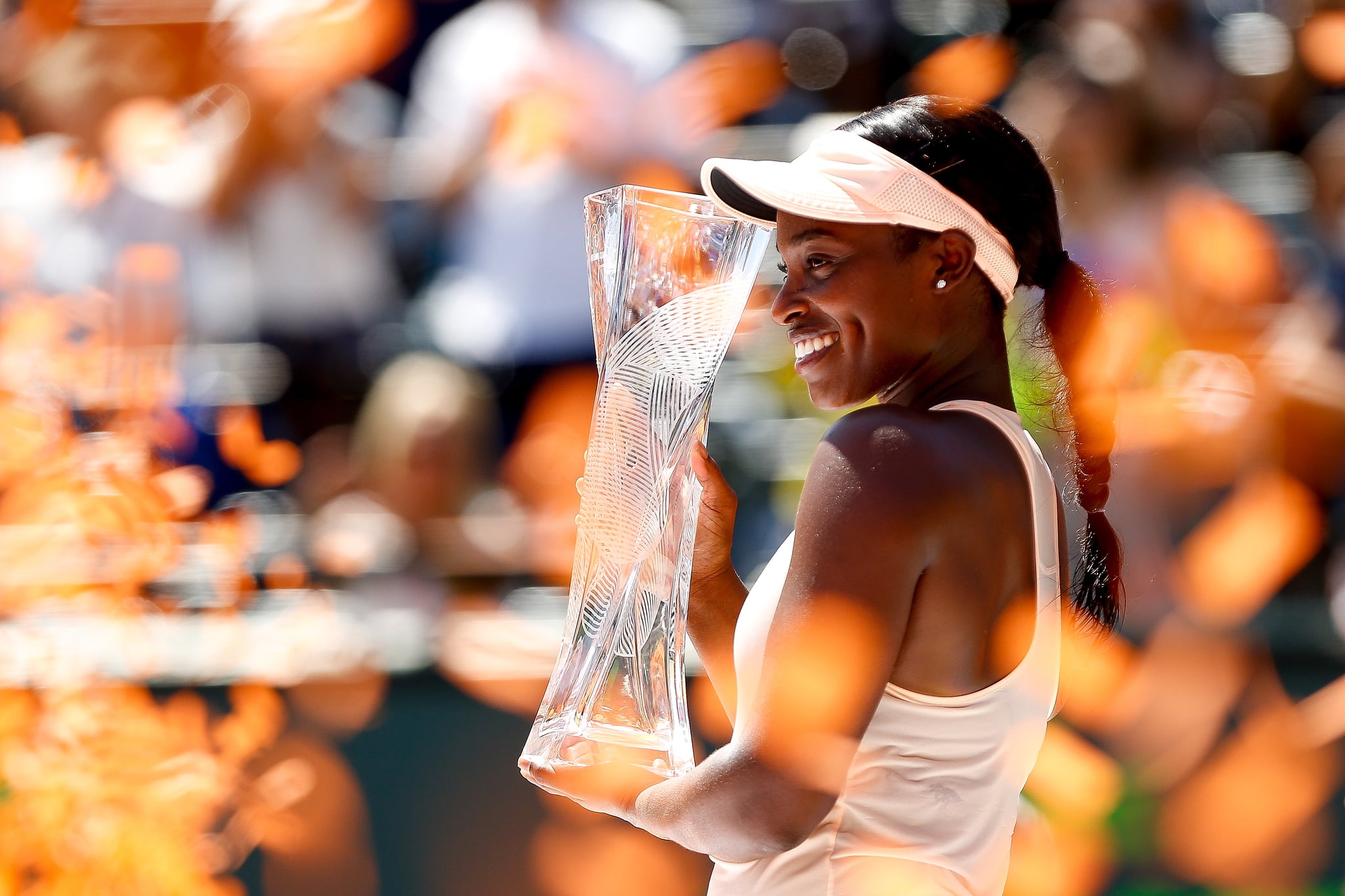 Sloane Stephens has been taking the tennis world by storm. Just last year, she won her first Grand Slam title at the US Open, and she's shown no sign of slowing down. She's known for her extreme athleticism — speed, explosiveness, and a powerful forehand — on the court, and she wouldn't let a career-threatening injury stop her success. She's writing her own history — at the age of 18, she became the youngest player in the Top 100 and has junior French, Wimbledon, and US Open doubles titles over the last eight years. If you didn't already have Sloane in your sights, you're going to want to have her on your radar. Here are a few things you might want to know about this tennis sensation.

Athleticism Runs in Her Blood

Her mother, Sybil Smith, was an All-American swimmer at Boston University, becoming the first African-American woman in swimming to be named a first-team All-American. Her father, John Stephens, was an NFL running back and a first-round pick for the New England Patriots in the NFL in 1988. Her career began at the age of 9 as she started to play tennis to occupy herself while her mother played with friends.

Her Pregame Song Is One of Our Favorites

In an #asksloane Q&A on Twitter, she shared with fans that Cardi B's "Bodak Yellow" is her favorite pregame song to listen to.

Related:
Venus Williams's Inspiring Australian Open Prep Is All About Deadlifting and Dancing

Her Furbaby Is Adorable

She has a Cockapoo named Teddy and revealed that, whenever she gets back home from trips, Teddy climbs inside her suitcase and stays there until she fully unpacks.

Her first Olympic appearance was at the 2016 Summer Olympics in Rio de Janeiro, Brazil. After the 2016 Olympics, she ended up having to take time off to get surgery on her broken left foot.

During a recent #asksloane on Twitter, one fan asked, "What Hogwarts House are you?", so she revealed she had been Sorted into Gryffindor, naturally.

Her debut as a Sports Illustrated swimsuit athlete happened this year, and she shared that "trying to maintain your composure with waves and sand flowing was wild. I have so much respect for all of the models of the world."

Her Boyfriend Is a Professional Soccer Player

Jozy Altidore is an American soccer player who plays for Toronto SC, and he's a member of the US men's national team. There was speculation as to who the mysterious man was in one of her Instagram posts. After much speculation and rumors, it's clear that the two are indeed a couple.