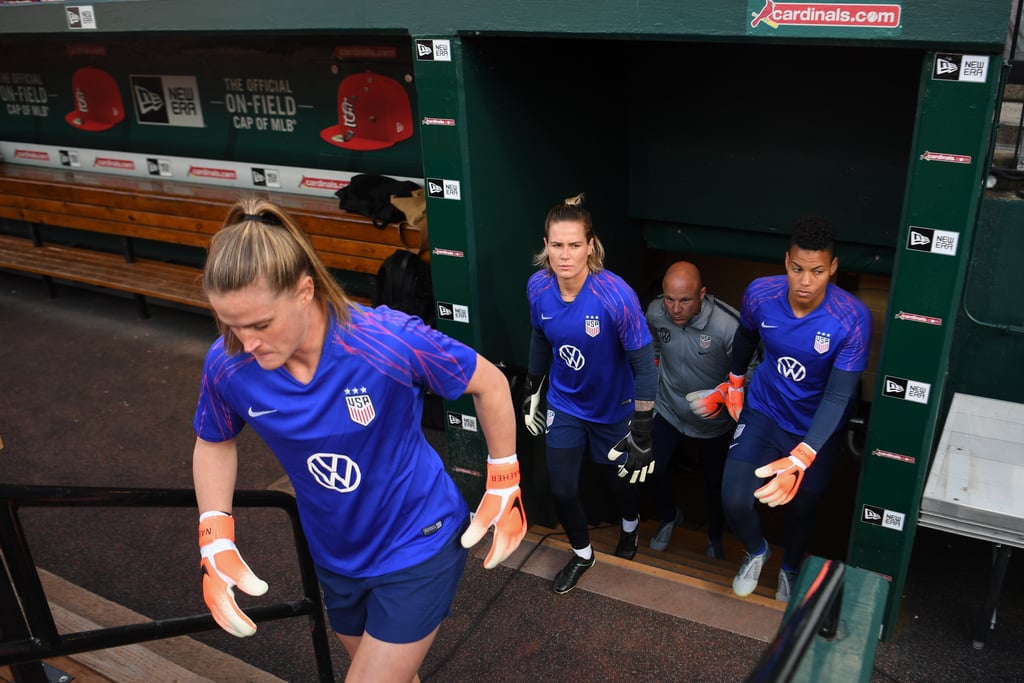 Of the 11 players on a soccer field, only one is tasked with protecting the goal. The goalkeeper may just have the most important (and most difficult) role of all, and the US women's national soccer team goalie is one of the most exclusive positions in all of professional soccer — over the past 34 years, only 23 women have taken on the position for the national team.

The US roster for this year's Women's World Cup has been released, and three of those 23 players will potentially play goalkeeper. With one goalie boasting 45 caps (or appearances at the international level) and another one only one, the team is bringing a varied set of talent. Here's everything you should know about this year's Team USA World Cup goalies.