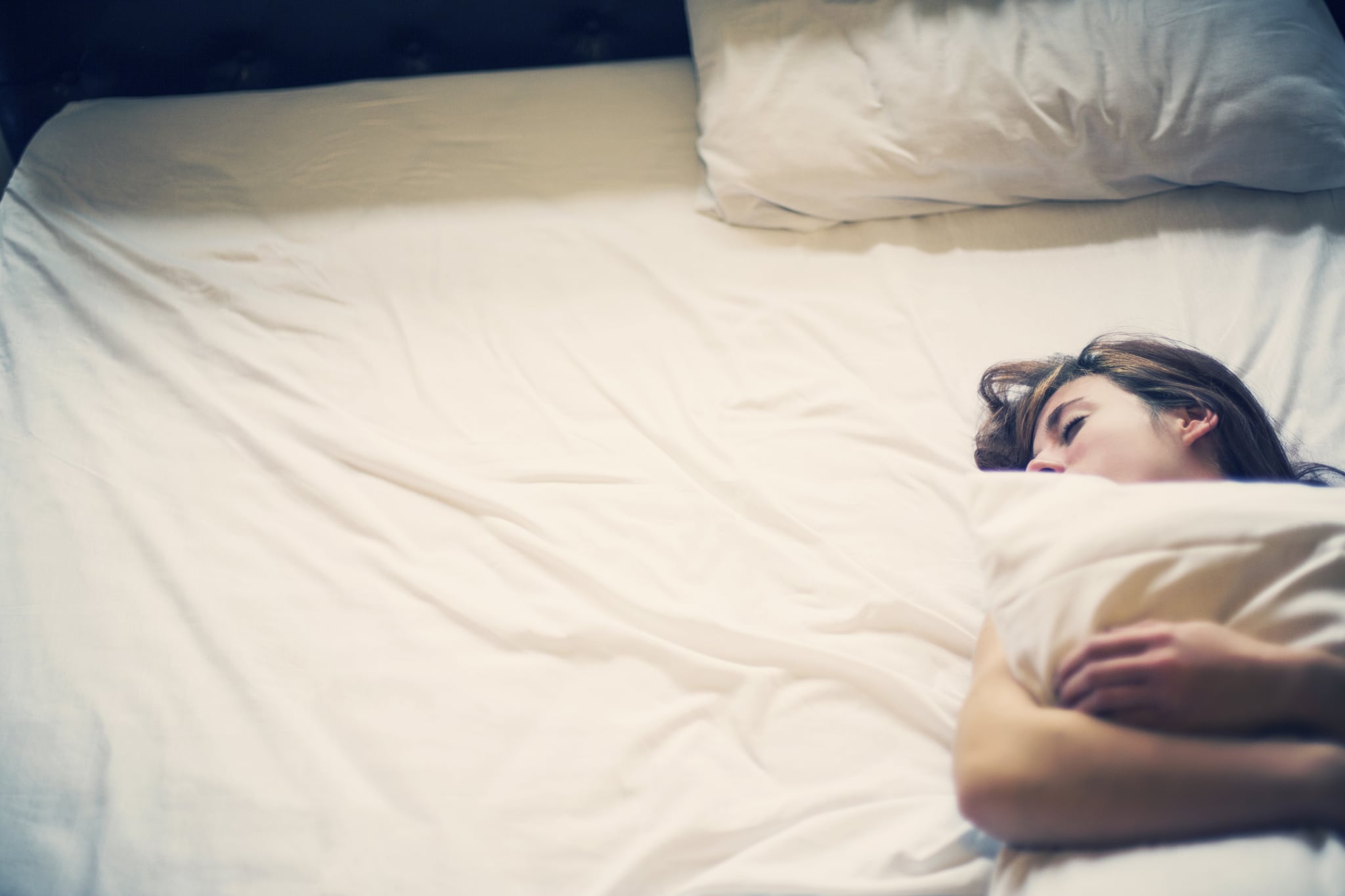 My friend from college dreams about the place we went to school whenever she gets her period — but they're not normal dreams. In these dreams, she's fighting against nature, and during her most recent one, she was stuck in river rapids. A coworker of mine admitted that she has the "weirdest" dreams the days leading up to her period. They're vivid and usually put her in action-packed or emotional situations (getting chased by the police in an adrenaline-filled frenzy, for instance). Though it's not a typical symptom you hear about when people discuss PMS and their menstrual cycle, experts we spoke to said it does make sense that some women (or people assigned female at birth) experience this due to a shift in hormones.

Sleep Disturbances Are a Symptom of PMS

Scott Reynolds, MD, board-certified ob-gyn at WellStar Health System, told POPSUGAR that though only a handful of patients actually come to him reporting vivid dreams just before their period, sleep disturbances in general are a symptom of PMS. Jaime Knopman, MD, board-certified endocrinologist at CCRM New York and former assistant clinical professor in obstetrics and gynecology at the Mount Sinai Medical Center, agreed. Women often report difficulty sleeping the days leading up to and during their period, she said. "This is likely because of the falling levels of estrogen and progesterone," she explained, "and the insomnia can be accompanied by vivid dreams and even nightmares." (For the record, she's had several patients call her to ask if wild dreams before their periods was normal.)

Katherine Sharkey, MD, PhD, assistant dean for Women in Medicine and Science at Brown University and medical director of the Brown Medicine Sleep Center, further explained: "There is evidence that the fluctuations in progesterone across the menstrual cycle are associated with sleep disturbances, and this is where there may be an association with how women experience dreams." The more sleep disturbances, the less rapid eye movement (REM), or "deep sleep," you will get. It's in REM sleep where we do our most vivid dreaming, and Dr. Sharkey noted that people are more likely to remember their dreams if they wake up closer to a REM sleep stage, so it's possible that sleep fragmentation interrupting REM could result in intense dreams.

Before ovulation occurs, estrogen is the primary hormone, Dr. Knopman said. "You feel good and you sleep well. You may dream, but because you spend more time in REM, you may not remember them." Following ovulation, the ovaries produce progesterone, and it dominates. Specifically, increases in progesterone during a woman's premenstrual phase, also known as the luteal phase that occurs after ovulation and before your period, could be the culprit of these dreams, Dr. Sharkey said, referencing a study she and other doctors published in 2014. She continued on to say that there's also speculation that women are more likely to have insomnia or sleep fragmentation when progesterone levels drop from the premenstrual phase to the onset of a woman's period. "So, this could result in more awakenings at the end of the premenstrual phase and a higher likelihood that a woman would remember more vivid dreams," she said.

That's not all, though. Women experience an increase in core body temperature in the premenstrual phase, and this is associated with a decrease in REM sleep, Dr. Sharkey said. She explained: "Since the brain seems to strive to keep the sleep stages fairly consistent, it is plausible that some women experience a rebound in the amount of REM sleep they have after the premenstrual phase when they get their periods, and that this makes it more likely that they will experience weird or vivid dreams."

What to Do If You Experience PMS Dreams

If you're experiencing these weird and vivid dreams, you should be aiming to follow general sleep best practices, which include the following from these experts:

Dr. Reynolds also noted that feelings of discomfort during PMS may impact a woman's eating and/or exercise habits, which can ultimately impact her quality of sleep. He suggested that you continue working out to combat some of these symptoms (though you should listen to your body, exercise can help alleviate PMS). Also, eat small, frequent meals throughout the day to maintain sugar levels and keep up with a healthy diet of lean protein, vegetables, and complex carbs, he said. But, even if you do ultimately dream about being chased by the police or getting caught in the river rapids near your alma mater, you should find relief in knowing that it's not just you; it's your period.