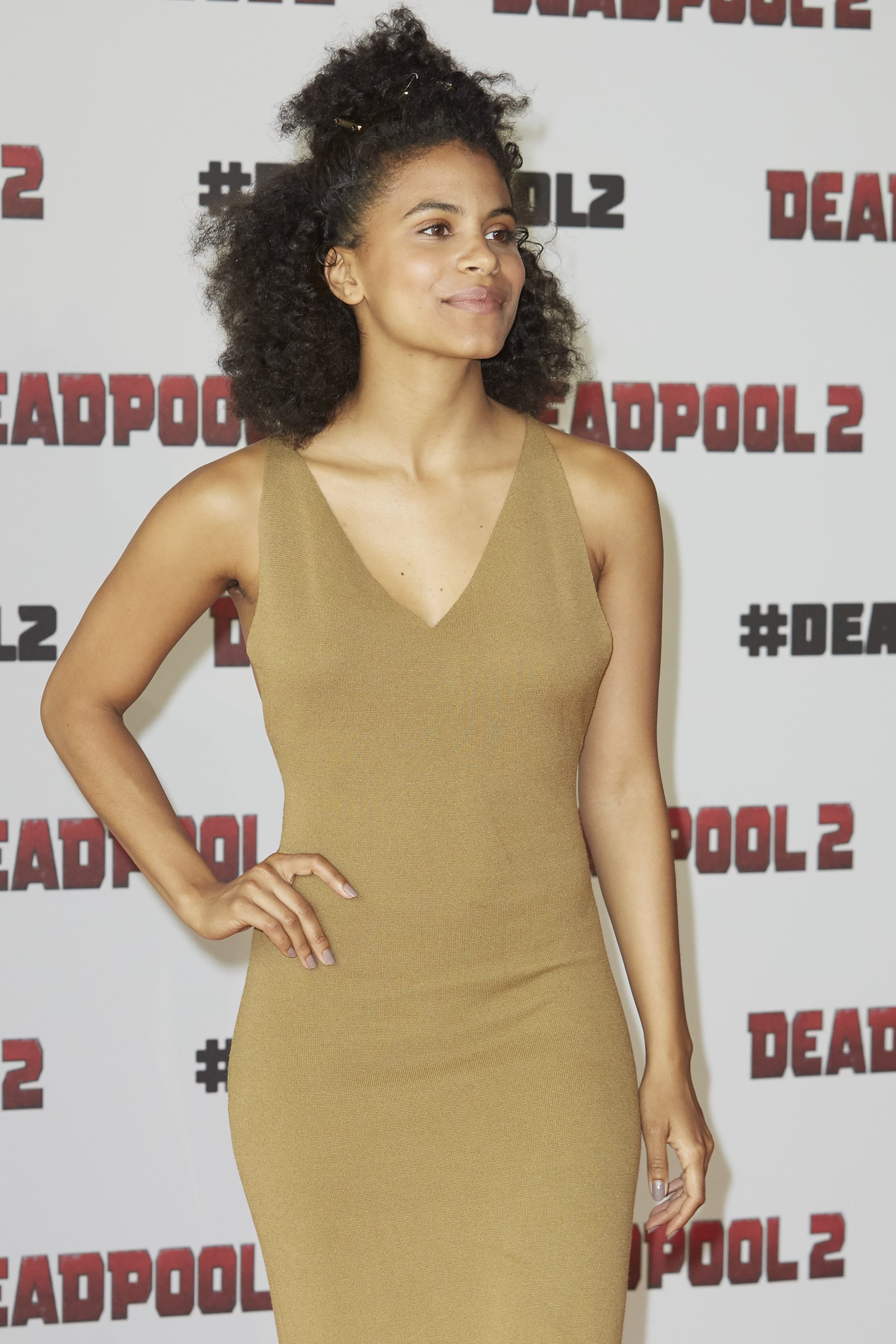 Try to contain yourselves as we patiently await the release of Deadpool 2 on May 18. Zazie Beetz (also known for her role as Van on FX's Atlanta) stars alongside Ryan Reynolds as Domino, the lucky mutant who can affect probability in her favor. POPSUGAR spoke to Don Saladino, a celebrity trainer and the founder of Drive 495 — who also trains Ryan Reynolds and Blake Lively — about how Zazie prepared for her badass role in the upcoming film.

Related:
You Should Sit Down Before Watching the New Deadpool 2 Trailer — It's That Good

Don told POPSUGAR that Zazie wasn't someone who ever really exercised much, but when he first assessed her to see how she moved, he found she was "pretty athletic." Don explained that they didn't focus on "a ton of cardio" because she already has a lean body type. Instead, Don programmed her strength-training sessions to contain cardiovascular elements by reducing her rest time. "What we needed to do for the role [was] we had to turn her into more of an ass kicker," added Don. Every workout Zazie did consisted of a traditional jump, throw, and carry format (done at 80 percent intensity), used by Don to re-establish athleticism in the body after a bodyweight dynamic warmup.

After the jump, throw, and carry series, Zazie would then begin a strength circuit. In order to transform into the badass Domino, Don had her doing explosive exercises like medicine ball throws, jumping, and carrying weights. Don noted that this style of training can intimidate women, but "picking up things like kettlebells and doing things like squats and split squats — it's the stuff that works the best. It elevates the heart rate the most, and it's not linear and so one-dimensional like how most people train."

Related:
10 Things You Should Know About the Highly Anticipated Deadpool Sequel

Because Zazie is a vegan, Don didn't have to change anything with her diet and encouraged her to "continue making good food choices and eating quality foods." Foods like lentils, tempeh, edamame, and beans are great sources of protein to fuel your body before and after workouts.

Lizzo
This Viral Lizzo-Themed Treadmill Workout Is So Good, Even Lizzo Loves It
by Jenny Sugar 1 day ago