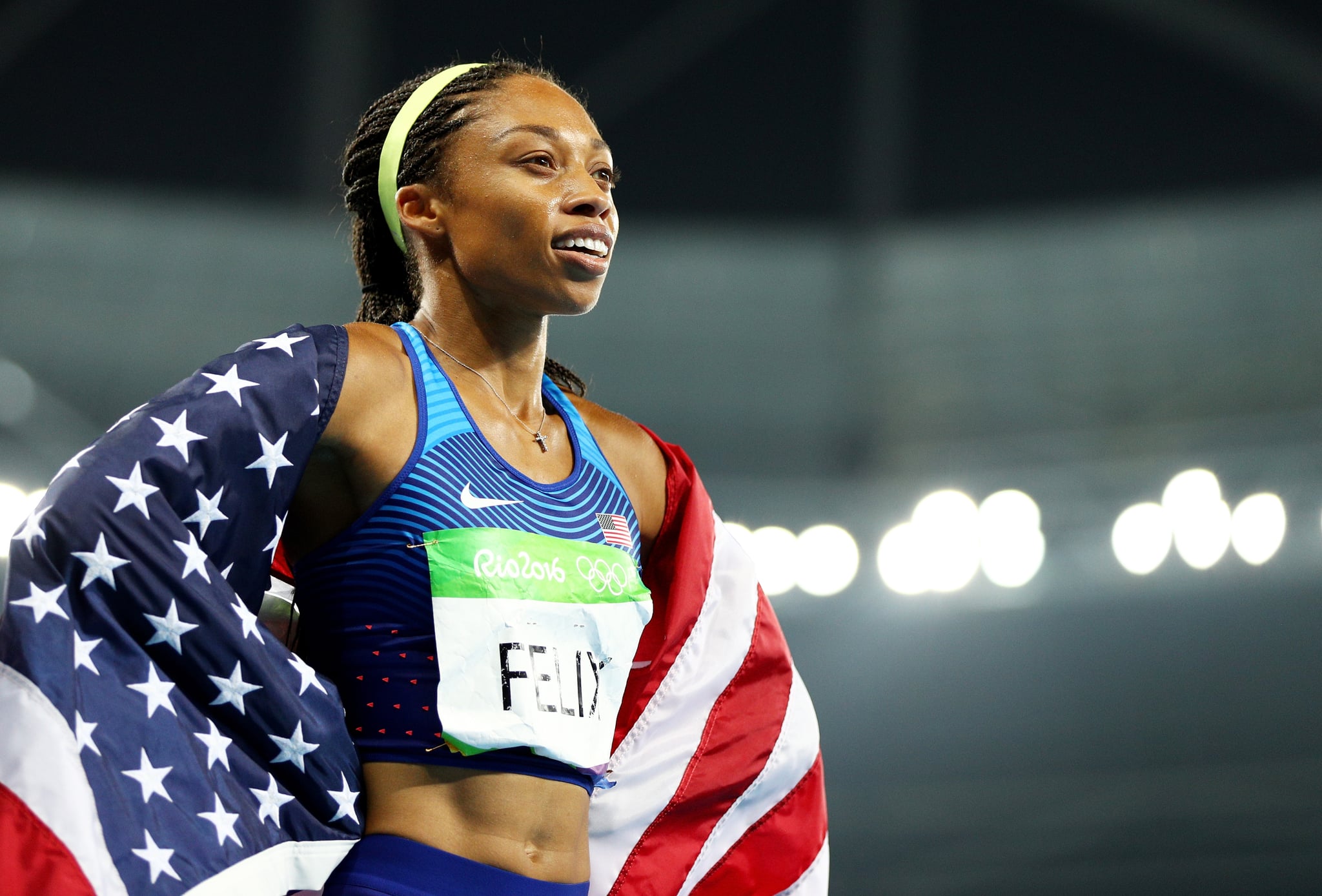 It's the Olympic storyline the country can't stop talking about: Allyson Felix is headed to her fifth Olympic Games. This Olympics is special not only because it's Felix's first as a mom, but also because she could leave Tokyo as the most decorated Olympian in women's track-and-field history. The nine-time Olympic medalist needs just one podium finish to make history, and she could have up to three chances to do it. So, when can you cheer on one of track and field's brightest stars? Take a look at her competition schedule below.

When to Watch Allyson Felix at the 2021 Tokyo Olympics

There's a lot up for grabs for Felix at the 2021 Tokyo Games — but first she, as well as Team USA's track relay teams, will have to advance to the finals. Individually, Felix will be looking to secure a spot in the 400-meter final, where she could win her first gold medal in the event. Should she make it to the finals in all of her events (the 400-meter, the women's 4x400-meter relay, and the mixed 4x400-meter relay), this will be her full schedule.

Olympic sports will be available for streaming on various NBC platforms (with a paid subscription to a partner cable, satellite, or streaming service), and many of the track-and-field events will be taped and repackaged to air that evening in prime time.

The current Olympic competition format states that track events with the highest number of entries — like the 100-meter dash, for example — will have a preliminary round prior to the first round. From there, runners must advance to the semifinals, then to the finals, in which up to eight athletes race for a medal. Will Felix become the most decorated Olympian in women's track-and-field history? There's only one way to find out!

Summer Olympics 2021
Canada Won Soccer Gold, but Its Heroic Goalkeeper Fought Anxiety and Panic Attacks on the Way
by Maggie Ryan 1 hour ago

Workouts
Want to Take Your Strength and Stability Training Up a Notch? Let Leylah Fernandez Demonstrate
by Samantha Brodsky 6 hours ago

Simone Biles
Sparkly Leotards and Sky-High Flips: Get a Sneak Peek of Simone Biles's Gold Over America Tour
by Maggie Ryan 1 day ago