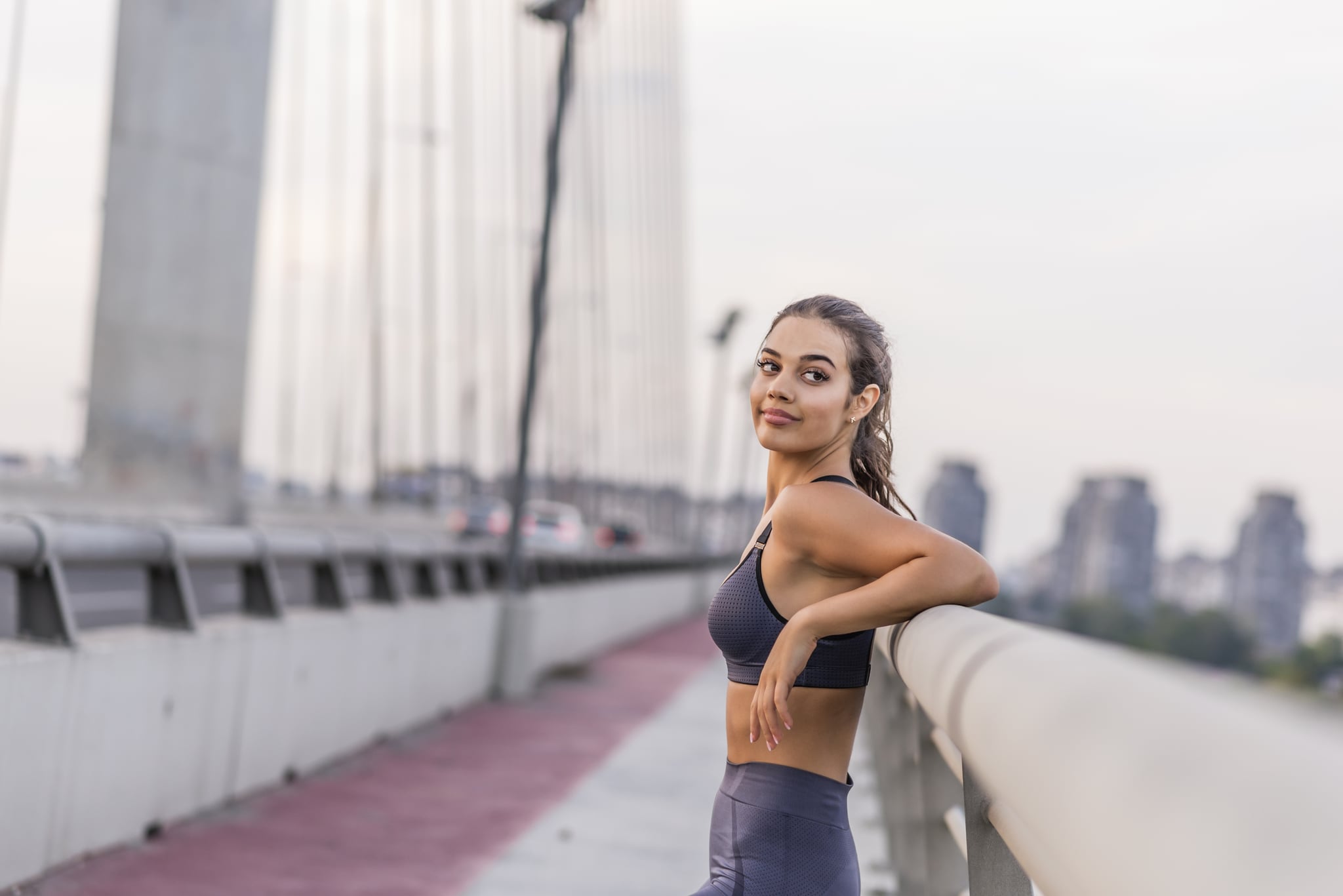 Getting an intrauterine device (aka IUD) is a big decision. For all the people who adore their IUDs (myself included), there are plenty of horror stories about perforation and expulsion, not to mention excruciating implantation experiences — and yes, I had one of those too. Just like with any medical procedure or prescription medication, you have to weigh those potential risks with the benefits and make the right choice for yourself. When I was making my IUD decision, though, I had one question the internet didn't have an answer for: could anything happen to my IUD when I worked out?

Yes, it's a pretty specific question, but it didn't seem that far-fetched. At the time, I was doing a lot of intense HIIT workouts filled with jumping, twisting, and squatting exercises. I ran every week, swam laps, and did yoga. Could an awkward movement cause the IUD to expel or perforate my uterus, or even just lead to cramps? Expulsion and perforation do happen (more on that later), so it didn't seem out of the realm of possibility.

The good news: I've had an IUD for seven years now without any of those workout-related struggles, minus a week of debilitating cramps (and some time off from exercise) after my first insertion. It's a concern that's stayed on my mind, though. I didn't have any IUD-related workout issues, but I still wondered if it was a possibility for others. Keep reading to find out everything you need to know about working out with an IUD and how long after IUD insertion you can exercise again.

Can You Work Out With an IUD?

It's very safe to work out with an IUD, according to Laura Pineiro, MD, an ob-gyn with Northwestern Medicine. That's because an IUD is placed in your intrauterine cavity, which she described as a small triangle of space within the muscle of your uterus. "Once it's there, it's not very likely that it's going to move and go somewhere else," Dr. Pineiro explains.

As a reminder, an IUD is a small, T-shaped instrument that sits in your uterus, with a string extending out through your cervix and into your vagina (just slightly). When you get your IUD removed, your doctor uses this string to pull the IUD, retracting the arms of the IUD and allowing it to slide out of the cervix. That won't be happening when you work out.

It is possible for an IUD to perforate, or puncture, your uterus, though there isn't any data suggesting that exercise is a risk factor for it. And as scary as perforation might seem, know that it's also an "incredibly rare" occurrence, according to a 2022 study. Researchers looked at a group of more than 327,000 people with IUDs and found that only 0.6 percent experienced perforation within five years of IUD insertion (so almost 2,000 people). People whose IUDs were inserted between four days and six weeks of giving birth were at higher risk. (Symptoms of IUD perforation include intense pelvic pain after insertion, pain or heavy bleeding after insertion that lasts for longer than a few weeks, and sudden changes in menstrual flow.)

Related:
The Copper IUD Wasn't For Me — Here's Why It Took Me a Long Time to Accept That

Exercise is also not considered a risk factor for IUD expulsion, which is when an IUD "falls out" or comes out of the intrauterine cavity. In general, expulsion occurs in two to 10 percent of people with IUDs, according to the American College of Obstetricians and Gynecologists (ACOG). It's unclear exactly why IUD expulsion happens, but risk factors may include being under 20 years old, having recently given birth, or having recently had a second-trimester abortion. Symptoms of IUD expulsion include severe cramping, pain, abnormal or heavy bleeding, and abnormal discharge, according to ACOG.

So, as intensely as you might be jumping, twisting, or running, exercise is not a risk factor for IUD expulsion or perforation. "With an IUD in place, you can run, you can lift weights, you can swim," Dr. Pineiro tells POPSUGAR. "You can do any kind of exercise and it should be safe."

The only issue you might have with exercise, she says, is if you experience general IUD side effects like cramping, bleeding, or spotting. (As a reminder, the copper Paragard IUD, in particular, often causes heavier flow and more intense cramping. A hormonal IUD, such as Mirena, Skyla, or Kyleena, may lead to a lighter flow and can even cause your periods to stop altogether.)

Side effects like cramping and spotting aren't caused by exercise, but experiencing them may lead to discomfort while working out. Dr. Pineiro recommends taking ibuprofen or Motrin if you're having uncomfortable cramps. If the pain continues, see your provider to discuss alternate solutions.

When Can You Exercise After an IUD Insertion?

After an IUD implantation, it's best to wait 24 to 48 hours before working out again, Dr. Pineiro says. That gives your body time to adjust to the IUD, moving past the cramping and soreness that can occur on the day of the insertion. Given the typical side effects of IUD implantation, you may not even feel like working out anyway.

In general, if you're worried about your IUD affecting your workouts (or vice versa), you can breathe easily. This convenient and effective form of contraception should get along just fine with your fitness routine.

Related:
What to Know About Your Birth Control After Taking Plan B
Image Source: Getty / ljubaphoto
Healthy LivingHealthBirth ControlSexual Health

Health
Is Period Underwear Safe? The Answers Are Still Murky
by Melanie Whyte 21 hours ago

Pregnancy
Is It Safe to Take Allergy Medication While Pregnant? Experts Weigh In
by Devan McGuinness 2 days ago