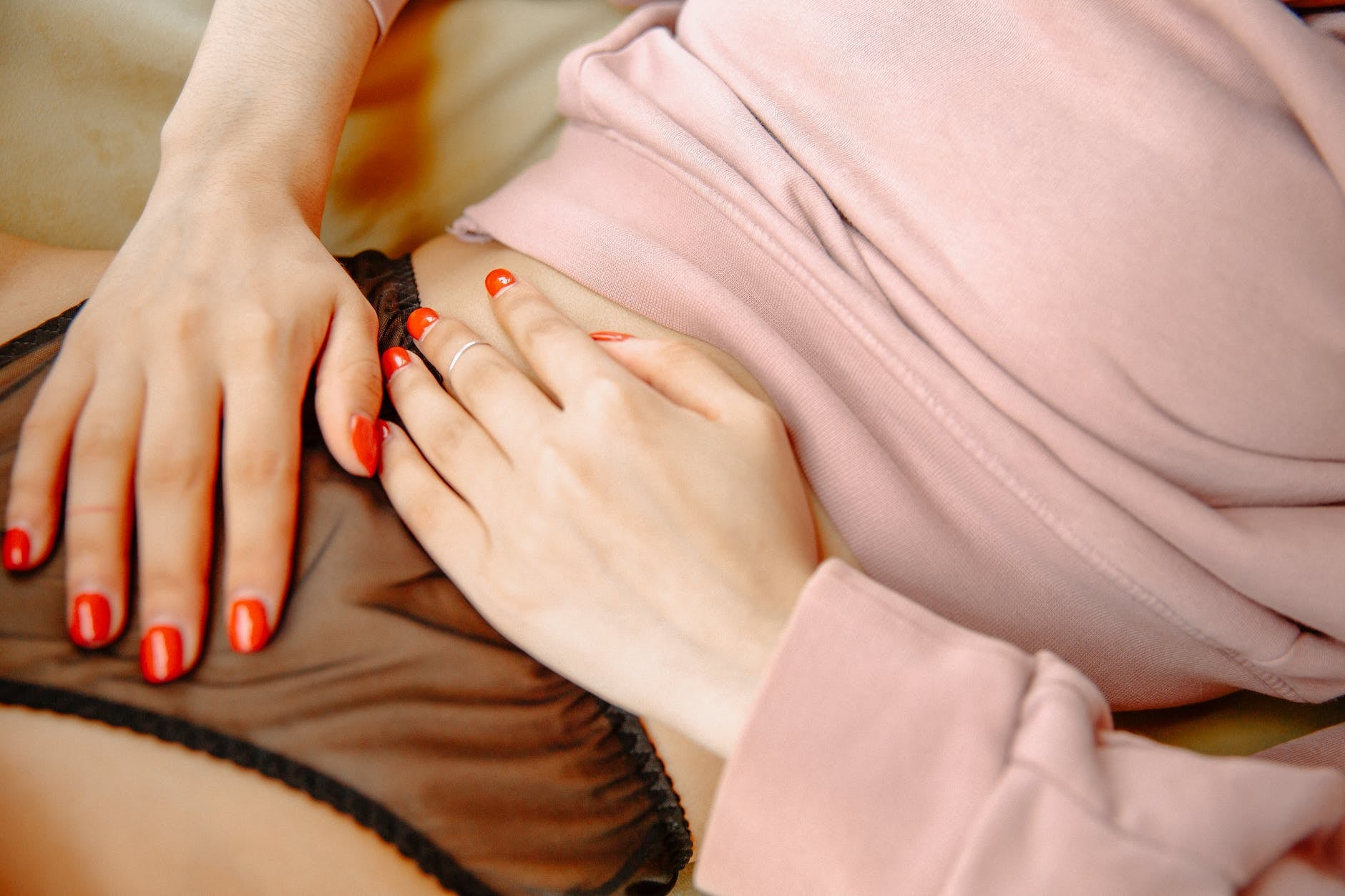 When I was first introduced to the world of intrauterine devices (IUDs), I had decided that I no longer wanted to take birth-control pills and had began looking for alternative birth-control methods that were not susceptible to human error. In my search, I came across the copper IUD called ParaGard: a hormone-free birth-control option that would be implanted in my uterus and stay there for many years, reliably blocking the fertilization of eggs without any further work on my end.

After a few years of having the ParaGard, however, I noticed that my menstrual flow changed to a heavier period with more painful cramps, and — although I loved this form of birth control for its efficiency — I personally needed to try another option. After talking to my gynecologist, it was decided that the best option for me would be a hormonal IUD (in my case, the Mirena). I had initially avoided the hormonal IUD, thinking that the hormones would change my body in the same the way my birth control pills did. But, due to my family's medical history and my lifelong experience with heavy periods, my doctor highly suggested that I make the switch. So, I did. After doing so, my body experienced much milder side effects than it did with the copper IUD, which solidified the fact that I had finally found the right birth control option for me.

But, it made me wonder what makes these two palm-sized "T" devices different from one another. In my experience, the side effects of each one differ significantly. So, how do we know which one is the right one for us, if at all? I talked to two gynecologists about the copper and hormonal IUDs to uncover more about how and why exactly they differ, and the many similarities they share as well.

What make the copper and hormonal IUDs different?

According to the experts that spoke to POPSUGAR, the ParaGard (copper IUD) and the Mirena (hormonal IUD) are both intrauterine contraceptive devices that differ mainly in their contraceptive agents. The "ParaGard is a nonhormonal, long-acting reversible contraception (LARC), and the Mirena is a hormonal LARC," said board-Certified OBGYN Dr. Kameelah Phillips, MD IBCLC. According to Planned Parenthood, LARCs (a family of contraceptives that also includes the hormonal contraceptive implant) prevent unwanted pregnancy up to 20 times more effectively than birth control pills, patches, and vaginal rings. "LARCs are the most effective forms of reversible contraception," adds board-certified OBGYN Dr. Kiarra King, MD FACOG.

While the ParaGard's contraceptive agent is the thin copper coil wrapped around the device, the Mirena prevents pregnancy by emitting a small amount of the hormone progestin (similar to the body's naturally occuring hormone, progesterone) slowly overtime. According to Dr. Phillips, "both LARCs offer contraception for several years. The ParaGard for up to 10 years, and the Mirena for up to five years."

How do the insertion and removal processes differ for each IUD?

"The mechanism used for inserting the devices is slightly different for the physician simply due to the design of each product," explained Dr. King. Although the design of the insertion tool differs slightly, Dr. King assured us that "the patient wouldn't notice any difference."

Do the copper and hormonal IUDs have similar success rates for contraception?

"Both IUDS are 99 percent effective in preventing unplanned pregnancy," said Dr. Phillips. Our experts shared that both devices have a failure (or unintended pregnancy) rate of less than 1 percent, but differ slightly within that threshold. "The copper IUD's [failure rate] is around 0.8 percent, while the hormonal IUD is around 0.2 percent," explained Dr. King, making the hormonal IUD slightly more effective.

What are the benefits of the copper IUD, ParaGard?

Dr. Phillips said that the ParaGard "is the longest-acting reversible contraception," which makes this particular device a good option for those who want to prevent pregnancy without having to replace the IUD after a few years. Planned Parenthood states that the copper IUD works by making it nearly impossible for the sperm to reach an egg because "sperm doesn't like copper." Dr. Phillips explained that "there is no hormone [in the ParaGard] to alter periods or ovulation," which means that "it can be used by almost anyone, regardless of medical conditions except — of course — if you have an allergy to copper."

"Outside of the contraceptive benefit," added Dr. King, "the copper IUD is good for 10 years, so there is less need for removal and reinsertion. It also has no hormones, which makes it a great option for people who can't use a hormonal method." Interestingly, a copper IUD can also be used as emergency contraception (in place of the morning-after pill) and is more than 99.9 percent effective if it's put in within 120 hours (five days) of having unprotected sex. Of course, there are other factors to consider when having an IUD inserted, as outlined in this article.

What are the cons of the copper IUD ParaGard?

Both experts agree that the primary con of the ParaGard is the potential for it to change one's menstrual flow. "Some will notice that their periods are heavier and more painful with the copper IUD," shared Dr. King. "This may not happen to everyone," added Dr. Phillips, "but it is important to know that it is possible. Also, sometimes the period can become a little crampy, so it is important to be open to taking pain medication as needed."

What are the benefits of hormonal IUDs like the Mirena?

Like the ParaGard, the Mirena's primary benefit is its effectiveness in preventing pregnancy, according to our experts. In addition to its long-acting contraceptive benefits, "the levonorgestrel IUD is associated with less painful periods, decreased menstrual flow and, for some people, amenorrhea, which is the complete cessation of menstrual periods," explained Dr. King.

For some, this easing of periods may just be a handy side effect, but for others, it can feel life changing. "The hormonal component of the Mirena can offer people with heavy or painful periods some meaningful relief," said Dr. Phillips. Along with lighter or no periods, people "can notice painful periods and pelvic pain also improve."

What are the cons of hormonal IUDs like the Mirena?

At this point, the Mirena probably sounds like the dream contraceptive but, like anything else, there are potental side effects. "The downsides can include occasional spotting and benign cysts on the ovaries," shared Dr. Phillips. Negative side effects may also include "irregular bleeding in the first several weeks to months after insertion, mood changes, breast tenderness, headaches, or skin changes such as acne," added Dr. King.

Are there any other potential side effects we should know about before getting an IUD?

In addition to the potential side effects for each listed above, Dr. Phillips shared that "all IUDs carry the risk of making a small hole in the uterus and/or getting stuck in the uterus. The risk is very small," Dr. Phillips assured us, but nonetheless, it is important information to know when deciding which birth control option is best for you.

Should I be worried if my period changes after IUD insertion?

According to Dr. King, "it is very common for people to notice changes in menstrual patterns and flow after an IUD insertion." She added that "generally, with a hormonal device, bleeding may be irregular initially after insertion, but will often become lighter as time goes on, simply due to the effect of the hormone on the uterine lining." On the other hand, since periods can become heavier with the ParaGard, "it is important to monitor your periods if they become heavier with ParaGard," explained Dr. Phillips, as "heavier periods over time can cause anemia."

Why can the ParaGard be left in longer than the Mirena?

According to our experts, the main reason why the ParaGard and Mirena differ in duration of effectiveness is because of their contraceptive ingredients. "The Mirena has the hormone essentially infused into the device which is released daily, but will eventually run out," said Dr. King, explaining this is why it's FDA-approved for a maximum of five years after its insertion. The action of the ParaGard's copper coil, on the other hand, "lasts longer than the slow release progesterone that is present in the Mirena," according to Dr. Phillips.

Is it safe to switch from the ParaGard to the Mirena or vice versa?

"There is no problem with switching between ParaGard and Mirena," Dr. Phillips said. "Either can be used at different times in your reproductive lifespan." Dr. King seconded this, adding that "it is all dependent on what is best for an individual at a particular point in their life. Some people get their IUD removed and another one reinserted on the same day."

How do I talk to my doctor about which type of IUD is best for me?

Dr. Phillips said it is first important to "explain to your doctor that you are looking for a long-acting, reversible contraception. From here, they can lead you through the pros and cons of each to see which option may fit you best." During this discussion with your doctor, you should "talk openly and candidly about your goals, health history, and desire for future pregnancy," advised Dr. King.

As far as deciding which option is best for you, "it is important to know all of your contraceptive options to make sure a long-acting reversible option is right for you," said Dr. Phillips. "The next decision point is if you desire a nonhormonal or hormonal option." It's impossible to say which option is best without first knowing your specific medical history. "If you have a history of heavy periods, a levonorgestrel-based IUD system may be ideal for you," said Dr. King. "If you have contraindications to hormonal devices, a copper device may be a better option. Each person will have reasons as to why a device is best for them, and that's OK." 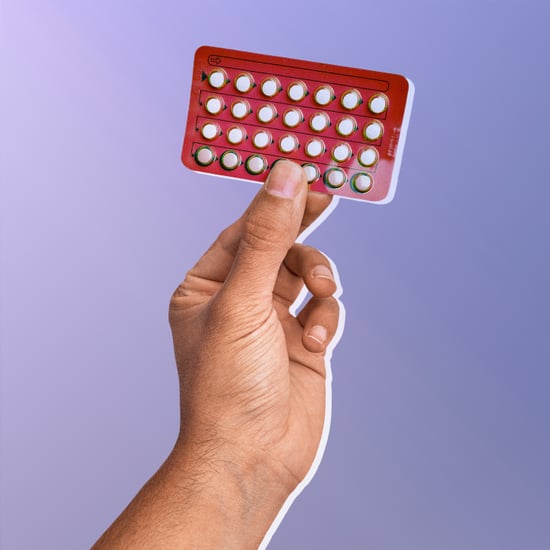