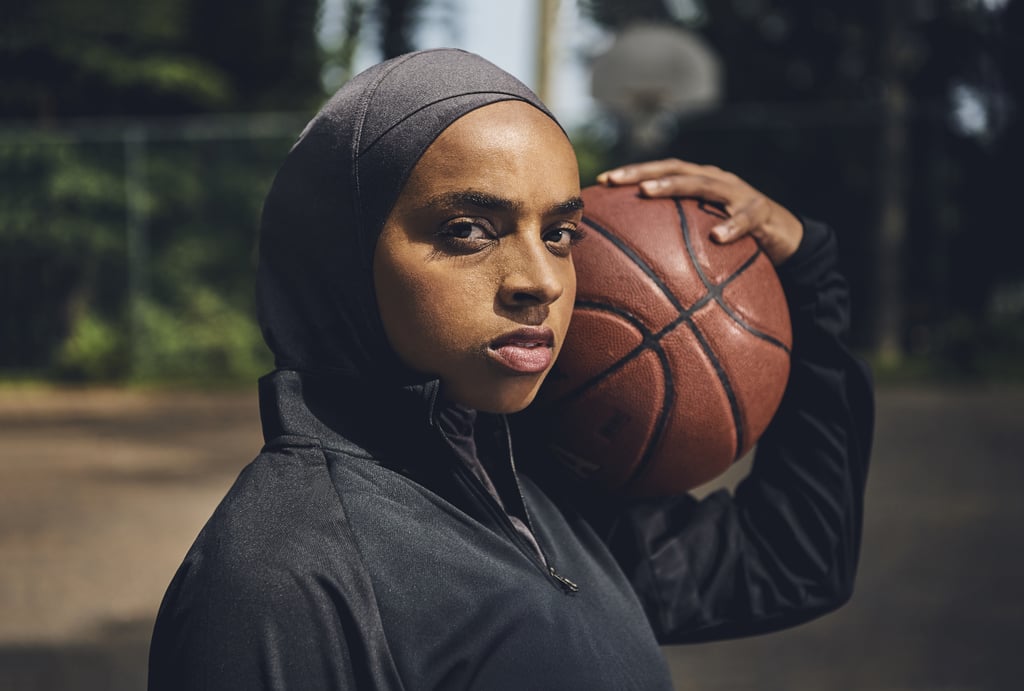 According to Melanie Elturk, the Haute Hijab community has been asking for an athletic line for years. "It was something that came right from our customer base," the Haute Hijab founder and CEO told POPSUGAR. "And we didn't want to do it unless we could really do it right."

The 10-year-old brand released its first line of sport hijabs this week, accompanied by a powerful marketing campaign featuring seven hijab-wearing athletes from around North America. The slogan: "Can't Ban Us," a statement that speaks directly to the outdated and prejudiced rules around the sports world preventing women athletes from wearing hijab in competition.

Bilqis Abdul-Qaadir is one athlete who has experienced this firsthand. A basketball phenom, Abdul-Qaadir broke high school scoring records for her state and went on to play college basketball at Memphis and Indiana State. She was the first NCAA Division 1 athlete to wear hijab. But when she looked to go pro in Europe, she ran into a rule from FIBA, the international basketball governing body, that banned the use of head coverings during games. Rather than remove her hijab, Abdul-Qaadir decided to fight the rule and raise public awareness of the injustice. She was successful, but at a high price: by the time the rule was removed in 2017, Abdul-Qaadir had missed her shot at a pro basketball career. "I had to literally give up my career to make a statement," Abdul-Qaadir told POPSUGAR. "I questioned whether or not I should take my hijab off to play. I don't want any other Muslim girl to have to make that decision."

Abdul-Qaadir is the epitome of the "Can't Ban Us" slogan, Elturk said: an exceptional athlete who was forced to choose between her religion and her sport. "Muslim women are more engaged in sport than ever," she said. "We're not going to be silent. We're not going to sit down. We're not going to stop." The drive of the new line: to gain visibility, push for acceptance, and support Muslim girls and women in their sports and everyday workouts. Keep reading for more on the collection and its message.