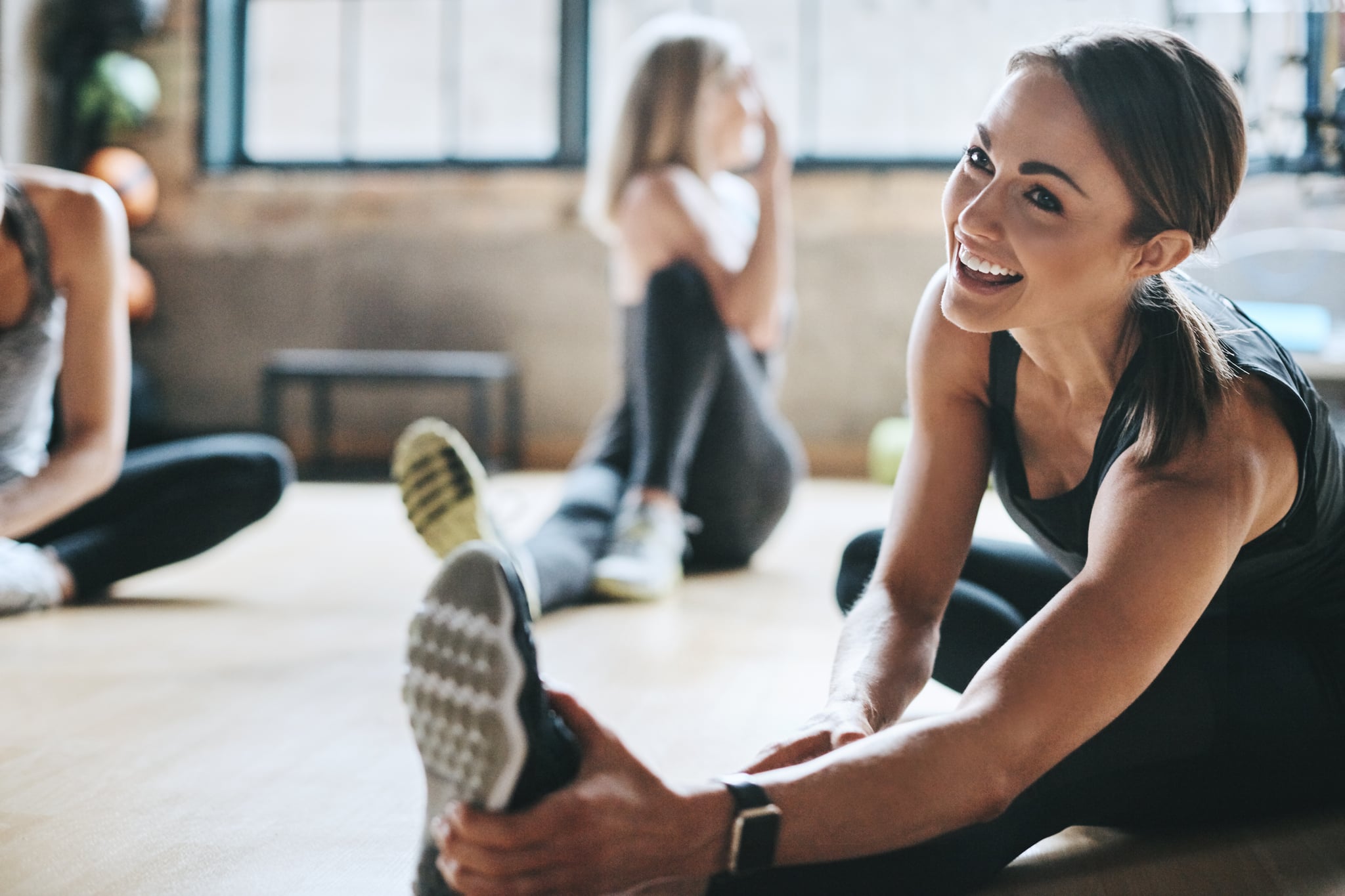 I've been on the fitness train for more than five years now, but I made a lot of pitstops getting to this point. Because as we all know, making lasting changes takes time. When I first began working out, it felt like a chore. My body always ached, and I tried to find reasons to avoid it. But with a lot of persistence, after seven grueling months, exercise finally became ingrained into my daily routine. Sure, it may take some people a lot less time, but that wasn't the case for me, and that's fine.

When I first decided to get fit, I did all of the things the experts tell us to do. I bought a gym membership and some new workout clothes, and downloaded a great playlist to help me stay motivated. And while these ideas are smart to get you started, the only thing that helped me get through is my own damn perseverance.

I failed a lot at first. After I attended a HIIT class, for example, it burned just sitting and getting up off of the toilet. So, I'd skip classes, because frankly, my body couldn't take anymore. The newness of my new clothes and gym membership got old. I started making excuses. "I'll set my alarm and do it in the morning," or "I'll squeeze in time on my lunch break." You know the drill. These excuses began piling up, and that train — well, it always left without me. But I kept trying to get back on.

Related:
When I First Started Running, I Couldn't Make It a Block — Now I Run Half-Marathons

Each month I'd get better. I learned not to take the superhard HIIT classes (and follow the modifications), and to just keep moving. If I found myself really sore after an extradifficult workout, I'd jog, take a gentle yoga class, or even walk. That way, exercise was still part of my routine. I was building a habit but also giving my body (and mind) a little grace, too.

I was building a habit but also giving my body (and mind) a little grace, too.

I'll never forget the moment it dawned on me that working out was something I enjoyed. I was waiting for my husband to get home from work dressed in my yoga pants and tank top. My laces were tied and I was watching the clock — he was late. I couldn't leave the kids alone, and I began to feel the stress knotting in my shoulders just thinking about missing that class. I realized in that moment that if I was getting upset at just the possibility of not working out, then maybe, just maybe, I had finally nailed this.

Seven months is a long time to make something a habit. And I know there's some kickass athletes out there who do it much quicker than me. Maybe it took me a little longer because I was in my 30s, maybe I'm just not as much of a natural athlete as I thought I was. Who knows? But one thing I do know is that it's OK that it took me longer — and it's OK if it takes you longer, too. Because once I finally nailed it, I no longer despised going for a run or attending any kind of workout class. It was simply a part of my life.

Diving into a workout routine is tough, especially if it hasn't been a part of your lifestyle for a while. Start slow. Sure, it's exciting in the beginning, but those new workout clothes won't stay new forever. So, it's staying on track that counts. It doesn't matter how slow the train goes, as long as it keeps going.

Relationships
After My Divorce, I Came Down With "This Is My Husband" Syndrome
by Nikki Frias 7 hours ago