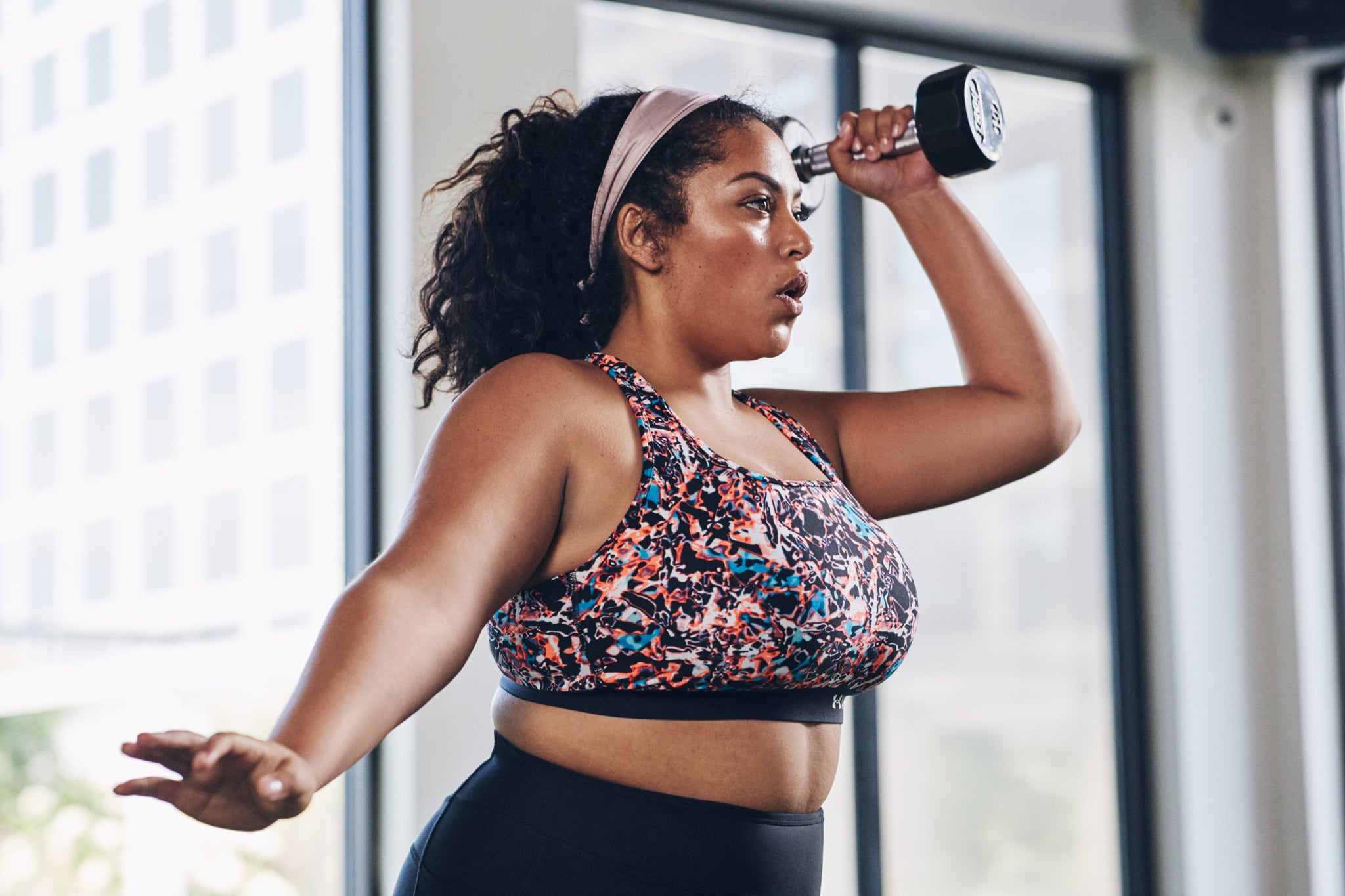 For nearly as long as I've been running, I've been saying, "I should lift weights." And although I've run close to 60 races, the number of times I've touched the dumbbells at the gym can be counted on one hand. But with the recent transition to a totally at-home life, I decided now would be as good a time as any to test the waters with weights.

I dusted off the dumbbells in the back of my closet, laced up my workout-ready kicks like the UA Charged Breathe TR 2 Training Shoes ($80), and signed up for a virtual Barry's challenge to jump-start my venture into a new sport. In doing so, I was vowing to complete 20 HIIT classes in 30 days. In the month-long program, I opted for all strength-training classes to put me as far out of my comfort zone as possible. Now that I'm officially on the other side of the #SocialFitnessingChallenge, I'm walking away a bit stronger, a bit more toned, and a whole lot more reflective. You see, jumping head first into something I had never tried before gave me a totally different outlook on the sport I know and love as well as fitness in general.

Related:
I Walked 6 Miles a Day to Cope With Stress — Here's What Happened After 2 Weeks

Fit Comes in Many Forms

I'm just going to say it: I was cocky. I had a dozen half-marathons and four marathons under my belt — surely I could make it through a 35-minute weights class. But my first Barry's class completely humbled me. I was struggling to keep up and found that I was shaking during every single move — that is, if I could even finish the move. Just because I was "fit" by my running standards didn't mean I was a pro at this program. I reminded myself: When I go on an easy three-mile run, that's only easy to me. What's an easy workout in my book may be someone else's marathon — and vice versa. Barry's challenge was my vice versa! I see now there is no one way to be fit. The only thing that is consistent among athletes is the work required to push you outside of your norm.

I had been confident in my endurance abilities prior to this program, but I quickly learned that setting out to run 12 miles requires a different type of strength than that required to do burpees, squats, push-ups, and curls on repeat for minutes on end. I was routinely pushed to the brink of exhaustion during this challenge and started to feel like perhaps my running career was a lie. Could it be that I wasn't really fit after all? But with each passing class, I got a little better and my confidence in my ability to endure this new type of workout went up. So I realized perhaps it was time to start measuring my fitness success in other ways. I already knew I could run a dozen miles, but I couldn't complete a dozen push-ups. Why not set new challenges and push my physical and mental limits in new ways outside of running? What's more, I was reminded to be proud of the things I could accomplish and not compare them to those I struggled with.

I had been aiming to improve my speed for the last few months and was trying everything to shave a few seconds off my mileage. Turns out all that time I told myself, "I should lift weights," I really should have been. Building up stronger muscles in my arms, legs, and core for these last 30 days helped tone my body in ways that running hadn't done in all my years of training. What's more, it gave me the power to push myself to go just a little bit faster and farther during my runs. That added muscle pushed my body just enough without feeling totally spent and relying on my built-up lung capacity so I was able to break my plateau and hit a goal I had been working for since the start of the year.

Remember Where You Started

It's easy to forget how hard running was for me in the beginning. I could barely run 10 minutes straight when I got started. In fact, it took me well over a year to feel confident and strong in my running. Struggling through my first few Barry's classes brought me back to that new-kid-on-the-block feeling again. As I was shaking and sweating throughout my first week of classes, I still found that each class made me a little stronger.

On my most recent eight-mile run, I started thinking how I didn't want my Barry's challenge to end. I was proud I didn't abandon ship just because my first class was so hard that I was sore for days after. That's when it hit me: the eight-mile "fun run" I was on at that moment only existed because I also didn't stop after my early hard runs all those years ago. I also would sweat and shake through those runs, but I did them. But I only got to this point because I didn't stop. In both running and strength training, I pushed through the hard, bad days in order to get to the good ones.

I believe it's wonderful to acknowledge the accomplishments we make in fitness — the PRs we hit, the races we run, the challenges we finish — but if we don't also celebrate the hard work we put into getting from start to finish, we're only giving ourselves half the credit we really deserve. 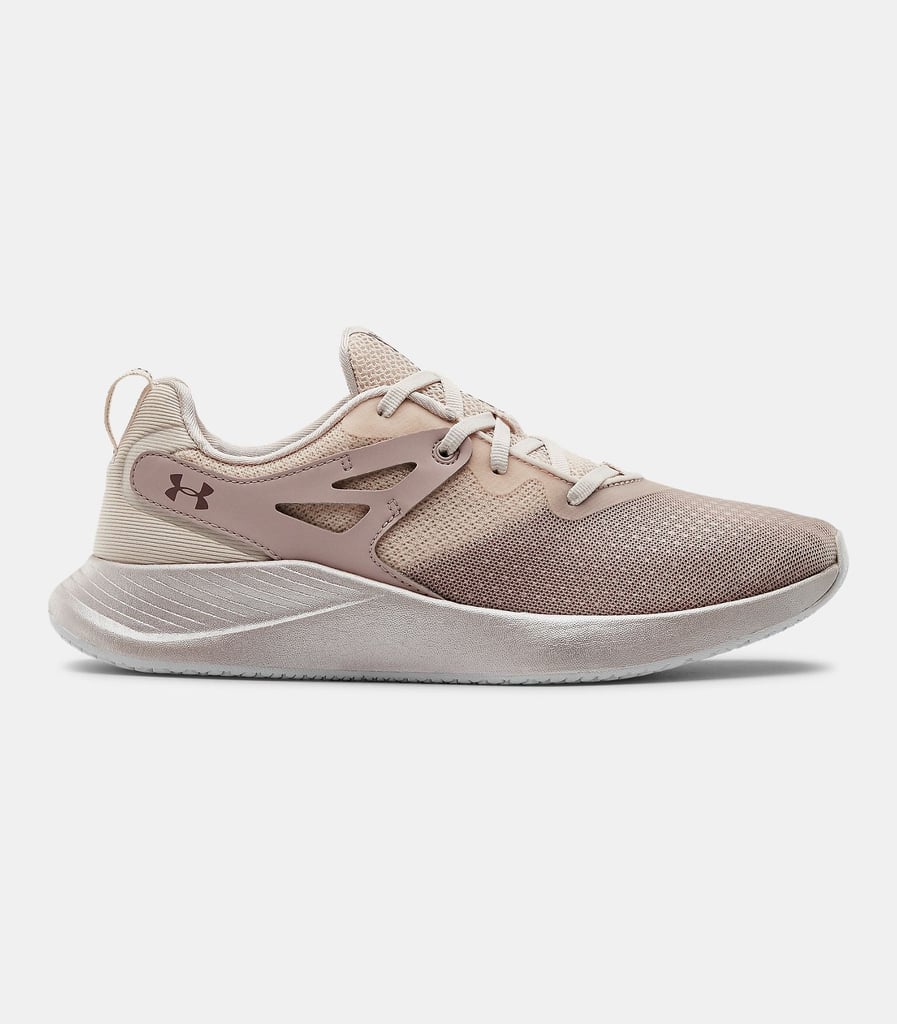