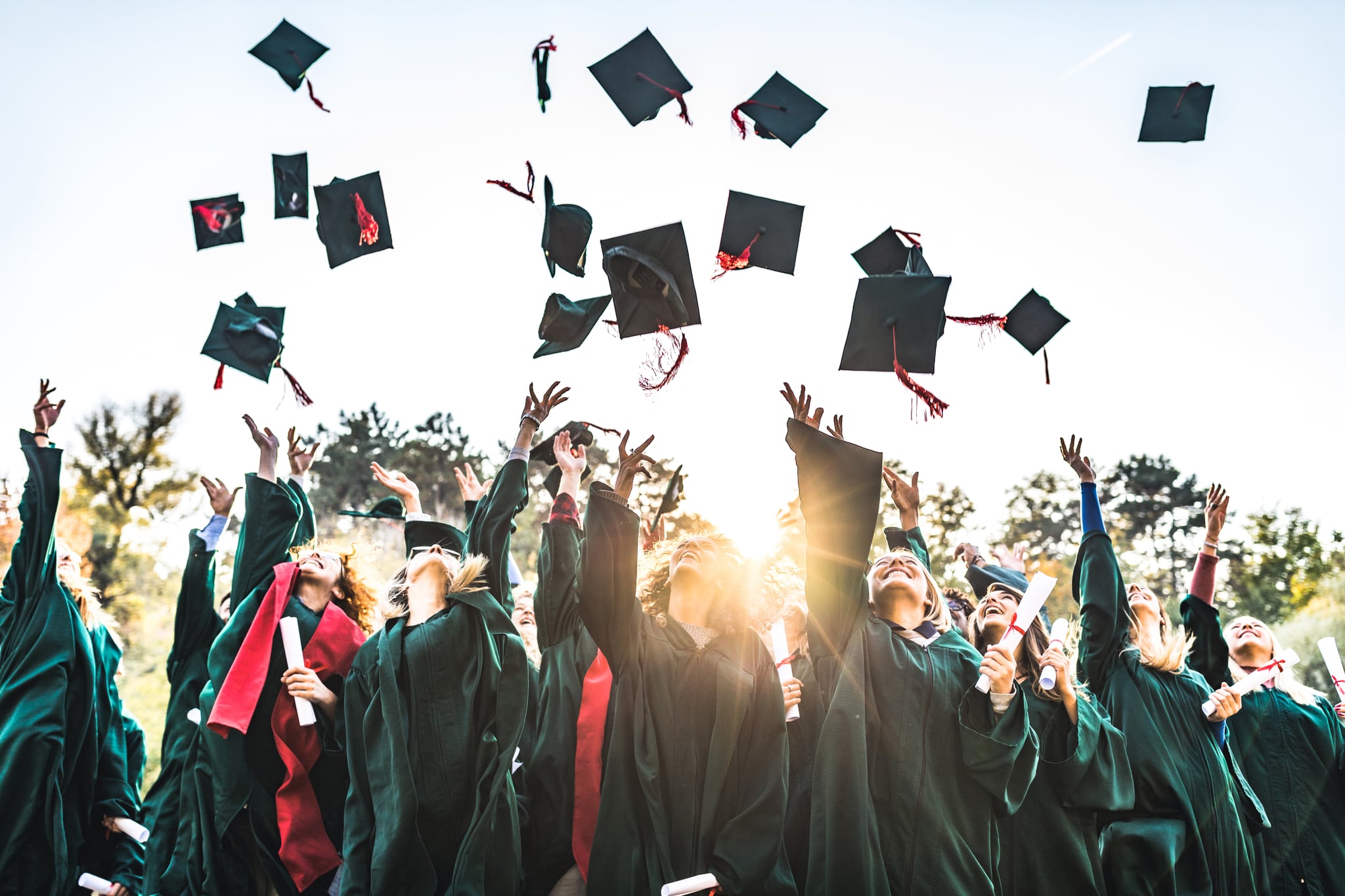 There I was on stage, ready to accept the diploma that would be mailed to me several weeks later, turn my tassel to the other side, and officially become a college graduate. Four years of cramming for exams, writing papers, stumbling home with friends from bars, sleeping too little or too much, and everything in between were over. It was time to take everything I had learned and tackle life after college. And yet, as soon as I turned that tassel, I wanted to turn it back. I wasn't ready to move on, and it wasn't long before I fell into a depression.

Earning my diploma should have prompted joy, and instead I felt despair.

Depression is a familiar foe I know all too well. I've battled depression since I was 13 — I know what it looks and feels like — but the depression I experienced after graduating was unlike anything I had dealt with before. I felt this immense loss in the pit of my stomach, like I wanted to run as fast as I could, but I didn't know where to go. I soon realized that what I wanted was to retreat back to college, where I could remain protected within the walls of academia, but that wasn't an option.

This particular form of depression is even more isolating because of the obvious contradiction. Graduating from college is supposed to be a milestone, a time for celebration. The cards from friends and family read "congratulations," not "sorry for your loss." Earning my diploma should have prompted joy, and instead I felt despair. Though I knew I wanted to work in journalism, I was unemployed. I had to abandon my plan to move to Brooklyn with my best friend, who already had a job lined up. I wanted to build a time machine so badly that I searched for YouTube tutorials.

Related:
You Are Not Alone — This Is How to Explain Your Depression to Your Parents

Instead of transporting back in time, I settled into a new routine: spending every day on my laptop applying for jobs in my pajamas. While job boards are useful tools, it didn't take long for me to realize that I was a faceless applicant in a sea of hundreds, maybe thousands. Most places I applied to didn't even send me a formal rejection. It was bleak and disheartening. I began to feel like my college education had failed me. That I had failed me. I had worked so hard to get good grades while juggling passion projects and internships, and yet here I was spending my Summer moving from one stage of grief to the next: denial, anger, bargaining, depression, hold the acceptance.

It helped to reconnect with my friends who, whether they had jobs or had already moved out, were also struggling.

You often lose yourself in depression, something I couldn't afford to do at a time when I was supposed to be building a new life for myself. But that's exactly what happened: I started to gain weight, because I overindulge when I'm depressed and I was living at home, where the refrigerator was stocked with groceries I didn't have to buy. Getting out of bed in the morning was near impossible. I was both desperate for a job and unmoved by any of the openings. There were days when I didn't apply to anything at all and instead sulked in bed. Some evenings I just sat and cried. It was as if I had no fight left.

After a couple months, I started to feel like I could see the way out of the hole of my depression. It helped to reconnect with my friends who, whether they had jobs or had already moved out, were also struggling. It was just good to know I wasn't alone.

I realized that I could either accept this new normal or make a move to change it. So I stopped wishing for control over those job rejections and instead focused on making myself the best candidate I could be. I began networking, while keeping my options open for things like grad school and fellowships. And eventually I realized that graduating college isn't a life sentence, but in fact the opposite — I have the rest of my life ahead of me, and that's only isolating and scary if I allow it to be. Take it from someone who knows: the same can be true for you.