♬ King of the Hill Theme - The Refreshments

If you let out a sigh (or groan) when you think about doing burpees, the full-body, fat-burning exercise that packs a punch but can be intimidating, you're not alone. There are many burpee alternatives out there, but Justin Agustin is an ISSA-certified personal trainer who wants true beginners to learn the basic motion of a burpee with four key modifications or phases.

You can start, Agustin suggested, with a wall burpee where you jump, plant your hands on the wall in front of you (this is your would-be plank position on the floor), do your push-up, and come back to standing. He demonstrates in the video above that you can also take out the jumping part to make it less high-impact and instead do a reach and calf raise. Next, you will progress by declining the surface height that you're using and doing this move on a countertop, then on a couch. For the couch version, try walking your feet out and in one at a time and holding a plank. Once you get the hang of the movement, then add your push-up. Again, the jumping part of the burpee is not required during the learning process.

Agustin said you can next move down to the floor and do the same modified burpees that you started out with when utilizing the couch (aka, plank burpees). He suggested doing your push-ups separately, which we agree with since you can practice proper form and build strength. He advised working on each of these phases for a minimum of two weeks, two times a week. As for how many to do, his ballpark number was three sets of 10 reps.

With these simple, easy-to-follow tips along with short workout tutorials (even sessions you can on a couch), it's no wonder Agustin has one million TikTok followers. It takes a brave athlete to conquer the burpee — we believe in you! 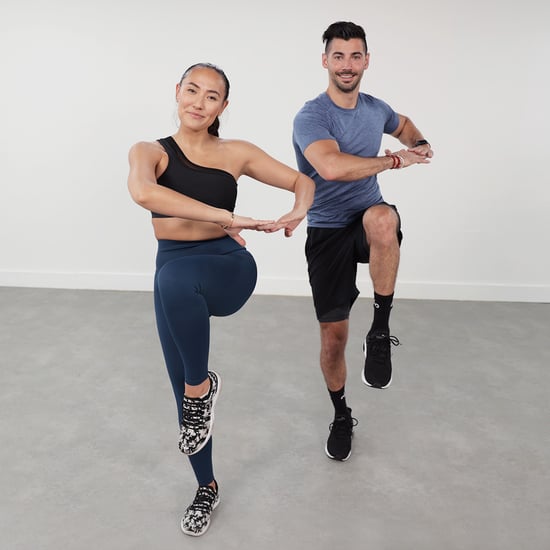 Workouts
What Is a Low-Impact Workout, Actually? You May Be Surprised
by Lauren Mazzo 2 days ago

OREO
This 3-Ingredient, No-Bake Oreo Fudge Recipe Is Perfect for Summer
by Kaley Rohlinger 5 days ago