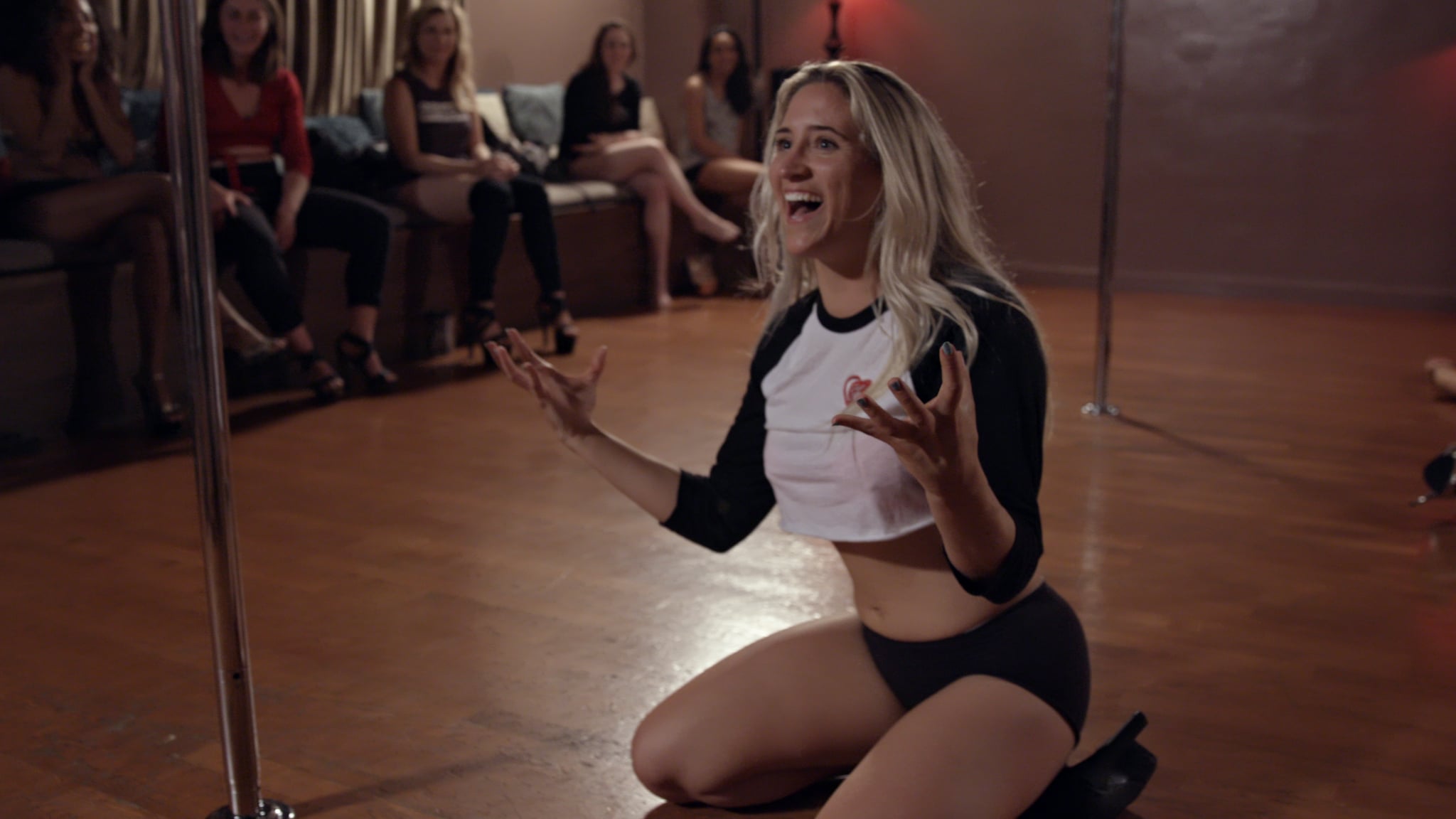 You can hear it in her voice. Megan Halicek speaks of pole dance with undeniable fervor because, well, it changed her life. She is among the group of women highlighted in Strip Down, Rise Up, a Netflix documentary by Michèle Ohayon out Feb. 5 that showcases the world of pole in all its forms: fitness, artistry, competition, empowerment. Her six-month journey in 2018 with the pole-dance program at S Factor, founded by Sheila Kelley, consisted of technical training where she learned pole basics, but it also helped her heal from past trauma. Halicek, as seen in the film, was one of the hundreds of survivors sexually abused by former USA Gymnastics and Michigan State doctor Larry Nassar.

Halicek, who grew up in Ohio and did gymnastics with a club team through level 9, saw Nassar for about a year at the age of 15. She'd suffered from multiple stress fractures in her back, and she quit the sport following these injuries. Before she turned to pole dance, Halicek leaned into meditation and tried to connect with other survivors, but S Factor, which she called just "S" for short, was a physical release that she felt in her body and her mind. "I definitely was looking for a way to release that rage, and for so long as a woman, I was just taught to hide and be small and behave," she told POPSUGAR. "This was really a way to say, 'F*ck that, I'm just going to be free.'"

Related:
If Hustlers Just Made You Want to Hit the Gym, Check Out These 14 Pole Dancing Workouts

It became a form of reclamation: Halicek was able to reclaim her sexuality and her identity. Being vulnerable, she said, was difficult, but the group of dancers who experienced this rawness, this realness, with her made her feel safe even from day one. Initially, Halicek felt "really frozen and ashamed." However, "going through S, it was sort of like no pain and a thawing and just being." For the first time in a long time, she said, she could finally breathe.

One in three women will experience physical or sexual violence in their lifetime. "That's a lot of traumatized bodies walking around," Halicek said, adding that trauma strips away a personal sense of safety. "What I really felt after going through sexual violence was that I was somehow prey and thie world was so dangerous," she noted, further calling on men to make this world a safer place for women.

"We really should be demonizing the patriarchal standards that made us hate ourselves in the first place."

There's one powerful scene in Strip Down, Rise Up where men were brought into an S Factor class. The dancers were encouraged to perform in front of them or simply stand near them — whatever the dancers needed to process that masculine energy. Halicek, tears streaming, held onto one of the men. She spent minutes in that hug. "When I looked in his eyes, I literally, for the first time, felt permission to just be as I am," she recalled. It was a pivotal moment for her because it took courage to let a man embrace her. "It was like this toxicity that I'd held there for so long leaped out of my body, and I just felt beautiful and whole and loved." 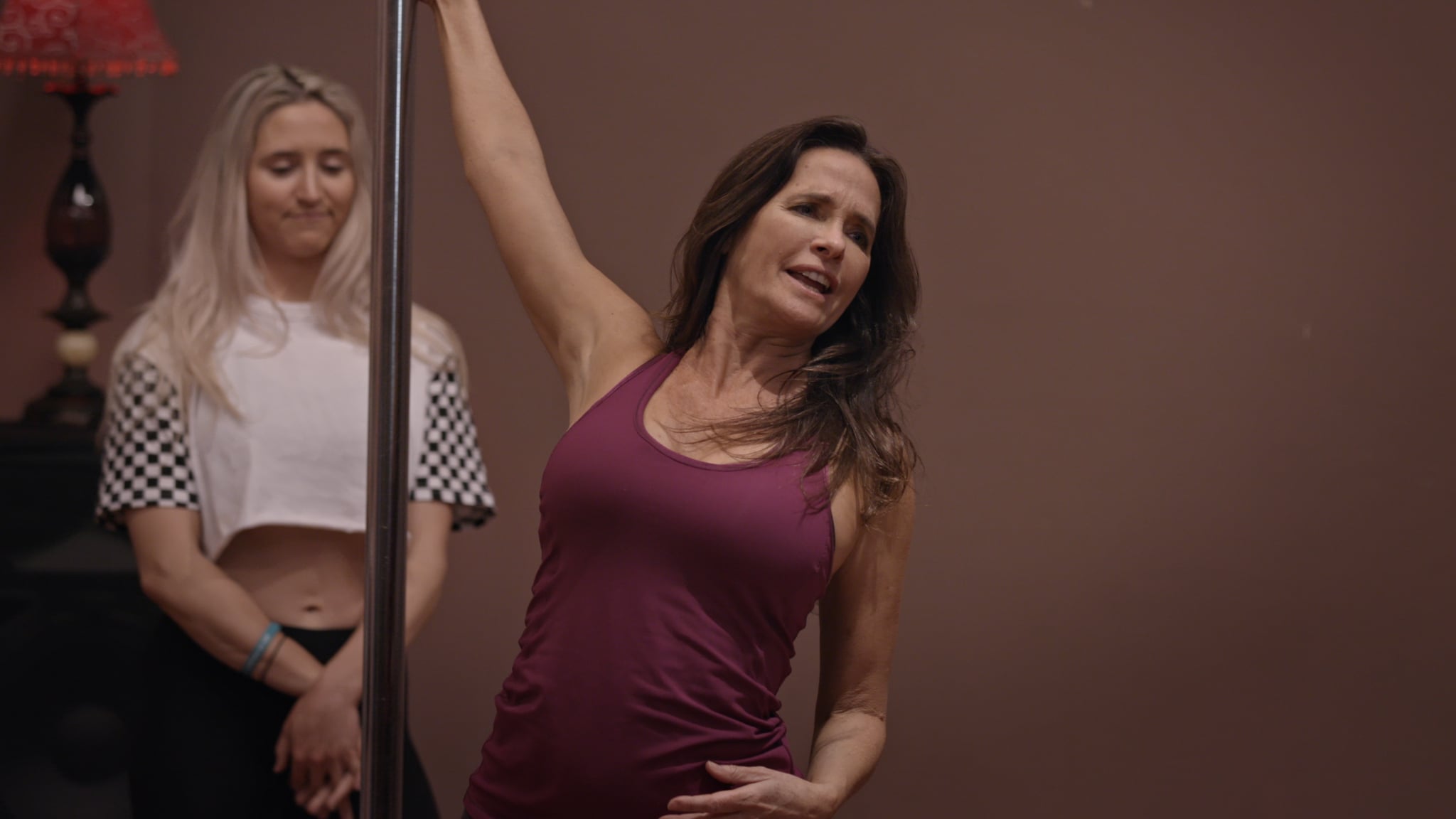 The inner strength that Halicek gained was matched with strength she built in her body due to how physically demanding pole dance is. It takes time and endurance, she explained, even as a former gymnast. Learning how to move sensually was a challenge, she said, but honing in on her sexuality came naturally after that.

"I think women spend a lot of time demonizing other women's confidence or sexuality when we really should be demonizing the patriarchal standards that made us hate ourselves in the first place," Halicek said. "I don't need to be seen as 'good' or 'appropriate.' I need to be free, and I am free. I'm so grateful to Sheila for pushing me and loving me, for helping me be in my body."

Now 30, Halicek is a program director for the Foundation for Global Sports Development, a nonprofit in LA devoted to fostering safe and abuse-free sports for young athletes. She does speaking engagements on sexual violence — venues include the United Nations and the International Summit on Violence, Abuse, and Trauma — and she's an advocate for helping survivors find their voice. Halicek, too, is a co-recipient of the 2018 ESPY Arthur Ashe Courage Award given to the survivors who came forward about Nassar's abuse. Her experience with S Factor also led her to seek out trauma therapy on her own.

At the end of our conversation, Halicek wanted to address survivors. "It was never your fault, and the shame doesn't belong with you. It belongs to the perpetrator," she said. "I want survivors to know that they are not alone, and even in their darkest moments, they are loved and safety is a possibility. It's not only a possibility, but they can thrive. They can thrive again."