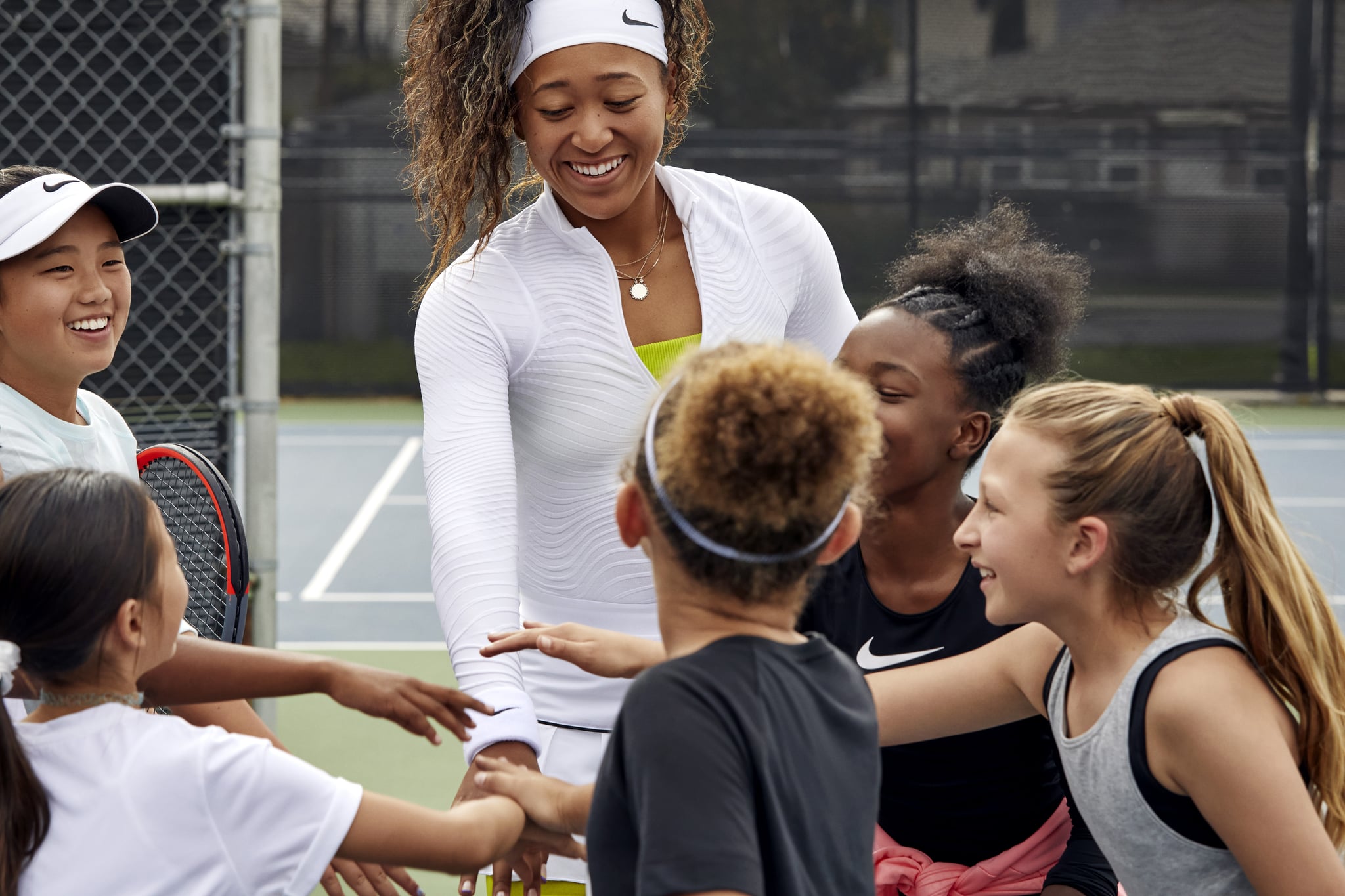 Naomi Osaka was 3 years old the first time she played tennis, and "it changed my life," she said in an essay for Nike. She's been training for years, committing thousands of hours to perfecting her craft, and as a result, has become a household name.

It wasn't her intent, but Osaka has become a role model for thousands of children and young adults all over the world. She hasn't completely adapted to being called a role model — "I'm just being me out there," she said in the essay — but she's aware of the influence she has and how she's changing the game of tennis and sports in general. Osaka was fortunate to have the opportunity to participate in sports but knows that, unfortunately, this isn't the case for everyone, especially for young girls.

Because of this, Osaka partnered with Nike and Laureus Sport For Good to create Play Academy. "There are so many reasons why kids, and especially girls, should get involved in sports. One thing I've learned with Nike and through Play Academy is that girls drop out of sport at twice the rate that boys do by the time they reach 14," Osaka told POPSUGAR over email. Hearing this stat made her sad, she explained, especially as she reflected on the impact sports has had on her life.

Related:
Naomi Osaka on Fashion, Rihanna Being Her Style Inspo, and Learning to Enjoy Tennis Again

"To this day, even when I can't easily achieve something, I persevere until I overcome my obstacles."

The Play Academy is kicking off in Tokyo, honoring Osaka's culture and introduction to tennis in Utsubo-koen, a park in the city of Osaka, Japan, "so the idea of focusing in Japan was a no brainer," she said. Osaka knows that sports can create change on and off the court, can improve one's mental and physical well-being, and can help people create change in their community and in their future careers. And she wants young girls to be able to experience all of this.

Sports have taught her how to lose, she said, referencing a Japanese saying, "fall down seven times but get up eight." She's also learned countless lessons from tennis that apply both on and off the court, with one being to never give up. "To this day, even when I can't easily achieve something, I persevere until I overcome my obstacles," she said.

Play Academy is much bigger than girls playing sports. It's helping them build confidence, improve their sense of self and their coping skills, and be the greatest people they can be. Osaka's goal is for this academy to improve the sports experience for girls in Japan, to provide them with the same opportunities as the boys, to introduce them to role models and coaches who will support them, and to create a future where "girls and boys can play on an equal playing field," she said. Sports allowed Osaka to explore and learn more about the world, to try something new, and it changed the trajectory of her life — and that's what Play Academy plans on doing for the next generation of children.