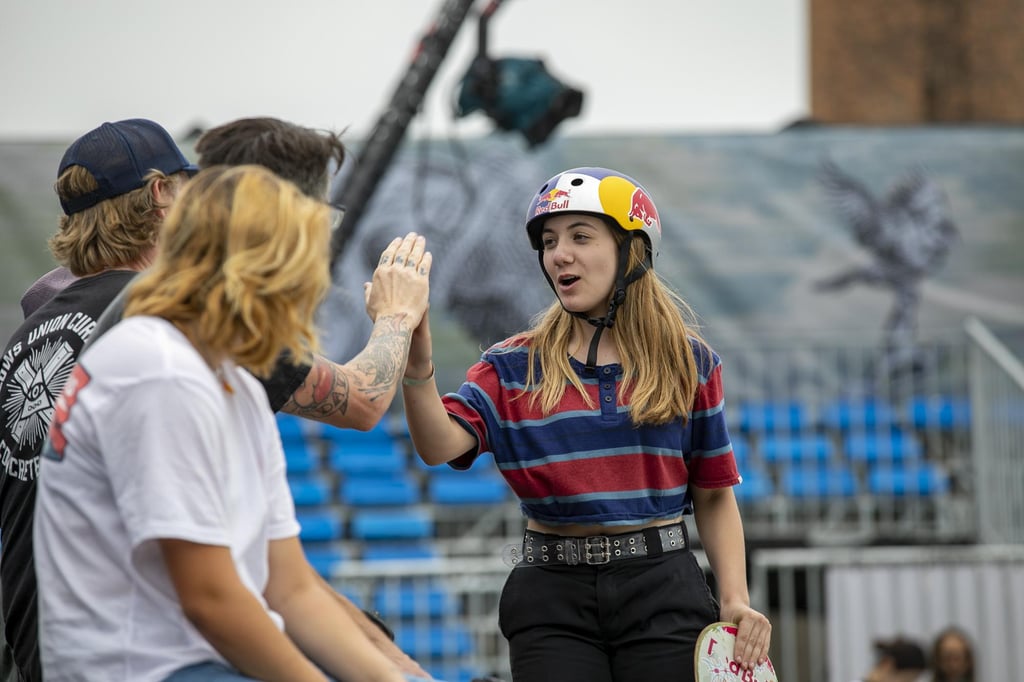 One of the most talked about women in skateboarding, Brighton Zeuner holds the record for the youngest champion in X Games history — she won the day after her 13th birthday. Now 15, Brighton is an Olympic hopeful with her sights set on conquering not just the skateboarding world, but her other interests as well, including fashion design. "My mom and I, we cut up Vans shirts, we sew, we do all this stuff," she told POPSUGAR. To skate well in competition, she added, a good outfit is a requirement.

Despite her successes, Brighton admitted that before contests big and small, "I get really nervous, like really nervous." She's still figuring out how to deal with her nerves, but said she's found at least one thing that helps. One of the physical therapists on the tour ("she's like another mother to me") braided Brighton's hair and rubbed her back before a contest in June, "and I didn't really think about nerves," Brighton remembered. "For the Olympics, if I do make it, I just want to know how to deal with my nerves."