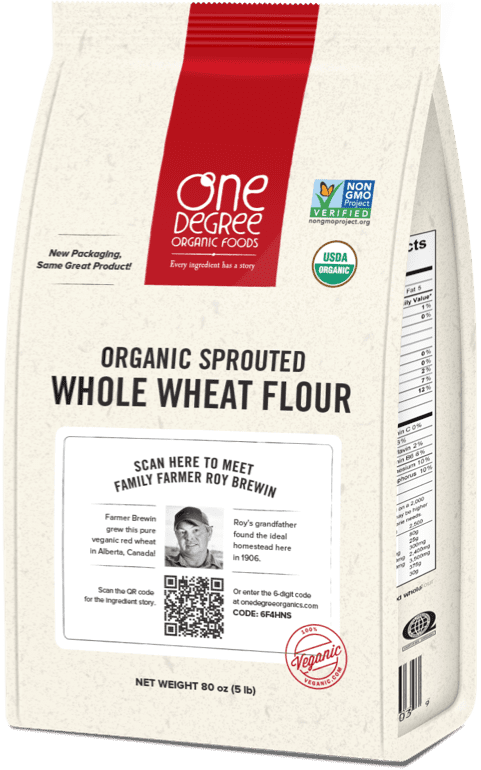 "Sprouting grains and creating flours from them may help to make nutrients in the grains more bioavailable, or readily available for our bodies to digest," Gena explained. "Nutrients that may be absorbed more easily after sprouting include vitamin C, vitamin E, and various amino acids." You can find sprouted whole-wheat flour, sprouted red fife flour, and sprouted rye flour in most health food stores.

One Degree Organic Foods has a range of sprouted flour varieties, some that are also even certified gluten-free. Their gluten-free organic sprouted corn flour, for example, works great for making homemade tortillas, cornbread, and other baked goods. It also works well in combination with other sprouted varieties, such as the sprouted brown rice flour, resulting in an even more nutritious end product with a complex, rich flavor.