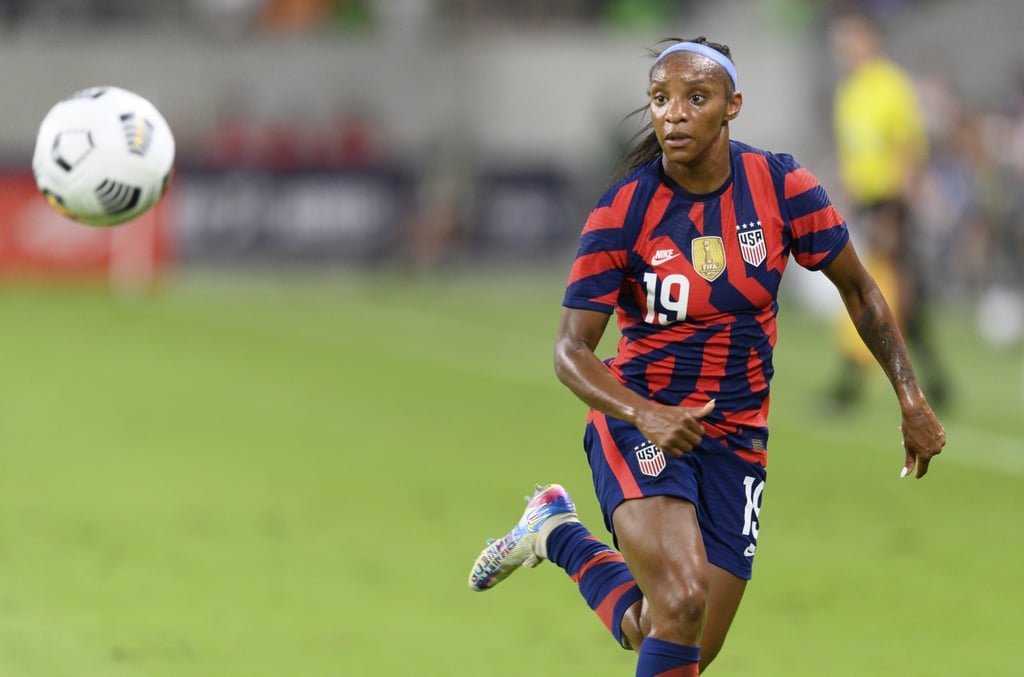 To this day, Dunn remains the youngest player (age 23) to be named the NWSL's Most Valuable Player, and in 2016, she tied a USWNT record, scoring five goals in a single match at the CONCACAF Women's Olympic Qualifying Tournament. She'll be striving for her first Olympic medal this summer.