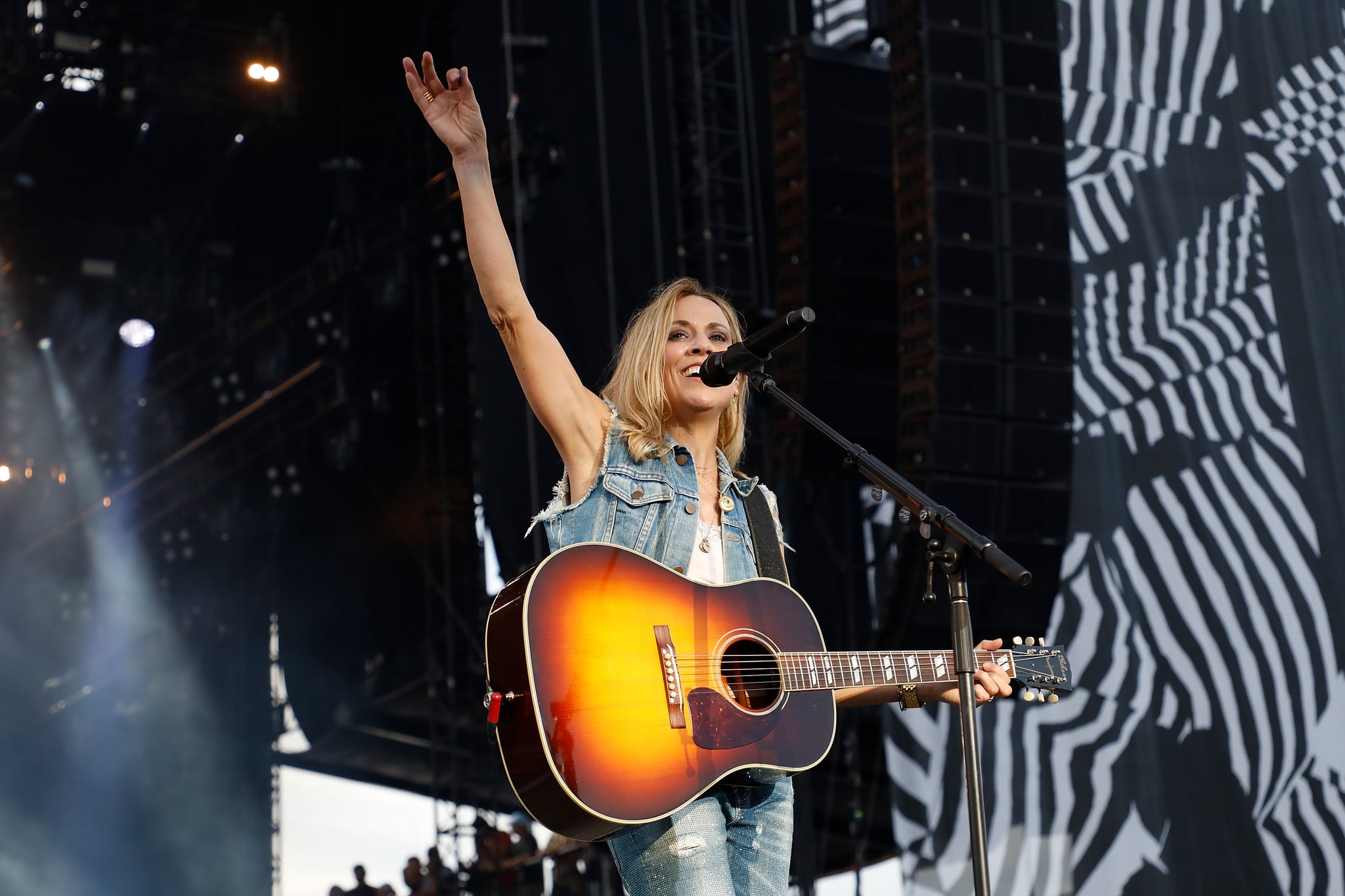 Sheryl Crow said she was the "picture of great health" leading up to a yearly mammogram in 2006. It was after this particular doctor's visit, though, that at age 44 she was diagnosed with "estrogen-positive stage one invasive breast cancer," she told me over the phone. This diagnosis means early detection of cancer in the breast tissue that will ultimately grow in the presence of estrogen. The nine-time Grammy-winning rock star explained that she doesn't have a family history of breast cancer but got her first mammogram when she was 38, a few years before the recommended age of annual mammograms, because she has dense breast tissue, which can increase your risk.

After the mammogram and biopsy, she underwent a lumpectomy and seven weeks of radiation. But, it wasn't just Sheryl who was diagnosed: her whole community felt it. "I mean my family, my friends, my band, everybody surrounded me and carried me through the process," she said. The struggle for her, though, was voicing when she needed space. "That's the challenge of any diagnosis: to listen to yourself and to honor your own needs," she explained. Besides respecting the process and being truthful about her boundaries, another major coping mechanism that helped was meditation.

This time in her life was a turning point. In fact, Sheryl's radiologist advised her not to "miss out on the cancer lesson." She initially didn't know what that meant, but she soon came to realize that every lesson a cancer survivor learns is tailor made for them. Hers was being able to finally understand that it was OK to prioritize her needs before others. "I do find that women who come up to me and say, 'I'm a breast cancer survivor,' they almost invariably tell me the same story, and that is that they put themselves last in the long line of people they took care of, not only emotionally but physically."

"To actually put my oxygen mask on before I put anybody else's on in order to save my own life."

Sheryl continued, "I think I was definitely guilty of that. Part of my challenge with being diagnosed was to put myself first, to learn how to say no, and to learn how to listen to my body when it came to exhaustion, and to not take care of everyone. To actually put my oxygen mask on before I put anybody else's on in order to save my own life."

Sheryl, now 57, wants women to know the statistics around dense breasts and breast cancer. An article published in the Medical Clinics of North America written by three doctors in the field of radiology and cancer research cited a meta-analysis that found that breast cancer risk increases for women with heterogeneously dense breasts (meaning they have some amounts of fatty tissue) compared to those with "entirely fatty breasts." The risk increases even more for women with extremely dense breasts. And, according to one review, some researchers say that breast density can increase breast cancer risk by up to six times.

Related:
Actress Katie Stevens Has the Most Common Benign Breast Tumor — Here Are the Signs

The National Cancer Institute reports that half of females age 40 and older who get mammograms have dense breasts. The other problem is that this tissue shows up white in imaging, and so do tumors, which can cause cancer to go undetected. (Note: Though experts agree that there is increased breast cancer risk associated with having dense breasts, they don't agree on how much of that risk is due to the masking effect of dense tissue and how much of it is due to more epithelial tissue present in dense breasts.) When Sheryl had her mammograms, they were in 2D. Now, 3D technology like the Genius 3D Mammogram (FDA-approved) for which she is a spokesperson is able to "distinguish between what is dense breast material and what is possible invasive cancer material," she said. "That's really a game changer."

"Your life always informs your art."

Sheryl just came out with Threads, what she calls the last album of her extensive career. When asked if her diagnosis and treatment affected her creative process, she said that it did. Everything changed: not just her music. "I mean, it really was a moment of not only redefining my life, but refining my life. Your life always informs your art. It dictates what you care about and what you write about and your perspective." Sheryl concluded, "My joy has never been more intact than now. The last 10 years, not only has my life been enhanced, but just my ability to be in my life and to enjoy my life and to not sweat the small stuff, I think, is directly correlated to having survived breast cancer." 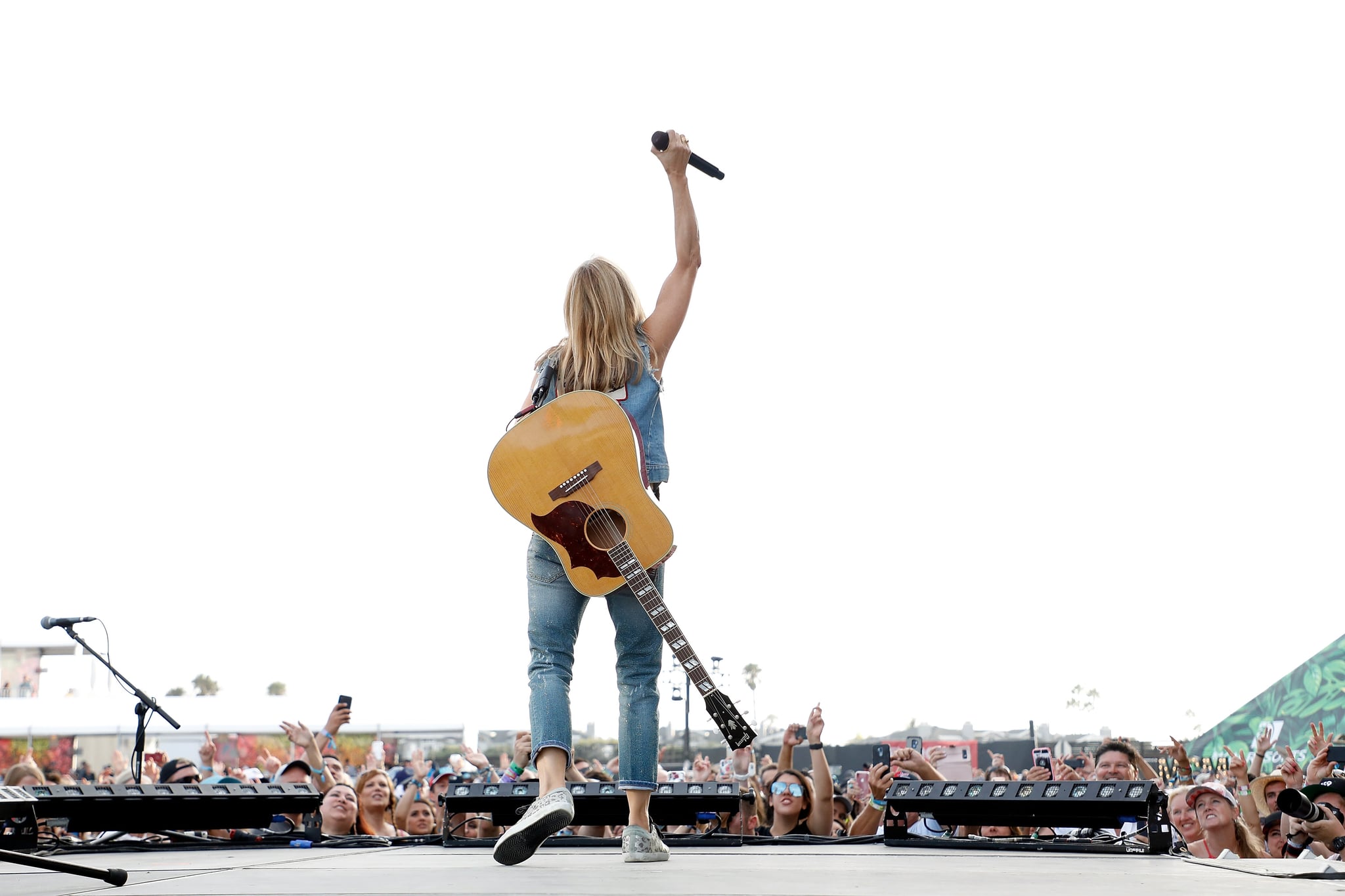