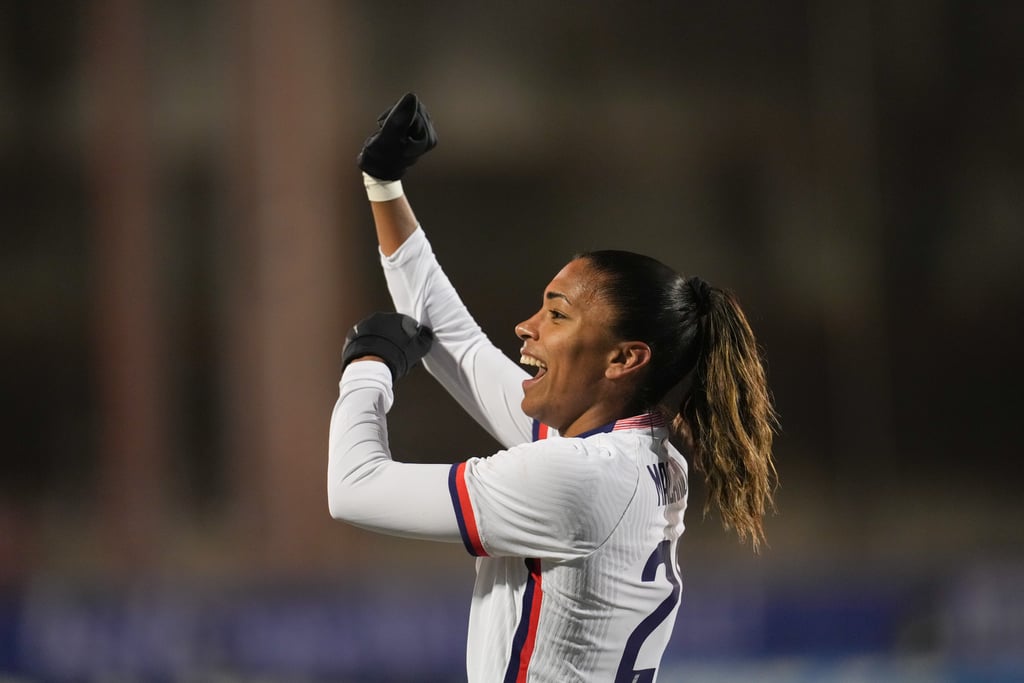 "With the platform that we have, we really wanted to showcase why . . . we do things that are much bigger than just the game."

During the game, a handful of players — including Becky Sauerbrunn, Catarina Macario, Andi Sullivan, Kristie Mewis, and Margaret Purce — were spotted with "protect trans kids" written on their wrist tape in black ink. Seconds after scoring her second goal at the end of the first half, Macario ran toward the sideline and lifted her shirt sleeve to put the statement on display for the crowd. The forward commented on the moment during a postgame conference, saying, "With the platform that we have, we really wanted to showcase why this team is so different and why we do things that are much bigger than just the game. I tried my best when I scored to make sure everyone was able to see it and it wasn't just another thing that was getting put under the rug." She added that the effort was organized by USWNT icon and activist Megan Rapinoe.

Many players also shared resources for supporting trans youth on their social media pages before and after the match. Sauerbrunn, the defender who was named team captain in 2021, tweeted, "To deny gender-affirming resources to trans kids and to threaten their parents and guardians with claims of child abuse is MONSTROUS." She directed her followers to donate to groups like Equality Texas, a political-advocacy organization that fights against discrimination targeting the LGBTQ+ community in Texas.

Read ahead to see Macario displaying her "protect trans kids" wristband at the SheBelieves Cup and snippets of other players making the same statement.

Related:
"We Did It!" US Women's Soccer Players Applaud $24 Million Settlement of Equal Pay Case
Previous Next Start Slideshow
SportsSoccerUSWNTLGBTQ+Athletes