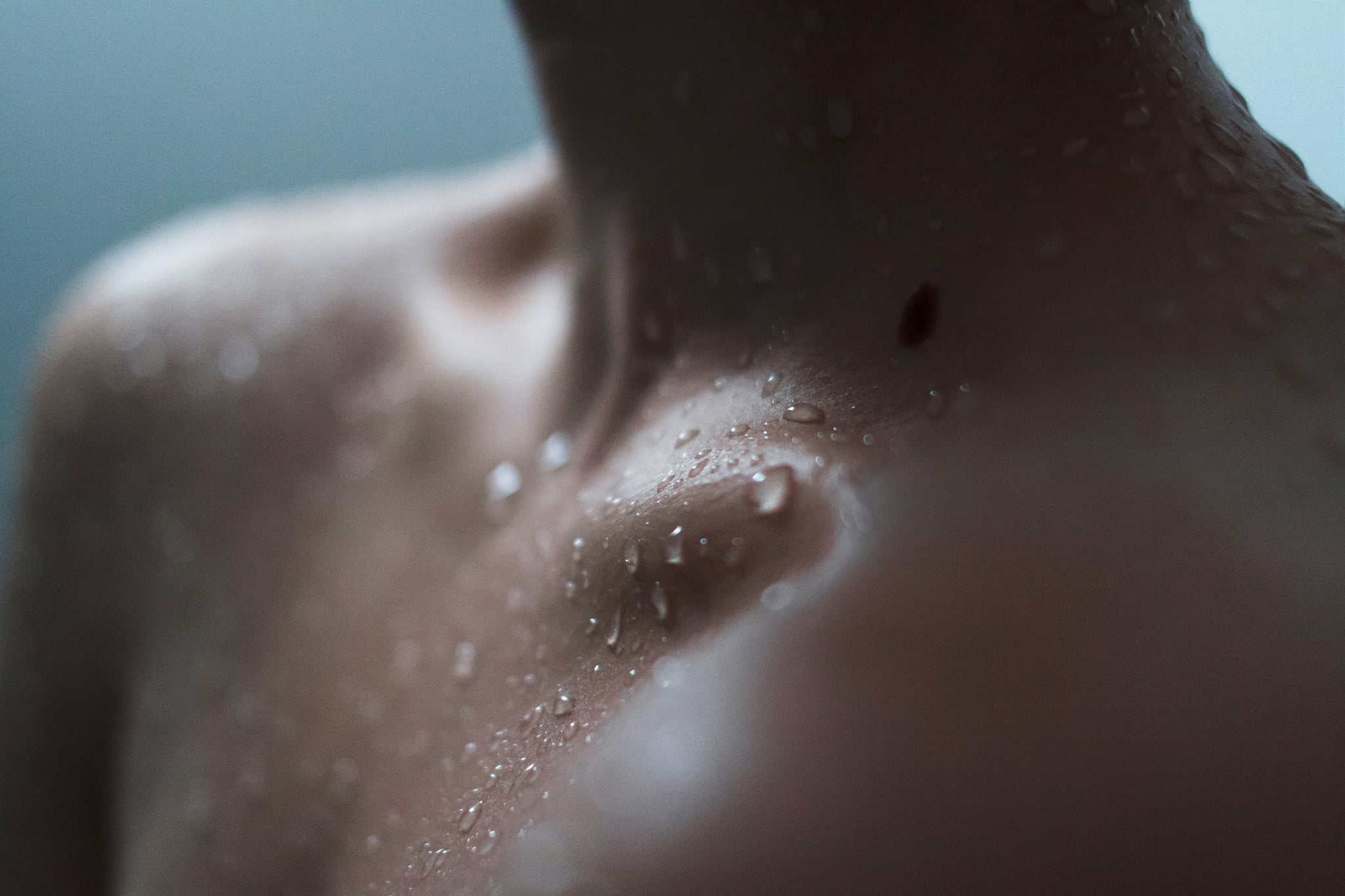 Ever get out of the shower, only to end up dripping sweat? It's super annoying and kind of defeats the purpose of showering in the first place — but there are several reasons this phenomenon occurs, according to Shilpi Khetarpal, MD, a dermatologist at the Cleveland Clinic.

"Hot water that remains on the skin and hair continues to warm the body after a shower," Dr. Khetarpal told POPSUGAR. "The vapor from hot water, combined with the warmer temperature, raises the humidity and temperature of the bathroom, which thereby raises body temperature and makes one sweat." If the sweating seems to get worse once you start toweling off, the very act of drying your skin may be contributing to the problem. "Rubbing the skin with a towel creates friction, which also creates heat," she said. "Also, if the clothing and towel used after a shower are warm, they can immediately warm the body and lead to sweating."

You're also more likely to sweat after a hot shower if you're fevered or have just finished exercising, since both of these cause an increase in basal body temperature.

So, is there a way to prevent it, or at least lessen the sweating? Dr. Khetarpal had a few suggestions. First, try to wait 20 to 30 minutes after a workout before hopping in the shower. "This will help to lower body temperature and decrease perspiring," she said.

Once you're in the shower, you might try slowly turning down the hot water before you attempt to step out. "Gradually lower the amount of hot water in the shower in an attempt to cool the body down," she said. "It takes around 10 seconds for the body to acclimate to the new temperature, so it can continued to be turned down, in 10-second increments, to lower body temperature." Try rinsing your hair with this cooler water, too. This way, "hot water isn't left in the scalp and hair, which can heat the head."

Keep the bathroom as well-ventilated as possible, and when you're finished showering, get out of that humid environment as quickly as possible. If you're still hot, Dr. Khetarpal recommends soaking a wash cloth in cold water and applying it to your face and scalp, which should help you cool off.

Healthy Living
It's OK to Exercise With Uterine Fibroids, but You Might Want to Skip the HIIT Workouts
by Tamara Pridgett 2 days ago