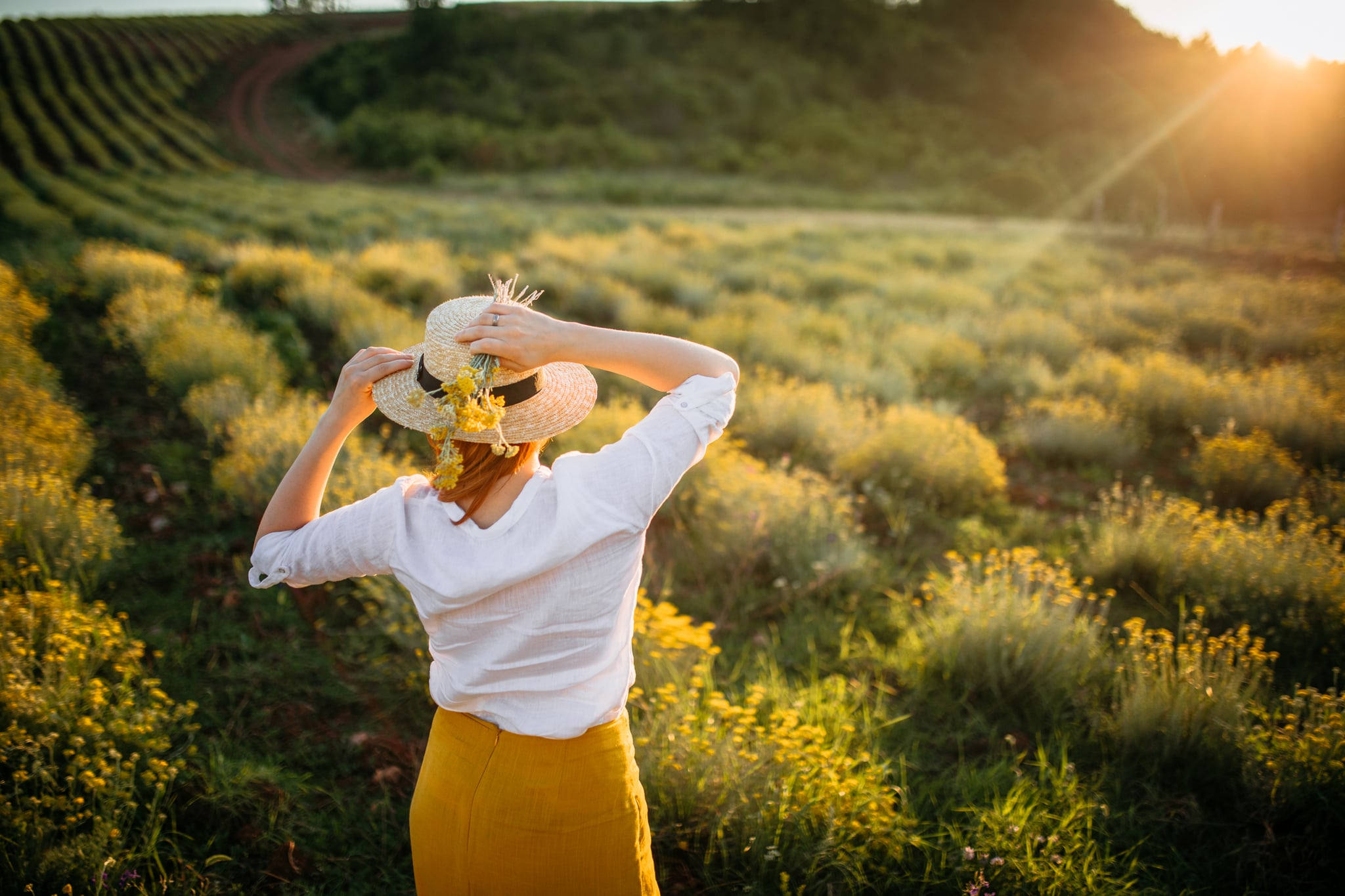 Since childhood, I've known that I didn't have the stick-thin body type you see in magazines. It never used to bother me until other people decided that it bothered them. At 12, I was body shamed by two drunk middle-aged women at an amusement park, as I stood next to my identical twin sister. In the fifth grade, my class was weighed at the beginning and end of the year; I grew four inches taller and gained a decent amount of weight, which led to some harsh whispers. Now, at 27, I'm still getting used to my body, but I no longer let the opinions of other people dictate how I feel about myself.

About a year ago, I upped my dosage of an anti-anxiety medication to help counter increasingly persistent symptoms of anxiety and OCD. With the higher dose came some weight gain, and it was shocking to say the least. None of my clothes fit the way they were supposed to. I couldn't wear my favorite jeans and dresses anymore. Stretch marks seemed to pop up overnight around my stomach. And at first, I panicked. I skipped birthday parties and other outings to avoid having a meltdown every time I got dressed. I stopped trying to look cute because I didn't feel like myself anymore. I allowed my weight to determine my value.

Fortunately, this panic and self-loathing didn't last. After a few weeks of feeling miserable, I was fed up with the person I had become. This wasn't who I wanted to be. I didn't want to be the girl who sat at home instead of meeting up with friends because of a number on the scale. I didn't want to hate myself so much that I forgot how to live. I had wasted so much time obsessing over my body that I forgot what I had: family, friends, a roof over my head, and, equally important, a body that works, regardless of its size. Instead of relishing in what I had, I was allowing myself to drown in self-doubt. I decided then and there that instead of dieting to fit into my old clothes, I would buy new clothes I liked even better. Instead of trying to get back to the weight I was before, I would let my body be.

I decided then and there that instead of dieting to fit into my old clothes, I would buy new clothes I liked even better.

Today, I'm no longer that panicked and heartbroken girl. I no longer isolate myself because of my weight. At the end of the day, it's just a number, and one that will change throughout my life. There's nothing to gain from allowing something so fleeting to define your self-worth. So, instead of dieting and trying to shrink the parts of you that you hate, I hope you'll join me in celebrating your body. There's no one else on this earth that has it, or your generosity, or your sense of humor, or your heart.

It's so easy to judge yourself against magazine covers and filtered photos on Instagram, but every curve and roll and stretch mark tells a story of what you've gone through and how far you've come. Embrace those so-called flaws, because they make you uniquely you, and only serve to showcase your strength and resilience.